Our annual publication presents new scholarship on Hannah Arendt.
The HA Journal embodies the desire to remain true to Arendt’s irreverent, provocative, and vibrant spirit. As such, we publish essays that provoke, surprise, and enlighten as they speak to and about the common world.

Order your copy of the HA Journal now for $35. International orders are $45.

Membership to the Hannah Arendt Center of $100 or more includes a a copy of the most current HA Journal and our newly designed tote bag! 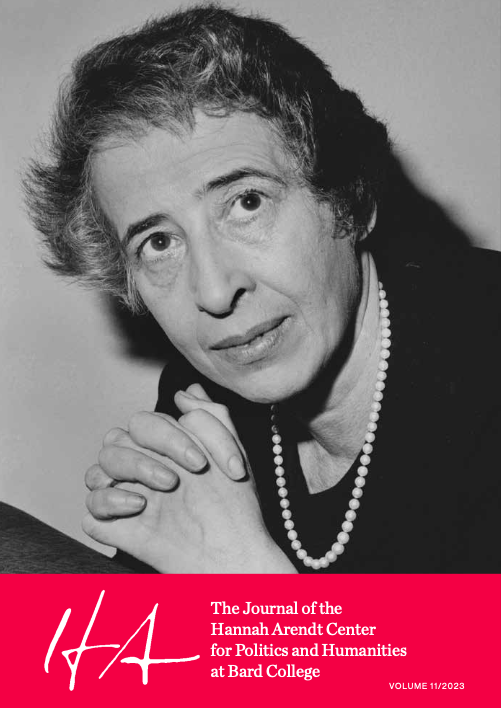 HA: The Journal of the Hannah Arendt Center Vol. VIII