A place for bold and risky thinking 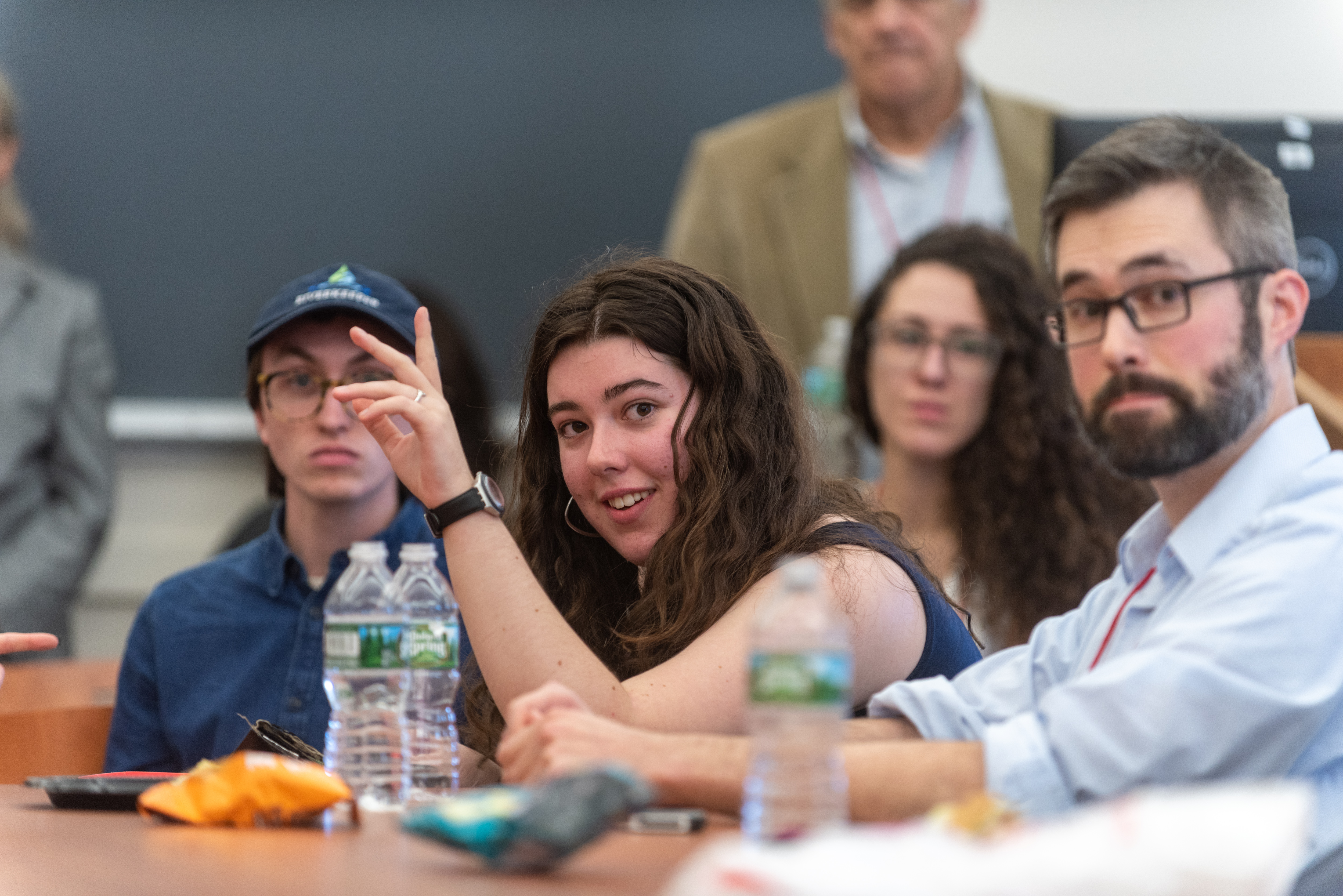 The Hannah Arendt Center for Politics and Humanities cares for and makes available the Hannah Arendt Library, which houses nearly 5,000 books from Arendt’s personal library, many with marginalia and notes. The Center oversees a variety of programs—the Courage to Be, Campus Plurality Forum, and the Virtual Reading Group, among others—that combine courses, symposia, blogs, and oral histories to bring Arendt’s fearless style of thinking to a broad audience. The Center hosts lectures, special events, and themed dinner parties on Hannah Arendt and relevant topics, all leading up to the annual fall conference, where philosophers, thinkers, and activists come together at Bard College's Annandale campus to discuss contemporary issues. Above all, the Center provides an intellectual space for passionate, uncensored, nonpartisan thinking that reframes and deepens the fundamental questions facing our nation and our world. 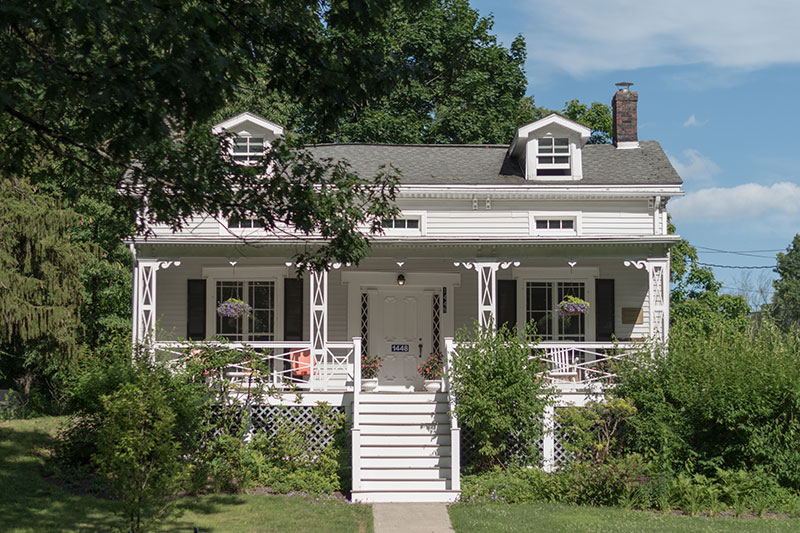 McCarthy House, located on Annandale Road toward the north end of the Bard College campus, houses the Hannah Arendt Center for Politics and Humanities and the Human Rights Project. The house was occupied by novelist and critic Mary McCarthy when she taught English at Bard from 1946 to 1947, and when she returned, from 1986 to 1989. McCarthy and Hannah Arendt were good friends for many years, and McCarthy served as Arendt's literary executor from 1976 until her death in 1989. The conference room in the house features Arendt's desk from her last apartment in New York City.

More About the Center

In her book Men in Dark Times, Arendt explains that darkness does not name the genocides, purges, and hunger that mark the tragedies of the twentieth century. Instead, darkness refers to the way these horrors appear in public discourse and yet remain hidden.

Concentration camps in the mid-twentieth century—and now environmental degradation, the emergence of a superfluous underclass, and dangerous economic irresponsibility—confront us daily. They are not shrouded in secrecy but are darkened by the "highly efficient talk and double-talk of nearly all official representatives, who, without interruption and in many ingenious variations, explained away unpleasant facts and justified concerns." Darkness, for Arendt, names the all-too-public invisibility of inconvenient facts.

In 2006, on the occasion of Arendt's 100th birthday, the Hannah Arendt Center for Politics and Humanities convened its inaugural conference (now published as a book), "Thinking in Dark Times: Hannah Arendt on Ethics and Politics." What, we asked of philosophers, businessmen, artists, and public intellectuals, can Hannah Arendt's insistence that the darkness of the public spotlight is not inevitable, that we "have the right to expect some illumination," teach us about engaged thinking and acting in our world? George Kateb, like many of our speakers, answered that thinking remains the core activity of Arendt's politics; it is thinking, he argued, that makes possible any resistance to political atrocities.

The political implications of thinking are brought front and center in Arendt's coverage of the trial of Adolf Eichmann for The New Yorker. Arendt was struck by Eichmann, the fact that he appeared to her and many others to be “terribly and terrifyingly normal.” The evil of Eichmann's deeds was indisputable, and Arendt is fully convinced he should be hanged for his crimes.

Yet Eichmann struck Arendt as a clown rather than a monster, someone who defended his participation in horrifically evil crimes through a combination bureaucratic depersonalization and self-justifying ideological rationalizations. He was, she concluded, not stupid, but thoughtless, a joiner who found meaning and affirmation in movements to which he enthusiastically abdicated any independence and self-thinking. It was this “absence of thinking—which is so ordinary an experience in our everyday life, where we have hardly the time, let alone the inclination, to stop and think”—that Arendt came to see as one dangerous wellspring of evil in modern times. For a longer exploration of Arendt’s account of Adolf Eichmann, take a look at Arendt Center Director Roger Berkowitz’s essay, “Did Eichmann Think?”

Arendt came to believe that the only reliable protection from the political horrors that have buffeted the last 100 years is found in the activity of thinking. Thinking—as Hannah Arendt insists—erects obstacles to oversimplifications, clichés, and conventions. At a time when people speak and act quickly, thinking forces us to stop and wonder. In a world in which opinion calcifies into unyielding truths, thinking inoculates the thinker from the contagion of conformity. And when popular enthusiasms engulf industries, nations, and the world, those who think act by refusing to join in. They stand apart from the mainstream as individuals opposing clichés and thoughtlessness. The grandeur and importance of the activity of thinking is that those who think form the last barrier to popular delusions and the madness of crowds.

And yet it is shocking how little thought is given to thinking today. “Think tanks” churn out policy papers; political analysts turn politics into a game of strategy; and political scientists increasingly model behavior on non-existent rational actors or engage in abstract debates about norms of justice. What is missing amidst all of this talk about politics is an institutional space for thinking itself.

Because thinking cannot be taken for granted, it requires cultivation. The Hannah Arendt Center at Bard is dedicated to nurturing engaged thinking about political questions that is so needed and so absent today. In 2009, at the height of the financial crisis, we asked people to step back from policy suggestions and finger pointing and to think about the deeper intellectual foundations of the financial crisis. In 2010, the Arendt Center assembled leading public intellectuals like Ray Kurzweil and Sherry Turkle, as well as philosophers, artists, and business people, and challenged them to confront the increasing inhumanity of our age. As machines and systems make more of the essential ethical and political judgments that stamp our age, what role do humans have in our increasingly inhuman world? In two conferences in 2011—"Lying and Politics" and "Truthtelling: Democracy in an Age Without Facts"—the Arendt Center is shining a light on the untruths and powerlessness of facts that are corroding our politics. Most recently, in 2014, our conference The Unmaking of Americans” asks what values or virtues, if any, can inspire Americas in the present and future to sacrifice their personal interests for the public good.

The central goal of the project is to preserve and catalog all items in Hannah Arendt’s personal library. The collection was acquired in 1976 through the efforts of co-executors Lotte Kohler and Mary McCarthy; Alexander Bazelow (Bard College, Class of 1971); Irma Brandeis (Bard College faculty 1944–1979); Librarian Fred Cook; and Bard’s president, Leon Botstein. The collection is located in the Bard College Stevenson Library. 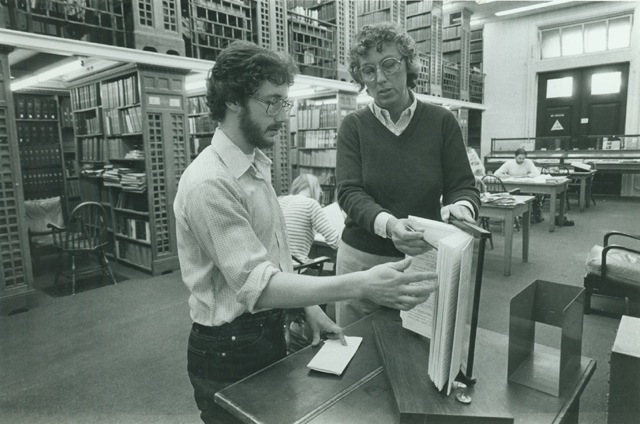 The collection represents approximately 5,000 volumes, ephemera, and pamphlets that made up the library in Hannah Arendt’s last apartment in New York City. Of particular significance are the many volumes containing considerable notes, underlinings and other marginalia, as well as many volumes inscribed to her by Martin Heidegger, Gershom Scholem, Rudolf Bultmann, W.H. Auden and Randall Jarrell, among others. In addition to preserving and cataloging the collection, we have begun to digitize selected materials with the aim of sharing some of these unique resources with the international scholarly community in order to expand the rich contemporary dialogue on Arendt’s significant contribution to public discourse.

Access to the collection is by appointment only. Please complete the Special Collections Request Form and an archivist will contact you.

Do you have a collection of Arendt's works? We'd love to see your library and share it with Center members around the world.
Send your images to us and we may feature them on Instagram, Facebook, and Twitter.