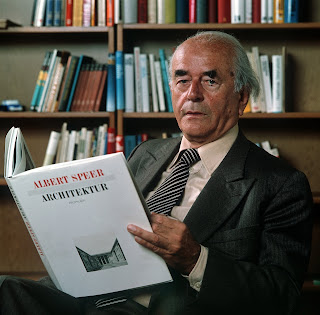 I was privileged to conduct a Question and Answer session with Vanessa Lapa and Tomer Eilav about their new documentary “Speer Goes to Hollywood.” The documentary is based on over 40 cassette recordings in which Speer sought to edit and create a Hollywood movie about his life and involvement in the Nazi Party. Speer was masterful at both admitting that what he and the Nazis did was morally disastrous and erecting a shield of justifications and bureaucratic distinctions that convinced himself, and many others, that he had not known the extent of the Nazi crimes he was engaged in. In this regard, he was less banal that devilishly manipulative, and the movie offers a glimpse into one of the most brilliantly evil persons in history. You can listen to a podcast of the Q&A here.