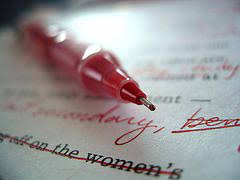 Roger Berkowitz
Peter Maguire reminisces about his time at Bard when his “teachers cared about my education, they did not care about my ego.” Maguire reprints some of the comments he received on the end of term criteria sheets that Bard professors still fill out for every student. Here are two, by Bard’s President (then and now) and Bard’s former Dean:

“You have difficulty in writing critical papers Peter so I urge you to read my comments closely.  You lost all clarity towards the end of your paper, and your typos and spelling mistakes got worse.  You need to work at constructing an argument very carefully—using language with precision, documenting your arguments, and providing a clear structure to the argument.”  —Anthropology professor Michelle Dominy.  Grade:  C+

Maguire also visited Mary McCarthy at her house on Annandale Road, the very house that currently houses the Hannah Arendt Center. He describes how McCarthy read and seriously edited his Senior Project and convinced him to get a Ph.D. in History rather than publish it directly. For Maguire, however, it was not just McCarthy’s advice and mentorship that he value. Above all, he cherishes her speech “‘Useless Freedom’,” that she delivered on a cold, October night in the Olin Auditorium.” Maguire then includes McCarthy’s “Useless Freedom,” a speech we would all do well to revisit.

In matters of freedom, it should be even easier, since violence is rarely at issue or only remotely, hypothetically, where control of expression is being argued for. Holmes’ argument that “No man has the right to call ‘Fire’ in a crowded theatre” is of course only a metaphor—what does the word “fire” stand for and where is the crowded theatre?  What Holmes is really excluding from constitutionally protected speech is our old friend “incitement to riot.”  But this too, though not quite a metaphor, trembles on the edge of figurative speech, and demands further definition:  what exactly is a riot and what sort of language would be likely to cause one?  The whole problem is there.  It is in the interest of freedom, that is, of a free society, that our guardians (in the Platonic sense) be fearless rather than fearful of consequences.  Our guardians should not be worriers, which it is the very nature of a censor to be.  If we are going to picture our common life in terms of Holmes’ metaphor, rather than worry over what may be dangerous in utterance and what not, it would make sense to legislate for a proper number of exits, stairways, fire escapes, extinguishers, asbestos curtains, and so on.  That, too, is a metaphor, evidently, and I will leave it to you to decide what sort of legislation would harmonize with the maximum freedom of expression.

Arguments for more control (i.e., less freedom) at present are not so concerned with the possible menace of physical violence—rioting—as with psychic violence emanating from films, comics, television.  This is a parental sort of attitude.  It is felt that the populace, particularly its younger and less literate members, is being poisoned by the media.  In much the same way as with more reason people imagine they are being poisoned by radiation, acid rain, nuclear waste, food additives, chemical fertilizers, sprays. Often the same people have both preoccupations at the same time and belong to groups that are vowed to “do something” remedial.  I notice only one difference.  Those who worry about the environment as a pollutant are worried about the effect on themselves—as well as on others, including the whole race—while those who worry about the media are not thinking about the effect on themselves, only on others, the young, the poor, the black.  The conviction that the violence in the media leads to crime is shared by the Far Right, the Right, and by a great many liberal Leftists, above all those with a psychiatric outlook.  Many of those latter call for some form of censorship, “enlightened” or otherwise. Always for the protection of the weak. And it is natural, I suppose, that a religious man, adherent of one of the fundamentalist sects, would not view his TV set as full of danger to himself but only to those less blessed—the lesser breeds without the law.  In the same way, porn on the screen, or in girlie and homoerotic magazines, is frowned on by some liberals as a source of crime.  (The first case of this I remember was the Moor Murders in England, where one of the mass killers actually confessed to having been murderously excited by pornography.  This was discussed on television, and out of the case emerged a sort of pop moralist, Mrs. Mary Whitehouse, who set herself up as the good fairy of British TV watchers.) But no liberal, naturally, would fear that the nightly TV he watched might make him crime-prone or have any injurious effect whatever, though I think I have noticed some brain damage in friends that seems to derive from too regular watching of the MacNeil Lehrer show.