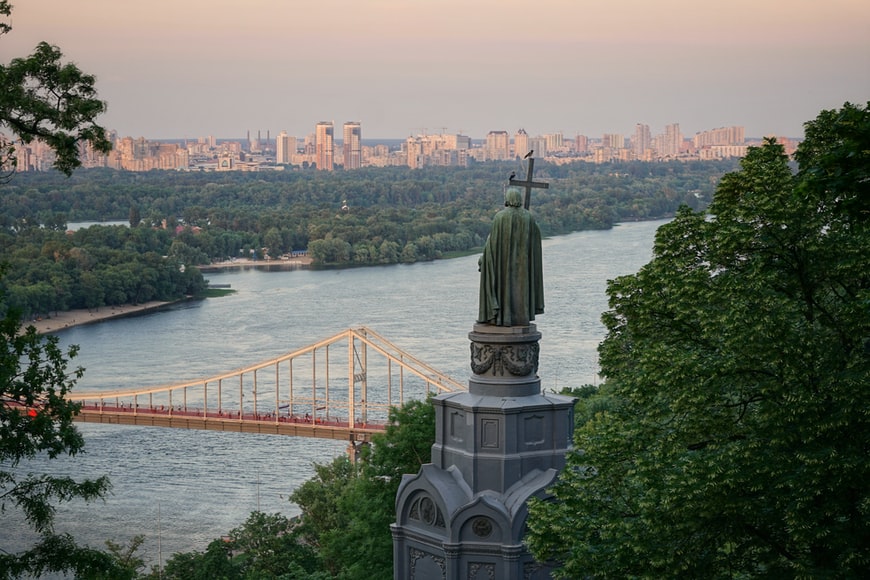 A Decade in a Week

Roger Berkowitz
It was Vladimir Lenin who said, “There are decades where nothing happens; and there are weeks where decades happen.” And now it is Vladimir Putin who has punctuated Lenin’s remarks. Our world has changed.

Of course, we continue teaching, studying, working, and playing. Spring Break begins soon for many colleges, so students will flock to beaches and mountains. I’m flying to Europe tomorrow for a conference. The world goes on. And yet, while we may not yet know it or feel it or know how, Russia’s criminal attack on Ukraine is transforming the world. It is folly to predict what comes next. But it is fairly clear that the post-Cold War order is over.

That post Cold-War era that lasted from 1990 to 2022 now seems very much like the two decades that Stefan Zweig called the “Golden Age of Security” that separated the temporary decline of antisemitic parties in Europe from the outbreak of the first World War. Hannah Arendt writes of this “Golden Age of Security” in The Origins of Totalitarianism as a time when “only a few who lived in it felt the inherent weakness of an obviously outmoded political structure which, despite all prophecies of imminent doom, continued to function in spurious splendor and with inexplicable, monotonous stubbornness.”

The last three decades increasingly look like that “Golden Age of Security” that came to an end in 1914. Here are a few essays and talks worth your time to understand the changes upon us.

Watch The War in Ukraine and the Future of the World  featuring Yuval Noah Harari , Timothy Snyder, and Anne Applebaum.

Read Volodymyr Yermolenko, a Ukrainian philosopher, who argues that amidst the many and varied realities of Ukraine, the central defining factor is the desire for freedom. Remember, while reading this, that in idolizing the freedom-loving Cossacks, Yermolenko leaves out the antisemitc history of the Cossacks; and in praising the republicanism and plurality of modern Ukraine, he also ignores the far-right neo-Nazi foundations of the Azov Brigade, one of Ukraine’s leading military structures. I mention this not to dispute or reject Yermelenko’s analysis, but to remind us that freedom, as Alexis De Tocqueville reminds us, is often exercised in ways that are partisan, dogmatic, and even racist. Whatever the real history of Ukrainian identity may be, it is also the case that this particular war in Ukraine is now a fight for freedom. And in the fight for freedom, it is possible that the experience of freedom will come to the fore. As Hannah Arendt wrote in On Revolution,

What the revolutions brought to the fore was this experience of being free, and this was a new experience, not, to be sure, in the history of Western mankind—it was common enough in both Greek and Roman antiquity—but with regard tot he centuries which separate the downfall of the Roman Empire from the rise of the modern age. And this relatively new experience, new to those at any rate who made it, was at the same time the experience of man’s faculty to begin something new.

Today, the policy and press minstrels who helped to create this mess clutch their pearls and gasp in disbelief.  However, not all of us turned a blind eye to larger strategic plans of Russia and China and the inherent weaknesses and dangerous conceits of globalism/neoliberalism.  It was clear to see if you cared to look.  Once again, Sven Lindquist said it best, “You already know enough.  So do I.  It is not knowledge that we lack.  What is missing is the courage to understand what we know and draw conclusions.”