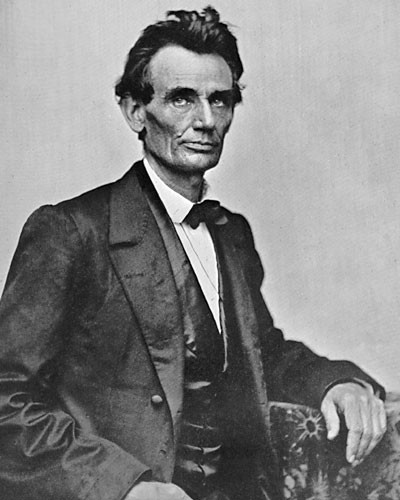 A Higher Understanding of Freedom

By Richard A. Barrett, Assistant Professor of Political Science at Mount Mercy University

Politicians, despite their divergent views and their distaste for each other, share at least this common ground: they believe in the vigorous pursuit and defense of freedom. In campaign speeches and party platforms freedom is one of the most frequently used terms. Freedom is set forth as a goal, as something that goes hand and hand with democracy.

Yet if we pause to think what we are doing, if we ask what precisely we want, what is it that we value enough to risk life and national wealth? What is our answer? When I ask this question of college students — students who are bright, engaged in their studies, and interested in politics — they are at loss. To be sure, they can list things they would like to be free to do, but why freedom is among the highest goals, why it is worth great sacrifice to achieve or maintain, they have difficulty articulating. To be fair, adults typically have the same difficulty, even when they happen to be professors of political science. Some will argue that the guarantee of individual freedoms is necessary to avoid oppression, such as the freedom of political speech to prevent the establishment of tyranny, but this sidesteps the question about freedom to a more narrow discussion of particular liberties. What nearly all responses lack is a persuasive account of what freedom itself is, why freedom is valuable, and why freedom must be coupled with democracy. Might we not be just as well off under a benevolent dictator so long as he left us free to pursue our economic and social lives as we please?

Arendt is concerned that we have nearly forgotten the most important understanding of freedom. This danger is rooted in the political writings of the seventeenth and eighteenth centuries, most conspicuously in the works of Hobbes, among thinkers who identified political freedom with security. Freedom was taken to mean the individual’s security against violent death, and it later came to mean the life process of society as a whole — one might say political economy. But the term political economy is, from one vantage point, a contradiction in terms: it comes from polis, the Greek term for the people who make up a polity and oikos, the term for things related to the home. The home was the unit in which people sought to liberate themselves from the bonds of necessity, from the need to obtain the goods required to survive. Only after managing the household to a point where one’s necessities were no longer a concern, where one was financially independent, could people engage in political affairs. In this way, the realm of the political and the realm of the home (oikos) were separate; and yet the modern focus on political economy ignores and obscures this line. This division has been complicated in the modern world as countries pursue first necessities, and then additional material goods, as a social matter. For Arendt, the modern understanding of freedom threatens to make us forget a higher conception of freedom and instead believe that freedom is limited to something much shallower.

To help us appreciate this older sense of freedom, Arendt distinguishes freedom from liberation or liberties. Liberation is about lack of restraint. It is the removal of constraints on our behavior, including restrictions on our ability to move from place to place or being bogged down with satisfying life’s necessities like getting enough food and shelter to survive. These constraints impede our ability to take action. By contrast, freedom is experienced in the process of acting in a public space shared with others who have already been liberated. Aristotle depicts this difference in the beginning of his Politics, explaining that a polity comes into existence for the sake of living, but continues to exist for the sake of living well. I take this to mean that communities form for the sake of life’s necessities — for survival — but once they help us achieve that they continue to exist for the sake of the good life — for excellence quite apart from material wants.

Arendt describes how this higher type of freedom requires a shared common space wherein people can act with something akin to the virtuosity exhibited in the performing arts, only in this case the art is politics. Thus freedom, in this deeper sense, manifests in actions we take inspired by principles such as love of equality, distinction, or virtue; yet Arendt cautions that action can also be inspired by fear, distrust, or hatred. Through such political acts people can “call something into being which did not exist before, which was not given, not even as an object of cognition or imagination.”

It is with this in mind that Arendt emphasizes that “political institutions, no matter how well or how badly designed, depend for continued existence upon acting men; their conservation is achieved by the same means that brought them into being,” namely by political virtuosity. Contemporary political science departments are dominated by the study of political institutions; but the manner in which institutions are conceived is quite different from what Arendt has in mind. Political scientists’ study of institutions evokes the image of a building, and they talk about institutions as being about “rules and roles.” Yet Arendt sees these purportedly static buildings as the manifestation of freedom that occurs when people act with political virtuosity, inspired by some principle. They are not, and cannot be, an end product. Institutions are initiated in the action of a free person in shared common space; and they continue only through the subsequent actions of others.

With the following example, I attempt to make more concrete just how freedom is manifest in actions of political virtuosity and how institutions depend upon acting men and women for their existence and conservation. Consider the case of two noteworthy actors, inspired by greatly different principles, who both brought into being something which did not exist before. Hitler and Lincoln acted in shared public space under conditions allowing the creation of something new from human action. Scholars have drawn attention to the ways in which both brought about dramatic change where the legality of their actions under existing constitutions was contentious; and scholars argue that, of the two, Hitler’s actions were more clearly legal, abiding the strictures of the existing constitutions, whereas Lincoln himself acknowledged that there was truth in the claim that he as President had sworn to “take care that the laws be faithfully executed” and then violated the Constitution in suspending the writ of habeas corpus, a power reserved to Congress. In his Message to Congress in Special Session of 1861, Lincoln drew attention to the principle for his action — the preservation of a Constitution that guarded government of the people — and asked, “are all the laws, but one, to go unexecuted, and the government itself go to pieces, lest that one be violated?” In subsequently taking the issue to Congress (which had been out of session when he acted) and ultimately receiving Congressional approval, Lincoln acted in accord with Arendt’s understanding that “only with the help of others” can a leader really act or “carry through” (from the Greek prattein) “whatever he had started to do.” Lincoln acted in public space which he sought to continue sharing with others. Hitler acted out of fear and hatred, and sought to fill political space by himself. Lincoln acted out of love of equality. Doubtless they both wished to inscribe their names in history.

Lincoln placed his love of equality above his love of distinction, honor, and glory. He inadvertently revealed this priority in a fragment, later discovered by historians, that Lincoln wrote about his political rival, Stephen Douglas in 1856 (four years before Lincoln was elected president): “With me, the race of ambition has been a failure — a flat failure; with him it has been one of splendid success. His name fills the nation; and is not unknown, even, in foreign lands. I affect no contempt for the high eminence he has reached.” Both were inspired by love of distinction, but we see the overriding principle that motivated Lincoln when he continues, explaining that “I would rather stand on that eminence,” that was so “reached, that the oppressed of my species, might have shared with me in the elevation. . . than wear the richest crown that ever pressed a monarch’s brow.” Inspired by love of equality before love of distinction, Lincoln’s political virtuosity called “something into being which did not exist before, which was not given”: Lincoln brought forth “a new birth of freedom.”

Greater than liberation or individual liberties, Arendt acts to share this higher sense of political freedom with us. She writes that if “we understand the political in the sense of the (Greek) polis, its end or raison d’être would be to establish and keep in existence a space where freedom as virtuosity can appear. This is the realm where freedom is a worldly reality, tangible in words which can be heard, in deeds which can be seen, and in events which are talked about, remembered, and turned into stories before they are finally incorporated into the great storybook of human history.” Arendt calls us to recognize, not the vague gestures toward freedom politicians so often make, but the higher conception of freedom as a place to exhibit virtuosity — and it is this freedom that we must exercise.