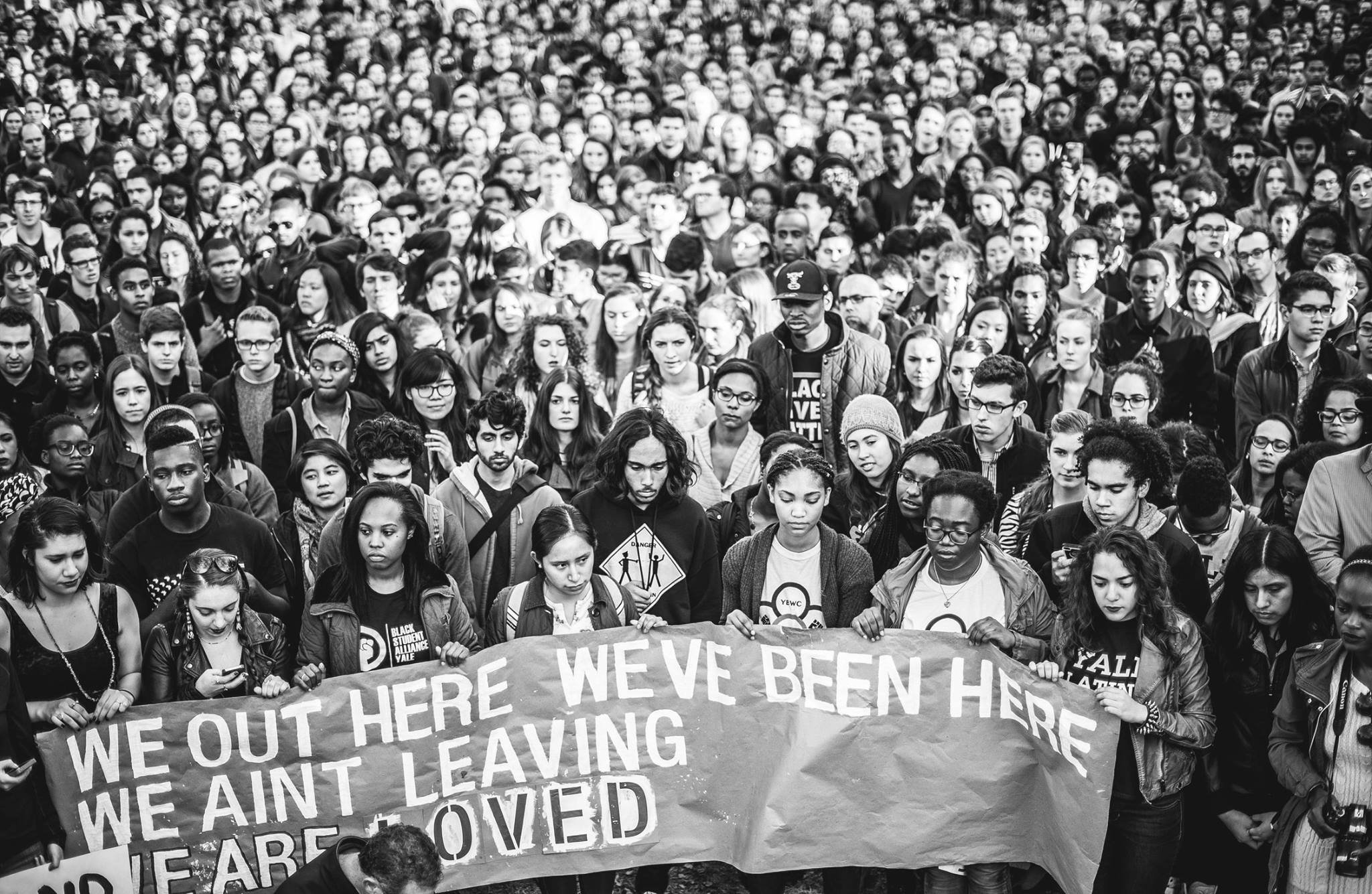 A Home Away From Home

"Children are first of all part of a family and home, and this means that they are, or should be, brought up in that atmosphere of idiosyncratic exclusiveness which alone makes a home a home, strong and secure enough to shield its young against the demands of the social and the responsibilities of the political realm."

In the video of the Yale University student confronting her residential college master, Nicholas Christakis, the student insists that it is Christakis’s “job to create a place of comfort and home for the students who live in Silliman.” There is no need to rehearse the entire range of controversy that this video has provoked. Here I want only to explore this concept of “home” with respect to our discussions of the video and ongoing student protests.

Two camps have emerged in response to the appeal to home we see in the video. On the one hand, there are those who dismiss the student’s confrontation with Christakis as yet another example of a “coddled” college student who would sacrifice a genuine confrontation with ideas for a narrow demand for emotional “well being” and safety. (Although not written in response to the current student protests that seek to address racial discrimination on college campuses, the September 2015 Atlantic article “The Coddling of the American Mind” (featured in our 8/23 Amor Mundi here) has laid out much of the vocabulary of maturity, free speech, and intellectual engagement that defines this position.) On the other hand, there are those who see in the student’s words a pain that signifies the very real experiences of racism, which are in turn evidence of Yale’s failure to live up to its own mission to create in the residential colleges a “home away from home” for students. A student (in bright top) screamed at Yale college master Nicholas Christakis after he said he would not stop people from wearing Halloween costumes that could be seen as offensive. Source: Daily Mail[/caption]

What is missing in this debate, however, is a critical examination of what exactly a home is and what students are asking for in invoking this concept. In her 1959 essay, Arendt describes the home as an intimate, comfortable space--a “safe space,” perhaps--in which children are protected from both the responsibility of having to care for the world that characterizes politics and the pressures and insecurities that accompany the discriminatory dynamic of “like attracts like” that characterizes society. For Arendt, the home is spatially and temporally delimited: it belongs in the private sphere of the family and the household, and it is the space of childhood. Home is an experience of a particular space and time that one leaves once one has reached adulthood.

Under this construction of the home, the student protesters appear as little more than entitled, overly-sensitive children who lack the intellectual honesty or emotional fortitude to confront a necessarily diverse, hostile, and, to use Erika Christakis’s language, sometimes offensive world. The demand for a home in the decidedly non-private and adult space of the university appears, in Arendt’s framing, as simply childish.

But Arendt’s construction of home and the political judgments it seems to imply obscure a great deal of what is happening on college campuses today--and what was happening in the fight for desegregation in Arendt’s own time. Ralph Ellison addressed Arendt’s essay during an interview with Robert Penn Warren, published in Warren’s Who Speaks for the American Negro (1965). Highlighting the importance of the ideal of sacrifice for understanding “the meaning of [the American Negro] experience,” Ellison suggests that the world for African Americans, along with their children, is not parceled up in the way that Arendt assumes it is. There is no exclusive, private home of safety in one place and public spaces of contestation, exclusion, fear, and even terror in another. Nor can one simply choose what kind of experiences one will have by moving from one space to another. What one faces instead is a “racial situation” that demands that every black American, adult or child, “face the terror and contain his fear and anger precisely because he is a Negro American.” Parents have no choice in the matter, as the decision of whether their children will face the angry mob has already been decided by the “situation” itself. FILE - In this Nov. 9, 2015 file photo, a member of the black student protest group Concerned Student 1950 gestures while addressing a crowd following the announcement that University of Missouri System President Tim Wolfe would resign, at the university in Columbia, Mo. Few paid attention when a black student started a hunger strike at the University of Missouri to protest racial strife on campus. As soon as the football team supported that hunger strike by refusing to practice for or play in the school’s lucrative NCAA games, the university’s president and chancellor were forced out and changes were discussed. (AP Photo/Jeff Roberson, File) Source: The Daily Campus[/caption]

Ellison’s response to Arendt doesn’t just underscore Arendt’s failure to have considered the specific situation of black Americans or of the American south. It points as well to a severe, potentially devastating limitation of the terms on which Arendt constructs the boundary between the private sphere and the public and with it, the concept of home that emerges out of this distinction. Arendt failed to recognize the possibility that the experience of safety and comfort of home does not reside in any physical space or period of time, but, as Ellison’s response suggests, in racial privilege. The architecture of home is thus race and racial privilege, and those experiences of comfort that Arendt simply assumed would accompany the household and childhood are detached from their spatial and temporal structures to follow racial privilege.

What is so frustrating about Erika Christakis’s original email and her husband’s suggestion that those who are offended should simply “look away” is a blindness to the fact that for the majority of students and faculty, Yale already is a “home”: it is a space that resembles, if not reproduces, the dynamics, manners, voices, and conversations that are so familiar, comfortable, and safe for white students. The demand that coddled minority students “grow up” and recognize that they are no longer at home thus seems not just disingenuous but highly manipulative, itself a political move to naturalize structural inequalities and privileges by obscuring the home that accompanies whiteness behind an implicit assertion of home as a purely neutral and universal, “merely” temporally and spatially delimited, space.

However, when we redraw the boundaries of home to reflect the experiences of comfort and familiarity versus foreignness and alienation that, as student protesters are pointing out, so predictably trace race and racial status, we see that the protesters might very well be pushing a white majority to grow up. In their acts of protest, expressions of anger, and their willingness to shout and curse at comfortably established authority figures who enjoy the luxury of “reasonableness,” these students might be helping to make the world a bit more worldly and foreign for white students and a bit more home like for black and brown students.

I was an undergraduate at Yale twenty years ago, and as much as I appreciated my time there, I never experienced it as a “home.” It never occurred to me that it could be a home, not because I was unaware of Yale’s statements about residential college life and the intimacy of the Yale experience, but because of this intimacy, which had been thoroughly constructed in the image of a privileged, white America. Back then, I took it as a given that Yale simply was a space of white privilege, and I accepted that I was experiencing it as an outsider. It did not occur to me that it might be otherwise, and I would venture to guess that in this I didn’t differ from many other minority students there. Minority students today do seem entitled, and their sense of entitlement is inspiring at the same time that it makes me a bit ashamed at not having been more entitled myself. To see these protests as simply a demand for the protections of home fails to see these actions--and the accompanying appeals to home--for what they are: an embrace on the part of young people of a weighty political responsibility to remake their world, as well as a challenge to make the world more worldly and less homey for a majority that has long enjoyed the comforts of home beyond those spatial and temporal limits that Arendt so blindly assumed as its architecture.

For more Quotes of the Week, please click here.