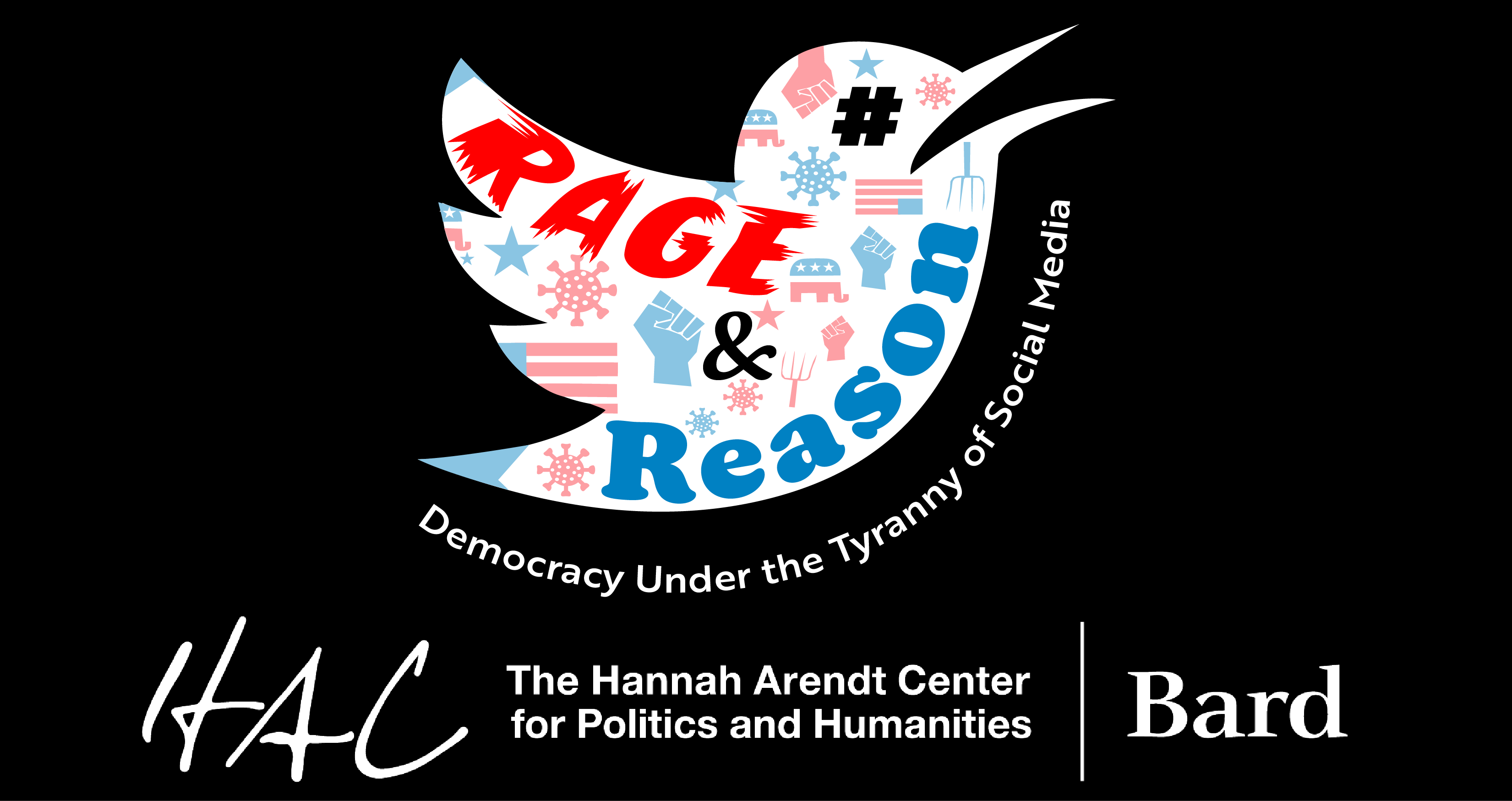 A letter from Roger Berkowitz

This week, Italy's government fell apart and two far-right parties are favored to win upcoming elections. A war of aggression in Europe has upended basic assumptions about the liberal world order. And, in the United States, former President Trump threatens to run again for President even as a Congressional Committee has painstakingly demonstrated his efforts to illegally subvert a democratic election. It is at times like these that we must remember Hannah Arendt's warning: totalitarianism is now an ever-present possibility in our world. In such a world, Arendt argues, the fear of concentration camps and total domination invalidates all political differentiations and serves as "the politically most important yardstick for judging events in our time, namely: whether they serve totalitarian domination or not."

We have not learned Arendt's lesson. After two years of a pandemic and rising authoritarian, fascist, and proto-totalitarian regimes around the world, have we learned anything? In the name of security we embraced public safety measures that prohibited basic human activities such as gathering, teaching and studying in person, visiting relatives, comforting the sick, mourning the dead, and celebrating life milestones. Now a backlash embraces freedom even as an endemic continues to rage. But the celebration of freedom is hardly consistent.

Many of the same people who fought for the freedom to not have their mouths covered and their bodies vaccinated, now celebrate that women in half the country no longer control their own bodies. And those who insist that women should have control of their bodily integrity are frequently the people who would impose vaccines. On all sides the hue and cry for freedom is transformed into slogans on Twitter and Facebook.

Yes, passions reign and can overwhelm our reason. But the algorithms that drive social media and much of the internet pour gasoline on our passions. It is a choice that companies like Facebook and YouTube make when they recommend posts and videos designed by artificial intelligence to enflame our passions and thus keep us on their sites for longer in order to earn more money. Rage has always been a deeply human emotion. But rage accelerated by algorithmic manipulation threatens to overwhelm democratic politics.

Democracy under the Tyranny of Social Media

Hannah Arendt argued that human beings are free insofar as they are beginners. Only humans have the faculty for action and freedom. For Arendt, freedom is the foundation of human politics. And yet, freedom plays itself out in a world of human plurality. What this means is that political freedom must deal with the unavoidable fact of disagreement, faction, and difference.

Based on the foundation of plurality, the basic Arendtian insight is, first, that humans will disagree; and second, that amidst disagreement, there is also a fundamental ability to talk to one another and find common ground. That is the activity of politics.

In that vein, a central part of HAC membership is access to our Virtual Reading Group (VRG), made up of a vibrant intellectual community of thinkers from around the world. We meet most Fridays at 1 pm EST to read Arendt and think together about our common world.
Watch a sample session from July 2 where we discuss Arendt's interview with Joachim Fest focusing on the banality of evil.
﻿See a testimonial video where members talk about their love for the virtual reading group
The challenge to a politics of freedom comes not only from algorithmically accelerated rage, but also from the disempowerment of citizens. As responsibility for government has been outsourced to experts and bureaucrats, democratic citizens have lost their facility for talking to others and judging with others. Our 2021 Fall Conference "Revitalizing Democracy: Sortition, Citizen Power, and Spaces of Freedom" explored Citizen Assemblies as a way to revitalize the civil republican tradition of self-government. We brought leading intellectuals, activists, and writers together to explore how to reimagine and reinvigorate democracy through citizen assemblies and deliberative practices. Volume X of our Hannah Arendt Center Journal focuses on how these deliberative models of democratic governance can bring new energy to our modern democracy. All members joining or renewing at the $100 level or above receive a copy of Volume X.  Read all the details here and scroll down to check out all our new merchandise.

We followed up our 2021 conference with the first ever United States training in citizen assemblies aimed at elected and appointed government officials. Over 40 local and state politicians, public servants and civic engagement advocates met at the Arendt Center earlier this month for a 3-day workshop to learn how to organize deliberative processes with randomly selected citizens. A number of citizen assemblies will occur around the country directly emerging from the workshop, all of which can inspire citizens to the kind of public happiness in political action that Arendt saw as the foundation of freedom.

We continue to grow our global Hannah Arendt Humanities Network (HAHN) as part of the Open Society University Network (OSUN). Founded in 2020, HAHN is nurturing a culture that values and strengthens the humanities as the foundation of an open society. The Network supports the integration and accessibility of humanities study across over 40 OSUN institutions, and provides network opportunities to students, faculty and staff. In 2022, HAHN has already hosted six programs, including an AI Working Group at CEU, a sortition working group in Belgrade, Network Faculty Seminars at Bard College Berlin and AL Quds Bard College, a text seminar in Hudson, NY, and The Yehuda Elkana Fellowship Award in Vienna. We are looking forward to offering two Ideas Forums in the summer and spring, as well as a Forum on Freedom with the Alpine Fellowship in August. In September, we head to Taiwan to discuss global nationalisms with experts at the forefront of thinking on Taiwanese security and identity. Your membership helps us bring humanities education to communities around the world.

To support this ongoing work, we are launching our "200 members in 10 days" membership drive! This summer, for a limited-time only, we have an array of incentives for you to join!

All Members at the $100 Level and above will receive our 2022 Tote Bag and HA: The Journal of the Hannah Arendt Center Vol. X (details here)

﻿Our team continues to grow! As we transition to a new academic year the Arendt Center is thriving and growing. We are delighted to welcome a new Director of Academic Programs, Jana Schmidt. Jana is hardly new to the Arendt Center. She was named the 2015 Klemens von Klemperer Fellow and remained an Associate Fellow at the center until 2022. Jana’s first book Hannah Arendt und die Folgen was published in 2018 with Metzler Verlag. She is currently working on a book project on German-speaking exiles and their encounters with Black politics in the US post 1945. As the Director of Academic Programs, Jana will work on building the academic community and profile of the Hannah Arendt Center in collaboration with Bard students and faculty; she will be organizing curricular events such as the “Courage To Be” series and facilitate engagement with Arendt scholarship through programs like the Virtual Reading Group, our annual Journal, and academic conferences. We are pleased to welcome a sharp thinker and accomplished writer to the HAC team.

We are also thrilled to welcome Thomas Chatterton Williams back to the Arendt Center and to Bard as a HAC Senior Fellow and a Visiting Professor of Humanities at Bard College. Thomas was the National Endowment for the Humanities/Hannah Arendt Center Distinguished Visiting Fellow in 2019 and has spoken at numerous Arendt Center events. We are thrilled he will be joining us as a more permanent member of our community.
Nicholas Dunn is the 2022-2023 Klemens von Klemperer Post Doctoral Fellow. Nick’s focus is on Arendt’s aesthetic politics and her connection with the work of Immanuel Kant. In addition to teaching at Bard and at the Bard Prison Initiative, Nick will be organizing reading groups and a spring 2023 conference on Arendt and the Other. Meet the full HAC Team here.

This has been a great year for Arendt Center fellows and numerous books by members of the center have been published: The Perils of Invention: Lying, Technology and the Human Condition by Roger Berkowitz, Ununterbrochen mit niemandem reden: Lektüren mit Ilse Aichinger, by Arendt Center Research Director Thomas Wild and Hannah Arendt, by Arendt Center Senior Fellow Samantha Rose Hill.