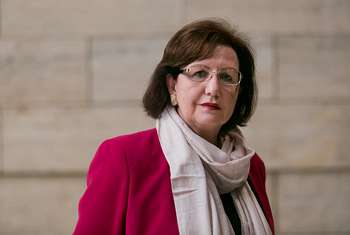 A Politics of Meaning

In an essay on Arendt in this year’s Critique 13/13 Seminars, Seyla Benhabib asks whether it makes sense to read Hannah Arendt’s The Human Condition as a core text in the somewhat arcane world of critical theory.  For Benahabib, Arendt’s text is “critical” insofar as it “shares with the Marxist tradition a critique of the alienation of the homo faber from the products of his labor as well as the work of his hands; and also a critique of the animal laborans’s loss of interest in the world of human affairs and alienation from the political.” What is more, she argues that Arendt adds something essential to the Marxist tradition by showing that Marx’s theory of alienation actually does not concern the activity of labor, but rather the activity of work.

Whereas labor, whether automated or not,  is an anonymous process that fails to embody the individuality of the producer, thus alienating her from the very activity itself, it is only the product and activity of work which embody and bear the individuality of the maker. Arendt is not dismissing Marx’s theory of alienation but what she is showing is that this theory is only intelligible if another model is presupposed.

But in the end, Benhabib finds the real importance of Arendt as a critical thinker to lie not in her thinking about economics and the social, but in her reimagination of politics. The political is not simply some reified or nostalgic ideal from ancient Athens. It is, as Benhabib rightly sees, an affirmation of what it means to be human. For Arendt, to be human is to matter. It is to speak and act in public in ways that have significance and show that one is meaningful. The only truly human right for Arendt is not the right to be kept alive—a right we share with animals—but to be part of a political community. What political membership gives to humans is the ability to live meaningful lives, lives in which we matter. Here is how Benhabib says this:

The retrieval of the dignity and tragedy of the political from amidst the ruins of mid-20thcentury totalitarianism is Arendt’s crowning achievements.  No doubt this retrieval is ambivalent: there is a great deal of Kulturpessimismus in Arendt’s work but there is also a great deal of faith in the human capacity to start anew and to initiate the unexpected.  She shared with her friend Walter Benjamin the belief that history must be told as a tale form the standpoint of the vanquished and the defeated, for such defeats still leave traces in language and memory.  While those who search for sturdy rocks to stand upon in a sea of swirling political sadness and confusion, may say Arendt is just a romantic at best and/or a Schmittian decisionist at worst, who believes that some mythological capacity for action will redeem the world, I see her doing something else: namely, retrieving the lost configurations of events and meanings such as to bring back to life those shining fragments of human hopes and aspirations, much the way the “pearl digger” (der Perlentaucher) brings to the surface of the sea those pearls covered by the moss and debris of forgetfulness. ( see her essay, “Walter Benjamin,” in Men in Dark Times, 1968)   I have called this Arendt’s method of “fragmentary historiography” and it is why, I think, she called herself a “story teller”- not a teller of fiction but rather a teller of tales of human dignity and misery, tragedy and triumph.