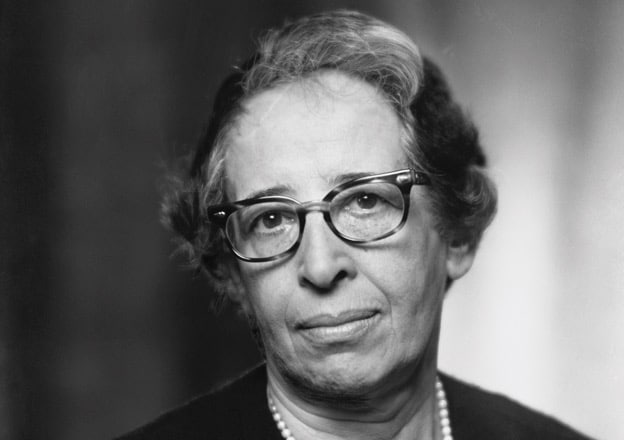 Hannah Arendt explored what it means to live in a free society. Certain fundamental freedoms such as the freedom of thought, speech, and association are, she argued, foundational to living freely. All of these freedoms are typically thought to be liberal; and yet, unlike many liberals, Arendt did not believe that representational democracy was conducive to freedom. Because electing representatives to govern means, in practice, that citizens give up their freedom to govern themselves by outsourcing government to elites, representative democracy tends to disempower individuals; it denies them another of the basic freedoms, the freedom to act politically with others to build a common world.

In all systems of electoral democracy, there is a claim—a claim made by many of the American founders—that those who are elected are the best, that they have expertise or wisdom, and that they merit their role as political leaders. This fundamental elitism of merit is one Arendt was suspicious of. She worried that the great political divide of our time would cease to be over economic class, religious belief, or race, but would come to be about the disdain of the meritorious for those they thought to be of inferior intelligence. This belief that the intelligent have a right to their privileges and power is, Arendt worried, one of the great dangers of our time.

Arendt also defended the freedom to own property. While not essential in itself, the right to property was practically important, Arendt argued, because it was the only historically viable way to protect a meaningful sphere of privacy. And yet, at the same time, Arendt worried that the freedom to own property would lead to an overestimation of the importance of wealth and success at the expense of civic and political engagement. If people are too focused on earning money they devalue the experience of self-government and outsource the freedom of self-rule to bureaucrats and elected representatives.

Michael Sandel’s recent book The Tyranny of Merit touches on similar worries about the over valuation of success and expertise. As Julian Coman writes, Sandel worries that the so-called left wing of American politics has come to be so concerned with an ethic of success that it has internalized a disdain for those who are not successful. Coman writes,

But the main point of The Tyranny of Merit is a different one: Sandel is determined to aim a broadside squarely at a left-liberal consensus that has reigned for 30 years. Even a perfect meritocracy, he says, would be a bad thing. “The book tries to show that there is a dark side, a demoralising side to that,” he says. “The implication is that those who do not rise will have no one to blame but themselves.” Centre-left elites abandoned old class loyalties and took on a new role as moralising life-coaches, dedicated to helping working-class individuals shape up to a world in which they were on their own. “On globalisation,” says Sandel, “these parties said the choice was no longer between left and right, but between ‘open’ and ‘closed’. Open meant free flow of capital, goods and people across borders.” Not only was this state of affairs seen as irreversible, it was also presented as laudable. “To object in any way to that was to be closed-minded, prejudiced and hostile to cosmopolitan identities.”

A relentless success ethic permeated the culture: “Those at the top deserved their place but so too did those who were left behind. They hadn’t striven as effectively. They hadn’t got a university degree and so on.” As centre-left parties and their representatives became more and more middle-class, the focus on upward mobility intensified. “They became reliant on the professional classes as their constituency, and in the US as a source of campaign finance. In 2008 Barack Obama became the first Democratic candidate for president to raise more than his Republican opponent. That was a turning point but it wasn’t noticed or highlighted at the time.”

Blue-collar workers were in effect given a double-edged invitation to “better” themselves or carry the burden of their own failure. Many took their votes elsewhere, nursing a sense of betrayal. “The populist backlash of recent years has been a revolt against the tyranny of merit, as it has been experienced by those who feel humiliated by meritocracy and by this entire political project.”