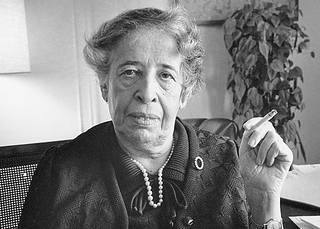 A Slaughter and Not Just a Political Dispute

William Foege, one of the leading epidemiologists in the world, sent a private letter to Robert Redfield of the Center for Disease Control urging him to create a written record acknowledging that the CDC had responded poorly to Covid-19. Foege writes: “I start each day thinking about the terrible burden you bear. I don’t know what I would actually do, if in your position, but I do know what I wish I would do. The first thing would be to face the truth… Despite the White House spin attempts, this will go down as a colossal failure of the public health system of this country.”

In raising the question of whether Redfield should resign, Foege writes, “resigning is a one-day story and you will be replaced.” Instead, Foege suggests a written letter “laying out the facts,” and acknowledging “the tragedy of responding poorly, apologize for what has happened and your role in acquiescing, set a  course for how CDC would now lead the country if there was no political interference…” Foege advises Redfield to admit his role in allowing the policy response to the virus to be politically hijacked leading to a “slaughter and not just a political dispute.”

Foege’s letter calls to mind Hannah Arendt’s discussion of the argument from the lesser evil in her essay “Personal Responsibility Under Dictatorship.” There, Arendt considers the well-worn argument from the “lesser evil” in response to the actions of German citizens and even Jews during the Nazi era. In her coverage of the trial of Adolf Eichmann for The New Yorker and later in her book, Eichmann in Jerusalem, Arendt reported on a disturbing fact that struck her, and many others, at the trial. Eichmann, she noted, was decidedly average. Confronted with the normalcy of one responsible for such evil, Arendt drew parallels with others who participated in the Nazi government but escaped judgment for their complicity with the Nazi regime. While not at all equating members of the Judenräte (the Jewish Councils that worked with the Nazis to administer life in and deportation from the Jewish Ghettoes) with Eichmann’s orchestration of the machinery of death, she nevertheless condemned those Jewish leaders for participating in the selection of who should die and who should live. And while not in the least obscuring the difference between Eichmann’s role in genocide and the everyday role of those German bureaucrats who accommodated without supporting the Nazis--many of whom easily made the transition from Hitler’s to Adenauer’s civil service--Arendt also condemned normal, average, everyday Germans who chose to work within the Nazi government. What unites the German civil servants and the Jewish leaders in Arendt’s telling is their willingness to justify morally suspect actions in the name of doing an unethical job as ethically as possible.  They claimed, in other words, that their cooperation was a lesser evil that helped to prevent an even greater evil. This, she argued, was the very same argument Eichmann employed.
In pointing out the pervasiveness of the argument of the lesser evil, Arendt argues that it is itself rooted in a deeper phenomenon, namely the “widespread fear of judging” that has nothing to do with the biblical “Judge not, that ye be not judged.” She connects the increasingly common recourse to the argument of the lesser evil with the even more pervasive unwillingness to judge in general.

This fear of judging is wide-ranging in society. We see it in social issues like euthanasia, where what was once considered deeply wrong is now often justified as a lesser evil to the pain of a slow death. We see the fear of judging in the law where the embrace of mandatory sentences reflect the view that the loss of individualized judgment and individualized punishment are lesser evils than the risk of shorter sentences by lenient judges. And those of us in the academic world are witness to the fear of judging in the rampant inflation of grades, a reflection of the increasing unwillingness of professors to honestly evaluate student work. We also witness a fear of judging in a hesitancy to condemn those who continue to work for government or corporate entities that engage in obvious wrongdoing.