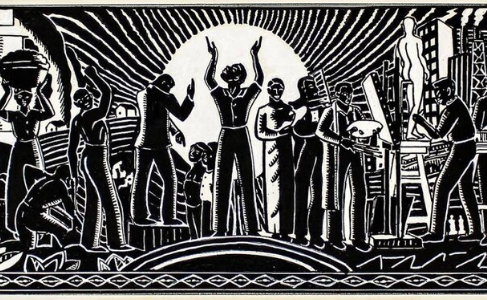 I am no longer a Christian, but this passage in the New Testament continues to speak to me. As I interpret it now, the Apostle Paul is saying that our struggle is not against flesh and blood, not against people. Rather, it’s against bad ideas. Bad ideas are the “principalities and powers” that reside in the heads—the “high places”—of flesh-and-blood people. These bad ideas need to be combated and overcome by good ideas. It’s my pleasure to contribute this inaugural essay to the Journal of Free Black Thought, which is dedicated to the principle that in a liberal democracy, viewpoint diversity and the airing of ideas—all ideas, even ideas that we’re told aren’t properly “black”—are essential components in the struggle of good ideas against bad.
Racial essentialism is one of these bad ideas, and it’s one that JFBT, in its rejection of the politics of authenticity, in its radical acceptance of the heterodoxy of melanated people, exists to combat. If we can't find some way of countering the underlying problematic ideological commitment to race as an essentialist category, we’re in trouble. Martin Luther King had the right idea with colorblindness, yet today it’s regarded as a microaggression to say one doesn't see color. Of course, it's impossible literally not to see color, but despite pressure from cultural elites, we needn’t give it the overarching significance we now do. In fact, if we’re going to make our experiment in democracy work, we mustn’t give it such significance.