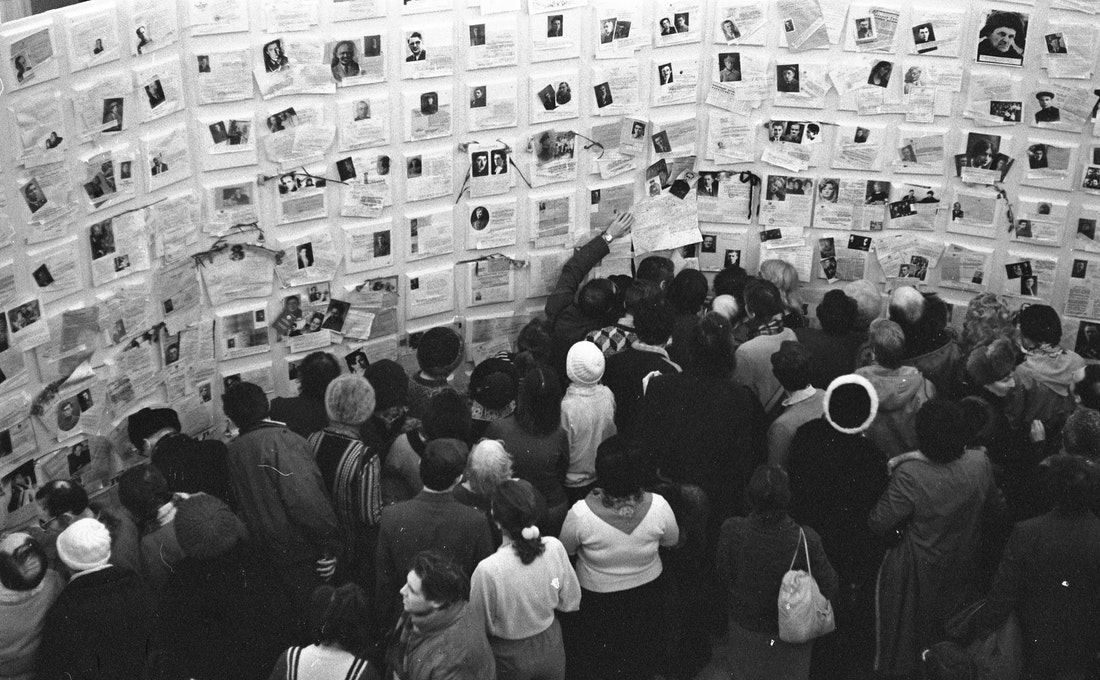 Nicolas Tenzer looks at attempts to destroy “Memorial,” a group founded by the dissident scientist Andrei Sakharov that sought to expose Stalin’s crimes. Tenzer argues that Vladimir Putin is seeking to erase the crimes of Stalin and the Soviet Union from history. Such a totalitarian effort of propaganda to rewrite history is, Tenzer writes, an attack on the very idea of universality and reason.

The “liquidation” of Memorial by the so-called Russian “justice” is an attack on the universal conscience.
Certainly, it was expected and follows the numerous persecutions against the organization co-founded by Andrei Sakharov and against its members. It comes in a context of increasing repression by Putin’s regime. Without being new, the control—when it is not the arrest, even the elimination—of those who contest the regime becomes almost general. Denouncing its crimes or the enrichment of its members often means risking one’s life, always one’s freedom.
Every day, in an increased and more visible way, an operation of rehabilitation of Stalin and denial of his mass crimes is deepening.
Every day, history is rewritten in order to deny the past crimes, but, even more, to prevent any investigation of the present ones.
This methodical destruction of the truth also goes hand in hand with the intensification of threats against the West and liberal democracies and the reinforcement of its ideological hold dedicated to the destruction of everything that is the basis of a free civilization….
The liquidation of Memorial is not just another event in the repression committed by this regime and its absolute indignity. It has, if I may say, a founding significance, not only for Russia, but for the whole world. This founding significance is exactly a de-foundation. The word itself matters.
The suppression of Memorial corresponds in the order of history to what Putin’s war crimes are in the order of law: an attack on the very concept of universality, here in the domain of truth, there in the domain of justice. The link between the two is close: there is no truth without justice, nor justice without truth.