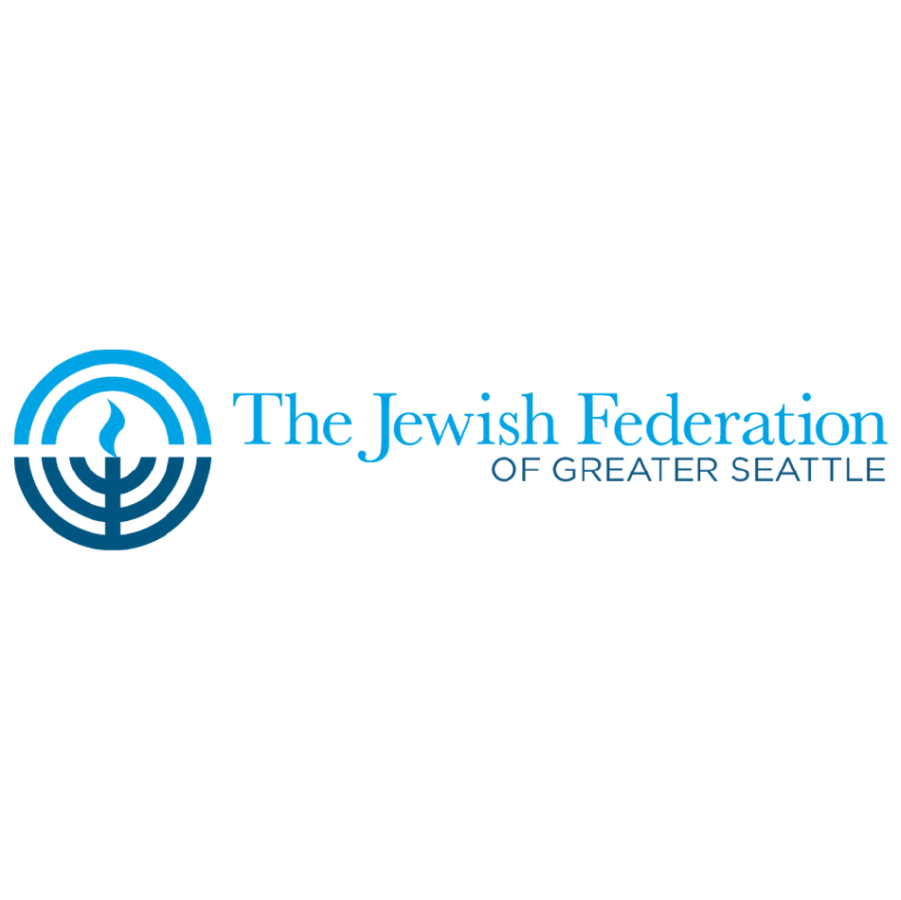 An Appeal, A Denial, and A Letter Published

In response, Sussman sent the following letter appealing the denial to the Federation's Board of Directors. He argued that opposition to the Occupation does not place one outside the Jewish community, though the Federation and other major Jewish organizations would like to make it appear so. His appeal was denied. He asked the Hannah Arendt Center to publish his appeal and we do so below.
—Roger Berkowitz


To the Board of Directors of the Jewish Federation of Greater Seattle:

On March 4, 2019, I was informed that the Jewish Federation of Greater Seattle refused to honor my request to send a small donation to IfNotNow, a primarily Jewish organization dedicated to having Israel withdraw from the occupied territories. The money I requested was to come from a Donor Advised Fund (DAF), established by my family, which the Federation has held and managed for years. According to the structure of such funds, periodic requests are made by family members to send grants to specifically named charitable organizations. None of our requests have been denied until now.

A few weeks after I sent my directive, the DAF manager informed me that he didn’t think IfNotNow was an acceptable recipient. It did not qualify under the Jewish Federation of Greater Seattle’s guidelines, he thought, but he preferred to have the question reviewed and decided by others. The matter was subsequently scrutinized by the Planned Giving Committee which, after deliberation, concurred with the manager’s decision. The issue was next reviewed by the Board of Directors which agreed that IfNotNow fell outside its guidelines and that my application should be denied.

I am grateful that the request was given serious consideration, although I was not given an opportunity to state my position, which I do now. While no appellate process exists, I am nevertheless asking the Board to reconsider its decision as I believe it reveals a political bias by the Jewish Federation of Greater Seattle against a segment of the Jewish community.

When I was advised of the Board’s rejection, the DAF manager kindly provided me with the information on which you relied. It was a thorough, three-page report and recommendation (dated 29 January 2019) which neither bent the facts to justify the Federation’s conclusion nor exaggerated IfNotNow’s profile to make it appear as something it wasn’t. The facts were accurate; it was your conclusion, I submit, that was mistaken. In the opinion of the rapporteur, release of DAF funds must be denied if a potential recipient transgressed either one of two Federation guidelines. First, no grant could be made to organizations that “[p]romote tactics or ideas that are incompatible with the Federation’s goal to convene and build a cohesive Jewish community.” Second, recipient organizations may not “[a]dvocate for, endorse, or promote the illegitimacy of Israel as a secure, independent, democratic, and Jewish state, including, though not limited to, participation in the global Boycott, Divestment and Sanctions movement (BDS).” The report concluded that IfNotNow violated the first standard and that it was “unclear” if it violated the second. Both the Planned Giving Committee and the Board of Directors agreed.

While I am not here challenging your criteria nor your right to have them, these two capacious principles require examination. First, what defines a “cohesive Jewish community?” In your lexicon, I must assume, “cohesion” is a word much closer to “without dissent” than to mere togetherness. IfNotNow, of which I am not a member, has scrupulously avoided taking a stand on any issue other than Israel’s occupation of the West Bank and has refused to join the more controversial BDS movement. Its criticism of the occupation does not delegitimize Israel any more than criticism of our war in Vietnam delegitimized America in the 1960’s and 70’s. Certainly Israel, without its occupation, would still remain a legitimate nation. A “cohesive Jewish community” must, therefore, in your understanding, be one within which political criticism of Israel’s foreign policy, particularly the occupation, is unacceptable.

And how extreme or out of bounds is it to oppose the occupation? A number of scholars, both in and outside Israel, consider the occupation and settlement of the West Bank a violation of international law. Among Israelis themselves, current polls reveal that 25 to 35 percent oppose the occupation. One of Israel’s leading daily newspapers, Haaretz, has published editorial contributions headlined “It’s Every Israeli’s Moral Duty to Resist the Occupation” and “The Occupation Will Corrupt the Occupiers.” Who, then, among all Jews, does the Seattle Jewish Federation claim to represent? Do more than a million Israelis who oppose the occupation contribute to the lack of cohesion of the Israeli Jewish community? Are we expected to be more cohesive than they?

Your second policy prong, when applied to IfNotNow, is equally troublesome as it implies that the organization’s criticism of the occupation may threaten Israel “as a secure, independent and democratic Jewish state.” Surely a democratic state would tolerate dissent from its official policy: if it did not, one would question the strength of its commitment to democracy. And Israel would not be less independent if it abandoned the West Bank. That leaves the question of security, about which people and organizations disagree. Some think Israel’s security is enhanced by the occupation and others think it accomplishes the reverse. A number of retired Israeli defense and intelligence officials believe the occupation endangers Israel’s interests more than it strengthens them.

In defense of your denial of my request, you cite IfNotNow’s tactic of protesting mainstream Jewish organizations, including Birthright, B’nai B’rith, AIPAC and the Federation itself. This is true because IfNotNow not only opposes the occupation but opposes Jewish groups which refuse to do so. The most notorious of these protests, captured on video last summer, involved several young Birthright participants, who, having been coached by IfNotNow, confronted their Israel tour leaders with unpleasant questions and facts about the occupation which they believed Birthright was consciously ignoring.

Along with many Jews, I believe Israel’s occupation of the West Bank is terribly wrong. The bulldozing of Palestinian homes, humiliations at military checkpoints, settler violence, segregated roads, possible war crimes, land grabs, etc., have caused us agonizing concern that cannot be justified by continual references to necessities of state. Nationalism may be a necessary ingredient of statehood but nationalism alone is insufficient. As David Hartman wrote 36 years ago after immigrating to Israel, “When nationalism becomes an absolute value for Jews and political and military judgments are not related to the larger purpose of our national renaissance, we can no longer claim to represent the Judaic tradition.”

Recognizing that there are a sizeable number of Jews who are increasingly uncomfortable with Israeli policies, the General Assembly of the Federations of North America convened its 2018 convention under the banner, “We Need to Talk.” But it didn’t take its own slogan seriously. It refused the request of T’ruah: The Rabbinic Call for Human Rights, to distribute its pamphlet “A Very Brief Introduction to the Occupation.” The occupation, it turned out, wasn’t one of the things that needed to be talked about.

Why shouldn’t the occupation be discussed in Jewish fora? We could look to our own Constitution and borrow an idea generated by the benefits of the First Amendment: among ideas offered freely, the best of them will be recognized in competition with others. When thoughts vie for acceptance in the marketplace of ideas, the theory goes, the ones with greater merit will prevail. Jewish tradition recognized this virtue long before Jefferson or Brandeis did. Jews have always honored argument. We have always allowed disagreement. And Jews have always respected dissent, which historically has often been the only option available to us.

I am not asking that the Federation support IfNotNow nor that it oppose the occupation. I am asking only that you allow private funds, under your management, to be disbursed, on request of a donor, to a Jewish group that does. There are a sizeable number of American Jews who support Israel but oppose its occupation. Why do you believe their views should not be heard?

Allow me to conclude on a personal note. I first visited Israel in 1959, when the country was young. I was enormously impressed with the nation’s purpose and promise, and I remain so today. But I became increasingly distressed as it refused to leave much of the land it conquered in 1967 and in more than 50 years I have seen Israeli policy in the occupied territories enacted in a fashion which I believe contradicts a rich tradition of Jewish ethics and values I have been proud to inherit. It is thus with sadness and some distress that I find your definition of my Jewishness a threat to the cohesion of the community. I don’t know the source of your authority to make this determination, and, with all due respect, I think you are doing the Jewish community a disservice by using a political criterion to determine the content of religious fidelity.

I am pleased and grateful for the work the Jewish Federation of Greater Seattle does to promote social welfare and provide services to those in need, but I respectfully disagree with your attempt to define the appropriate range of Jewish moral and political concern when it comes to Israel. In doing so, you exclude a not insignificant number of people who believe our disagreement with Israeli policy ought not serve to “delegitimize” us as concerned members of the Jewish community.

Thank you for your consideration. I await your response.


p.s.
In addition to reviewing your decision I have a second request as well: that this letter and your response be shared with all the members of the Federation in the spirit of open debate, perhaps by publication in the May-June issue of Jewish in Seattle, your periodic newsletter.