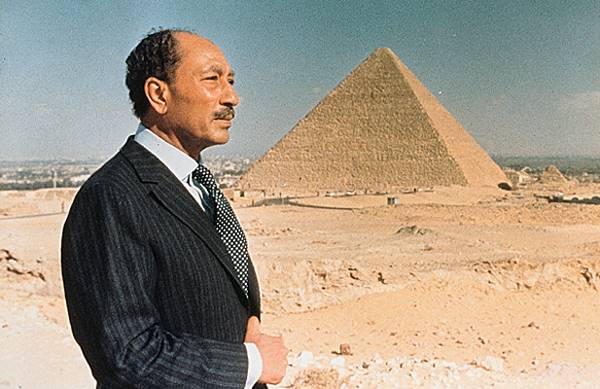 "He who cannot change the very fabric of his thought will never be able to change reality, and will never, therefore, make any progress."

Anwar Sadat, in full Muhammad Anwar el-Sadat, Sadat also spelled S?d?t, el-Sadat also spelled al-Sadat (born December 25, 1918, M?t Ab? al Kawm, Al-Min?fiyyah governorate, Egypt—died October 6, 1981, Cairo), Egyptian army officer and politician who was president of Egypt from 1970 until his assassination in 1981. He initiated serious peace negotiations with Israel, an achievement for which he shared the 1978 Nobel Prize for Peace with Israeli Prime Minister Menachem Begin. Under their leadership, Egypt and Israel made peace with each other in 1979.

While Sadat’s popularity rose in the West, it fell dramatically in Egypt because of internal opposition to the treaty, a worsening economic crisis, and Sadat’s suppression of the resulting public dissent. In September 1981 he ordered a massive police strike against his opponents, jailing more than 1,500 people from across the political spectrum. The following month Sadat was assassinated by Muslim extremists during the Armed Forces Day military parade commemorating the Yom Kippur War.