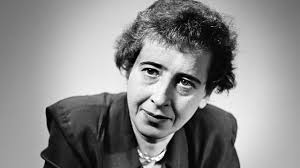 Arendt on Judgment and Social Media

In a wide-ranging essay on Hannah Arendt’s approach to judgment and thinking, Blake Smith considers Arendt’s argument that “the dangers facing our political and moral life must be met with a particular kind of mental activity she called “judgment,” and distinguished from two others: “cognition” and “thinking.” As opposed to cognition that seeks truths and solutions, thinking aims for meaning. Smith offers a nice example of how Arendt approaches thinking in its approach to the meaningfulness of human life:

We may ask ourselves, for example, if some action we committed had been cruel. But we soon realize that the nature of cruelty is not an empirically knowable state of affairs or subject to the rules of logic. We now ask, “what does it mean to be cruel?” Such a question, Arendt argues, cannot ever arrive at a definitive answer. But the process of thinking, while it lasts, enlivens us and, if we can tolerate it, initiates an awakening that, without ever giving us certainty about the objective nature of cruelty, may help us become less cruel, because less self-assured in our everyday unreflective behavior.

But thinking, as it important as it is, cannot be the basis for a collective world that is the end of politics. Because thinking is something I always do in solitude, it does not form bonds and create a common world. It is only in judgment—the activity of wooing others to one’s opinion through judgments of taste—that we can build together a common world. Judgment, however, depends also on thinking, for whenever we enter a world of multiple judgments without our own experience in and capacity for self-thinking, our judgments quickly deteriorate and become cliches. We seek not independent judgments but aim to conform to the crowd and buttress our identities by showing our membership in a collective movement.

Blake explores Arendt’s critique of judgment in a little-known review Arendt published of Natalia Sarraute’s novel The Golden Fruits (Les Fruits d’Or).  The novel is a hilarious send-up of cliched and conformist judgment by literati and pseudo-intellectuals. Everyone has an opinion on an imaginary novel that has captured the attention of the literary world, but no one has read the novel. They issue judgments, but those judgments are “warped by their anxious desire to generate statements about [the novel] that will signal both their loyalty to the fashion of the moment and their individual brilliance.” So concerned are the intellectuals in Sarraute’s novel with fitting in and looking smart, that they seek to bolster their standing and status by abandoning their personal judgments and seek to conform to the crowd.

For Blake, Arendt’s review of Sarraute’s novel offers a critique of modern social media culture. His whole essay is worth reading. But here is the critique of social media.

When we give an opinion on Twitter, we are not inspired by an authentic, personal desire to have our particular relationship to the world enlarged by an encounter with other such relationships, but by a derivative, imitative desire to have the attention that other people seem to enjoy.

This situation is, in a sense, even worse than thoughtless conformity with the They, since we are actively competing to give new variations on the reigning clichés. We experience this generalized competition for attention as a “steady grind of envy, resentment and reciprocal hostility,” which, Shullenberger warns, is periodically relieved as we “redirect ... aggression to a ‘surrogate victim,’” what Girard called a “scapegoat.” Like the characters of Sarraute’s The Golden Fruits, we may laud a hero of the moment, or “sacrifice” a victim, without ever being troubled by the least complaint of conscience.