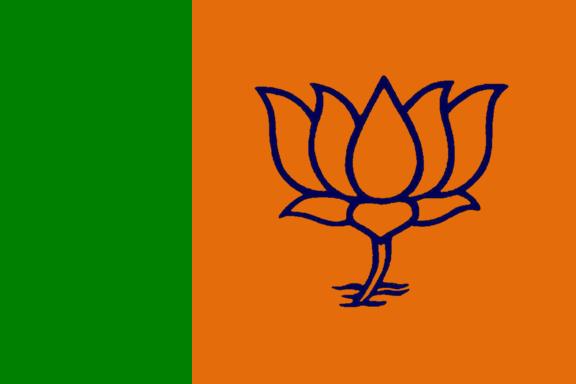 Authoritarianism Around the World

With all the craziness going on here in the United States, itt is sometimes hard to remember to pay attention to the world. But a number of essays this week remind us that the revolt against elite norms and elite institutions is a worldwide phenomenon. Siddhartha Deb writes about the decision of the right-wing Bharatiya Janata Party in India to revoke the special status of Kashmir, the only Muslim-majority state in India. Kashmir is guaranteed autonomy by the Indian Constitution.

The BJP on Monday announced in unilateral fashion that it would dissolve Kashmir’s special status and divide the state into two parts, one of which is to be ruled directly from Delhi. The proclamation was accompanied with a curfew in the state that included the house arrest of prominent Kashmiri leaders, the severing of all internet, cellphone, and landline connections, and the deployment of thousands of additional troops in what is already, with nearly a million soldiers, one of the most militarized regions in the world.

Suzy Hansen describes how in Turkey President Recep Tayyip Erdogan is working to dismantle the nation’s universities in his bid to solidify  his power.

An authoritarian state can do many things to get rid of these democratic types — put them in jail, put them on trial — but ultimately the government must attack the institutions that produce and sustain them. Newspapers can be easy to buy. NGOs are easy to shut down. Universities are much harder to dismantle.

But this is what, through the great purge, President Recep Tayyip Erdogan and his allies sought to do. Thousands of academics lost their jobs, and many lost their right to travel, their passports canceled. They would not be able to work at public or private universities again. Legal proceedings would be opened against them — and drag on to this day, leaving the fired in limbo. Many who were abroad would not return. They feared being quoted in the press or even speaking to journalists. Some were sentenced to prison. At least one committed suicide. Around 90 of the purged academics came from Ankara University, and 36 came from Mulkiye alone, raising suspicions that the 160-year-old faculty of political science had become a particular target.

Perhaps most serious and also most hopeful is the  situation in Hong Kong where young protesters are showing the world what it means to fight for democracy and to fight back against authoritarian rule. Richard Lloyd Parry rightly argues that the West has refused to stand up to China’s authoritarian evils. The only world leader standing up to China now is President Donald Trump, and President Trump  could not care less about the reeducation camps or the oppression in Tibet, but only worries about whether the United States is getting taken advantage of economically. In the face of the world’s indifference to authoritarianism and possibly even totalitarian rule in China, it is heartening to see the rise of a courageous and serious pro-democracy movement that has spread to  include all segments of Hong Kong society. As Parry writes:

It’s not that the West ignores the rounding up of Muslim Uighurs in “re-education” camps in Xinjiang province, the persecution of peaceful democracy activists or the suppression of Tibet’s independence movement; but the objections raised are so timid and bureaucratic, so hobbled by the fear of causing offence, as to be almost meaningless. The only person standing up to Mr Xi is Donald Trump, who is engaged in a trade war not on grounds of principle, but for national self-interest. He makes little secret of his indifference to the rights of the Chinese; his concern is only for the economic advantage of Americans.

This is the most remarkable, and the most shaming, thing about the protest movement that has emerged in Hong Kong in the past month. The youth of its organisers, several of whom are little more than teenagers, is inspiring. The scale of the demonstrations, some reaching 2 million people, has taken everyone by surprise. But the most important thing about them is their uniqueness. The Hong Kong protesters represent the only significant challenge anywhere in the world to the oppression and arrogance of the Chinese communist party.
What began as a movement against a proposed new extradition law, that would allow people arrested in Hong Kong to be sent for trial in China, has metamorphosed into a determined campaign to force the resignation of the territory’s chief executive, Carrie Lam, who is effectively appointed by Beijing. Its leaders, such as 22-year-old Joshua Wong, talk openly about their goal: the introduction of genuine democracy in Hong Kong, a demand which long ago became taboo among the leaders of the G20 nations.