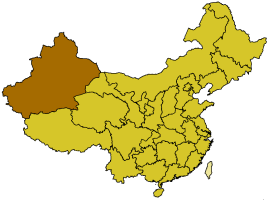 China has built nearly 400 internment camps in Xinjiang region, with construction on dozens continuing over the last two years, even as Chinese authorities said their “re-education” system was winding down, an Australian thinktank has found.

The network of camps in China’s far west, used to detain Uighurs and people from other Muslim minorities, include 14 that are still under construction, according to the latest satellite imaging obtained by the Australian Strategic Policy Institute.

In total ASPI identified 380 detention centres established across the region since 2017, ranging from lowest security re-education camps to fortified prisons.

That is over 100 more than previous investigations have uncovered, and the researchers believe they have now identified most of the detention centres in the region.

“The evidence in this database shows that despite Chinese officials’ claims about detainees graduating from the camps, significant investment in the construction of new detention facilities has continued throughout 2019 and 2020,” said ASPI researcher Nathan Ruser.