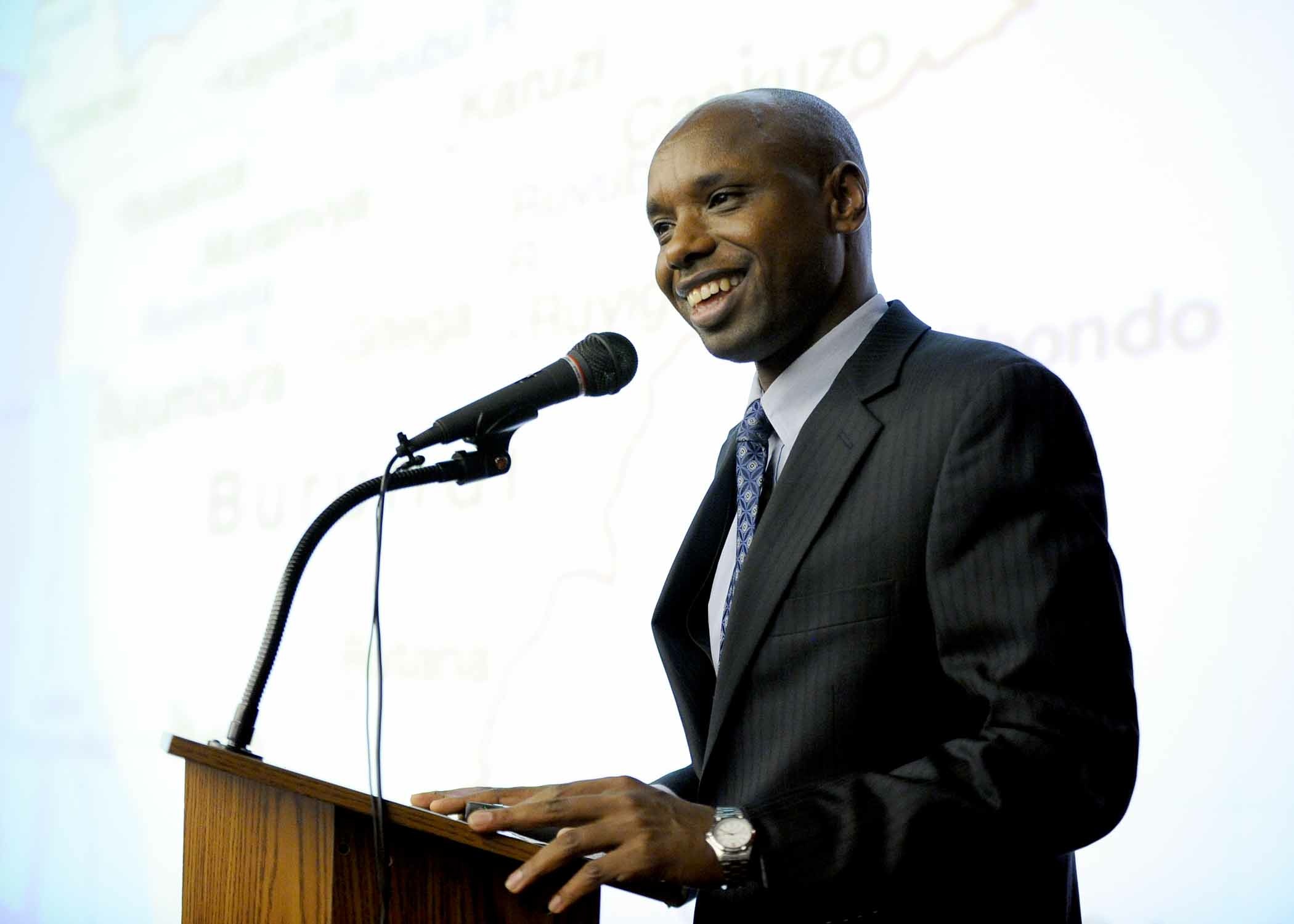 Deogratias Niyizonkiza visited Bard College on March 4th, as the second speaker of the 2019
Courage to Be lecture series. Niyizonkiza is a staunch health rights activist and CEO of Village Health
Works, a medical non-profit that runs a comprehensive hospital that provides, aside from essential
health care, economic development programs, education opportunities, and agricultural training.

Niyizonkiza elegantly wove together his own courageous life story with anecdotes from his equally
courageous current professional work, deftly demonstrating that courage is a virtue that knows no
bounds, and is something that ought to be practiced in all facets of life.

Niyizonkiza began by speaking of the daily presence of death he experienced as boy growing
up in Burundi, saying, “In school, we prayed that we went to heaven when we died. Already as young
children we were thinking more about death than about life.”

Fleeing the Burundian genocide in 1993, and ultimately ending up in New York City,
Niyizonkiza experienced unimaginable hardship as an immigrant in America. Niyizonkiza, after
staying in a crowded apartment in Harlem for two weeks, ended up homeless in Central Park, spending
his days working at Gristedes as a grocery delivery man, and his nights alone in what he called “the
large lonely forest in the middle of New York City.” Niyizonkiza vulnerably admitted, “Those days in
Central Park were the worst for me. They were scarier than Burundi or Rwanda. I, somebody who
loves friends, had no friends. Nobody to talk to, nobody to smile at.” Although taking no part in the
violence in his home country, he felt guilty as a witness to such horrors, saying, “I felt like I too was a
killer… This sadness made me feel even more alone and I didn’t want anyone to know where I came
from.”

Niyizonkiza relayed his luck of eventually meeting a social worker who helped him out of
homelessness. Because of the kindness of strangers and his own academic drive, Niyizonkiza
ultimately graduated from Columbia University, Dartmouth Medical School, and Harvard School of
Public Health. He spoke passionately about the importance of righting wrongs, wherever one sees
them, whether insurmountably big or seemingly small. After finishing graduate school at Harvard,
Niyizonkiza returned to his native Burundi, and was shocked and disheartened to see patients too poor
to pay for medical treatment detained in the bottom floor of a hospital. Niyizonkiza quickly made it his
goal to change this unthinkable reality, saying “I was humiliated by not being able to help.”

Niyizonkiza believed that his home country, one of the poorest and hungriest places in the world,
simply did not have to be a place of so many “stupid and preventable” deaths, and sought to make
sustainable change. Niyizonkiza said, “We all are so different, but we all have one thing in common.
We are all going to die. But we all should be able to die with dignity, and not die because we are too
poor to live.”

Courage, for Niyizonkiza, is a daily practice as well as a guiding principle. It is a matter of
personal composure and willingness to think about one’s actions, as well as a commitment to injustices
that are simply too great to ignore. Niyizonkiza ended his inspiring talk by making a direct appeal to
the students, saying, “You may think that your actions are small, but believe me when I say, the person
you help will never forget your courage.”