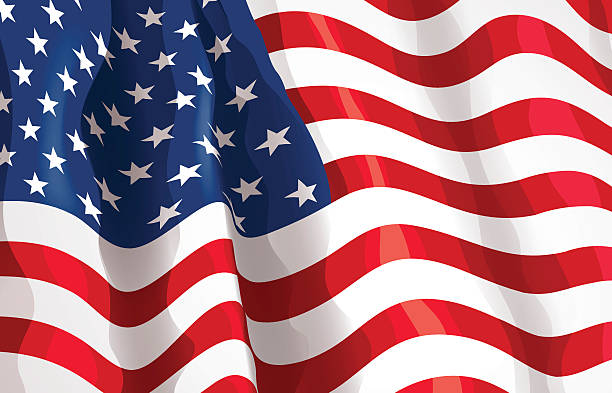 Democracy in Name Only

On November 8th, 2016, President Donald J. Trump was chosen by the American people. I stayed up into the early hours of the morning watching the results come in. Like the cable news anchors I was watching, I was completely dumbfounded. How could we have elected him?

In the coming days and weeks that was the question that everyone was trying to answer. Every morning since the election CNN has had a new expert on to give their take, an expert who supposedly has the answers. Despite the preponderance of attempts to explain what has happened, we will continue to ponder and answer this question for generations to come. Why? Because for most of us, it epitomizes the failure of representative democracy. And not just any representative democracy, the world’s quintessential representative democracy, toward which all others strive and seek to emulate.

To me, the election of Donald Trump is the perfect illustration of a flaw that pervades human society. We are plagued by our inclination to simplify everything to such an extent that a single event becomes the culmination of a movement or transformation that was not only years in the making, but was, more importantly, already occurring. Police brutality did not begin and end with Colin Kaepernick taking a knee during the national anthem in the same way that Occupy Wall Street was not the beginning of socioeconomic inequality in our nation. Yet, it took these events to bring attention to endemic problems that many of us have overlooked for years, quite possibly for our whole lives. Such is the case with the election of Donald Trump.

This is not meant to justify the outcome nor alleviate the burden on those who voted for him by any means whatsoever, but, rather, to say that we as a nation should not have been taken by surprise. Representative democracy did not simply fail on November 8th, 2016. As James F. Fishkin noted at the 2017 Arendt Center’s annual conference, for years, we have been watching our society become a nation where “intense minorities rule and determine the result over one issue.” We have become allergic to compromise and have instead created a climate in which partisanship, divisiveness, and gridlock thrive. The failure of representative democracy is not finite, and we shouldn’t think of it as such.
In the words of Alexis de Tocqueville,

“A new science of politics is needed for a new world. This, however, is what we think of least; launched in the middle of a rapid stream, we obstinately fix our eyes on the ruins which may still be descried upon the shore we have left, while the current sweeps us along, and drives us backward toward the gulf.”

Although in this case, the “ruins” pertain to representative democracy, rather than the aftermath of France’s authoritarian regime as a result of democratization, the message nevertheless holds true. There is no use in attempting to fight the current, as it will just push us further from where we once were. In other words, it is not impossible to restore our representative democracy to what it once was, but in order to do so, “a new science of politics” must be employed.

As Teju Cole put it, “we need to snap out of the ‘what if things get really bad for us?’” mentality and realize that things have already gotten really bad. Yet, as Tocqueville describes, this is much more difficult than one might think. Ever since the democratic ideal emerged on the world stage, we have been warned that violations of it will result in the ‘destruction’ or ‘demise’ of democracy. We anxiously await the day this failure will arrive and destroy the whole of democratic society. Which is why so many are eager to equate the election of Donald Trump with the failure of representative democracy, instead of recognizing it as an extreme form of partisan politics. James Fishkin, describes his work in the field of Deliberative Democracy and Deliberative Polling to the audience of the 2017 Hannah Arendt Center Fall Conference, “Crises of Democracy: Thinking in Dark Times” (Source: Anne Burnett)
As Fishkin noted, much of this failure can also be attributed to rational ignorance — the belief that your acquiring knowledge and being an active political participant is not worth the little, if any, impact it has on society — which itself derives from partisanship, when one increases, the other is soon to follow. Fishkin is certainly not the first to be concerned with this phenomenon; it dates back to Madison, Rousseau, and even Aristotle. Yet, it has become much more prevalent in the last couple decades with the continued rise in partisanship, sparking questions as to whether there are anti-democratic mechanisms within our own representative democracy that promote rational ignorance. One such institution that has been given much attention lately is the electoral college. Twice in the past century we have seen the electoral college vote supersede the popular vote, which means that majority of citizens who voted do not see their voices represented in government.

These are all elements of our government that must be dealt with. It is understandable that they might evoke feelings of rational ignorance, but these feelings should not be legitimized. There is a reason that the first right authoritarian regimes suppress is access to knowledge and information. In the words of Tocqueville, “from the time when the exercise of the intellect became the source of strength and of wealth, it is impossible not to consider every addition to science, every fresh truth, and every new idea, as a germ of power placed within the reach of the people.” Once we succumb to rational ignorance and give up our claim to knowledge, we relinquish the fate of our nation’s representative democracy to an individual who wants nothing more than to see it destroyed. Therefore, it is not a bipartisan issue, but a nonpartisan one. Otherwise, the gradual erosion of the rights and purpose of the people will transform our government into a democracy in name only, and America will be great for no one.