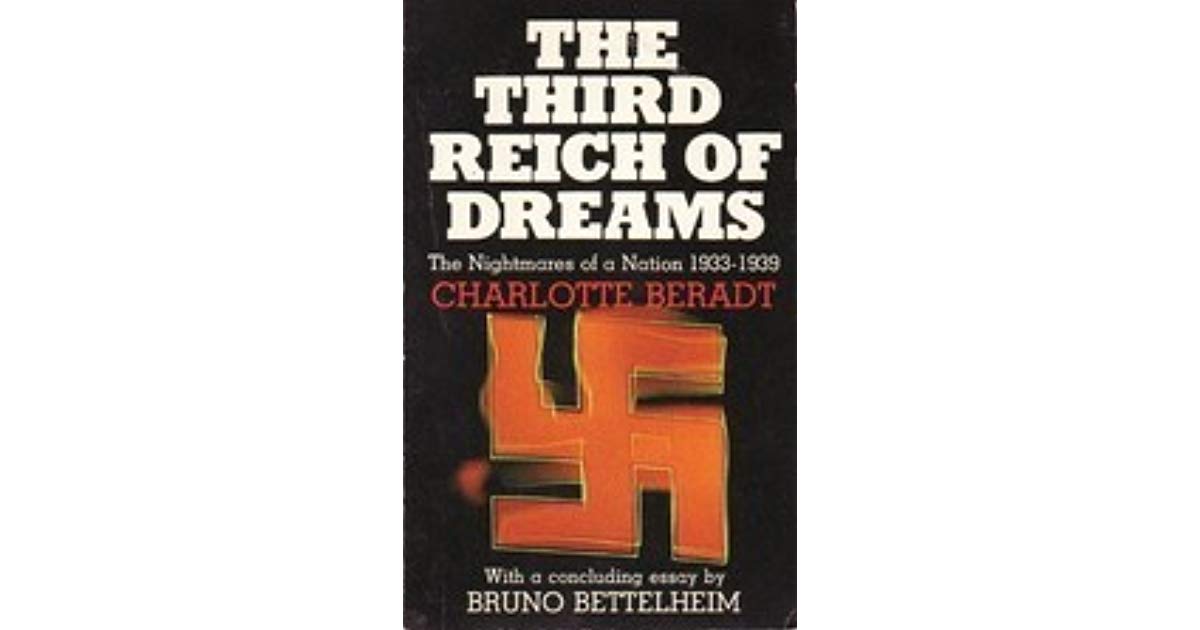 Mireille Juchau revisits a book published by Charlotte Beradt in 1985 on The Third Reich of Dreams: The Nightmares of a Nation. Beradt was an acquaintance of Hannah Arendt’s and translated five her essays. Beradt’s work echoes Arendt’s work in the The Origins of Totalitarianism, and challenges readers to think about spaces of freedom in thinking, beyond the public and private realm:

At times, “The Third Reich of Dreams” also echoes Hannah Arendt, who saw totalitarian rule as “truly total the moment it closes the iron vice of terror on its subjects’ private social lives.” Beradt seems to agree with this premise—she understood dreams as continuous with the culture in which they occur—but she also presents dreams as the one realm of free expression that endures when private life falls under state control. Under such conditions, the dreamer can clarify what might be too risky to describe in waking life. Beradt recounts the dream of a factory owner, Herr S., who is unable to muster a Nazi salute during a visit from Goebbels. After struggling for half an hour to lift his arm, his backbone breaks. The dream needs little elaboration, Beradt writes; it’s “devastatingly clear and almost vulgar.” In a period during which the individual was reduced either to a parasite or to a member of a faceless mob (“I dreamt I was no longer able to speak except in chorus with my group”), dreams offered a rare opportunity to restore a sense of agency.