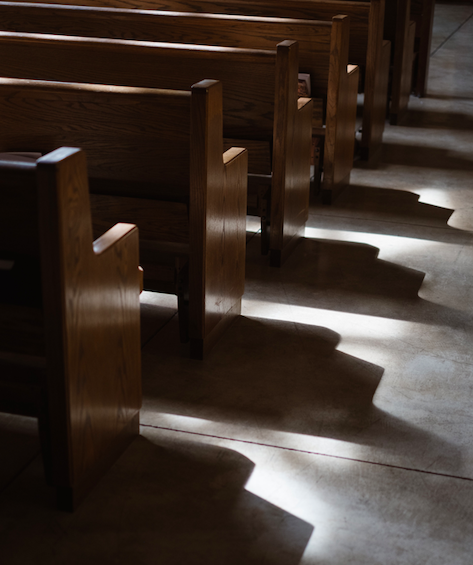 Roger Berkowitz
Mars Hill was an evangelical church founded by a charismatic figure Mark Driscoll that was based in Seattle. At its height, over 12,000 people attended services at the Church every week and hundreds of thousands more regularly watched Driscoll’s sermons online. Driscoll proved a controversial figure, at once a brilliant evangelical leader and a bullying leader also accused of plagiarism and fraud. The story of the rise and fall of Mars Hill Church is told by Mike Cosper in his podcast The Rise and Fall of Mars Hill. Cosper’s now 18 segment podcast looks at the phenomenon of megachurches, internet celebrity, and the breakdown of institutions to shine a light on our general cultural decadence. In the opening episode, Cosper asks:

“Why do we keep doing this? Why are we regularly platforming people whose charisma outpaces their character and who leave devastation in their wake? Something attracts us, we buy in, and then we watch the collapse like spectators at a demolition derby. Understanding why this happens is really the purpose of this whole podcast.”

The Rise and Fall of Mars Hill speaks to our present moment whether or not one is interested in Christianity or in megachurches. It is an extraordinary example of how to tell a story of our time through an in-depth exploration of one exemplary cultural catastrophe. I had the pleasure of speaking with Cosper on the most recent episode of his podcast. The other guest is Yuval Levin, who will be speaking at the Hannah Arendt Center Conference Rage and Reason in October. You can listen to the first episode of The Rise and Fall of Mars Hill here. And you can listen to the episode “Everything is Still Falling Apart” with myself and Levin here.