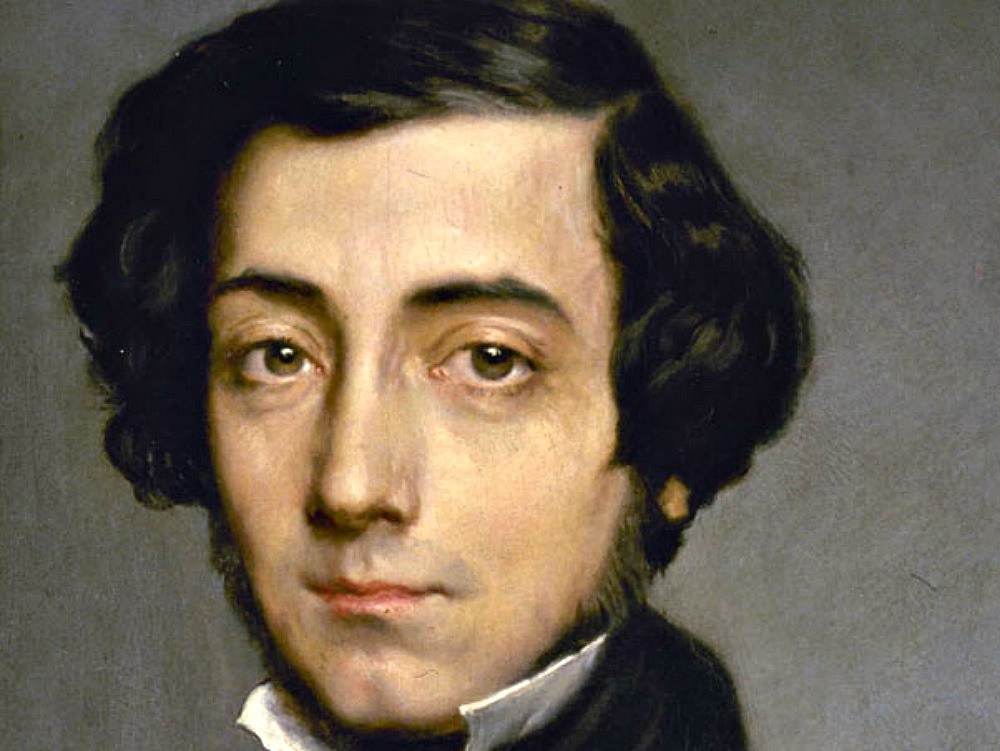 “Faith Changes Its Object, It Does Not Die”

In Democracy in America Alexis de Tocqueville argues that the American brand of religion—strong on morality while permissive on rituals and dogma—is deeply important to liberal democracy. While democracy secures and fosters political and civil liberties, religion nurtures a “civic religion” that privileges moral consensus over dogmatism. When religion eschews the dogmatic command that each adore the one true god and embraces, instead, the civil religious ideal that each profess a religion whatever it may be, religious belief provides a common core of moral belief even amongst a plurality of faiths and sects. Because religions shield each of us from the our excessive individual wants and desires, religious belief “imposes a salutary yoke on the intellect.” Religion also offers hope and rejects apathy and subservience. This is because religion inspires one to aim for the beyond and raises our souls toward the superior regions of good, truth, and justice. Especially in a nation governed by the ideals of equality, religion is important because it focuses reverence on what is best. Religion therefore counters the democratic inclination to material well-being.

Tocqueville attributed one reason for the success of American democracy to the fact that it was in America that religion “most preserved genuine powers over souls.” He understood that while in Europe “the spirit of religion and the spirit of freedom almost always move in contrary directions,” he saw that in the United States, religion and freedom “reigned together on the same soil.” Under this view, the long-standing religiosity of Americans—which continued to be rich and vigorous through the 20th century and especially in comparison to the irreligiosity of Europeans—has been an important ingredient in the American experience of democracy.

It is worth reflecting on the relationship between democracy, freedom, and religion in American given a new Gallup poll showing that membership in religious institutions has dropped below 50% in America for the first time in recent history. As Sarah Pullman Balley writes:

The proportion of Americans who consider themselves members of a church, synagogue or mosque has dropped below 50 percent, according to a poll from Gallup released Monday. It is the first time that has happened since Gallup first asked the question in 1937, when church membership was 73 percent.

In recent years, research data has shown a seismic shift in the U.S. population away from religious institutions and toward general disaffiliation, a trend that analysts say could have major implications for politics, business and how Americans group themselves. In 2020, 47 percent of Americans said they belonged to a church, synagogue or mosque. The polling firm also found that the number of people who said religion was very important to them has fallen to 48 percent, a new low point in the polling since 2000.

The insight that “Faith Changes its object, it does not die,” comes from Alexis de Tocqueville. The decline of traditional religious belief in the United States does not mean that people don’t fervently believe in faiths and dogmas. Indeed, the rise of intense political partisanship may well be a corollary of the decline in traditional religion.