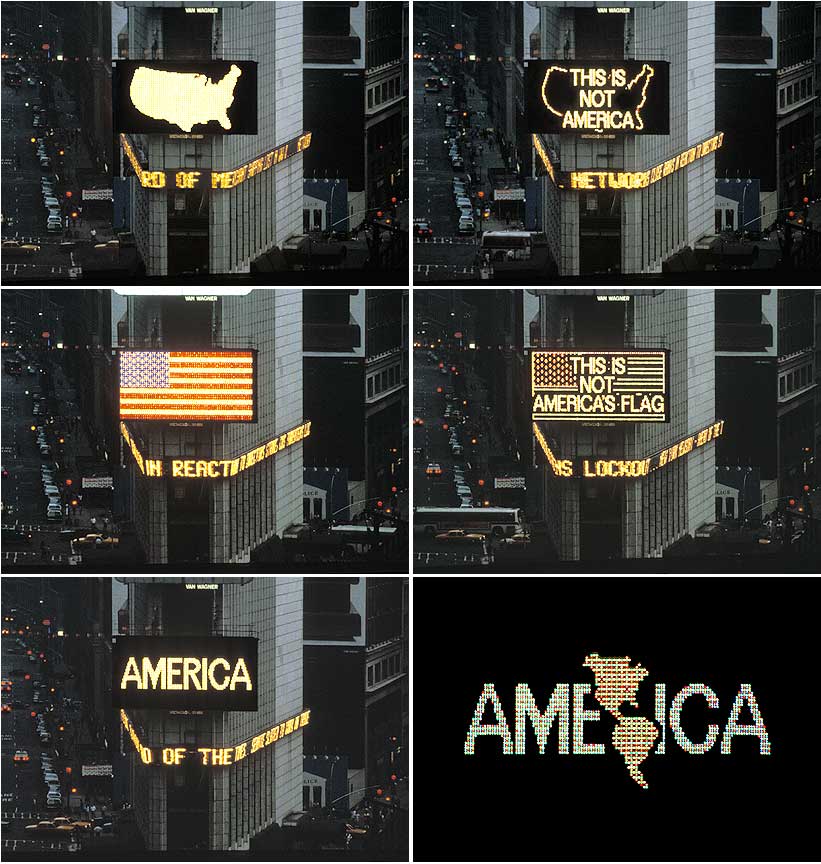 The Leader of the Masses 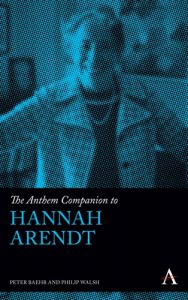 Peter Baehr is one of our best Arendt scholars, and his work explicating Arendt's thinking about totalitarianism is invaluable. In his essay "The Theory of Totalitarian Leadership," Baehr argues that the totalitarian leader is only comprehensible as a mouthpiece of what Arendt calls the masses. The masses exist in all democracies, and they may even be an always-existing silent majority. They are the passive, apathetic, apolitical people who lack convictions—until they are suddenly mobilized. They are "the detritus of all social strata that have lost their former social identity and emotional bearings as a result of abrupt political, geopolitical and economic dislocation." The totalitarian leader does not exist separate from the masses; the leader is necessarily a leader of the masses. The mass leader offers the people what they most need: a world they can believe in. Baehr writes,

"In Arendt’s long review of Hitler’s Table Talk ([1951–52]), and, more succinctly, in a footnote to Origins, she acknowledges Hitler’s “brilliant gifts as a mass orator,” while noting that Stalin, by contrast, who lacked such gifts, was “able to defeat the greatest orator of the Russian Revolution,” namely, Leon Trotsky. Now, it is in face-to-face encounters that witnesses have most often described the allure of Hitler’s personality. Arendt was unimpressed. Fascination is a tautological concept. People are fascinated by people who are fascinating. The secret to Hitler’s fascination, she responded, lay not in some ineffable, captivating quality, some “magical spell” that floored all listeners, robbing them of independent thought. Hitler’s appeal was rooted in something far more mundane: the social propensities of the audience to which he spoke. Her argument is thoroughly sociological. “Fascination is a social phenomenon, and the fascination Hitler exercised over his environment must be understood in terms of the particular company he kept”. On her account, Hitler’s entourage consisted of people whose capacity for discriminating judgment was all but obliterated. They had succumbed to the “chaos of opinions” that characterized the cynical and iconoclastic interwar years. But where others were indecisive and confused, Hitler was unwavering and clear, an obelisk of iron protruding from a trampled field of corn. Accordingly,

"The problem of Hitler’s charisma is relatively easy to solve. It was to a great extent identical with what Professor Ritter calls the “fanatical faith the man had in himself,” and it rested on the well-known experiential fact that Hitler must have realized early in his life, namely, that modern society in its desperate inability to form judgments will take every individual for what he considers himself and professes himself to be and will judge him on that basis. Extraordinary self-confidence and displays of self-confidence therefore inspire confidence in others; pretensions of genius waken the conviction in others that they are indeed dealing with a genius."

Two features in particular gave Hitler a stature that in other times and among other people would have been derided as dangerous nonsense. The first was his “apodictic tone,” convictions uttered with the utmost dogmatism. Hitler knew firsthand, Arendt explains, the maelstrom of opinions to which modern people are subject and that make them hunger for certainty. Hitler understood that “a role consistently played is unquestioningly accepted as the substance itself .” Second, he formulated this role in a form, logical consistency, which was literally compelling. Indeed, if “logic is defined as the capability to press on to conclusions with a total disregard for all reality and all experience, then Hitler’s greatest gift – the gift to which he owed his success and which brought about his downfall – was one of pure logic.”

Baehr's essay is published in The Anthem Companion to Hannah Arendt (Anthem Press, 2017). We are grateful to Anthem Press for allowing us to republish the essay. You can read it here. You can also download a PDF of the essay in original formatting here. And as a bonus you can download another of my favorite of Peter Baehr's essays, this one on Robert Nisbit's "Totalitarianism in America?" —Roger BerkowitzForm more information visit: https://medium.com/@arendt_center/the-theory-of-totalitarian-leadership-1af00db6873e#.v6zzzvbdd 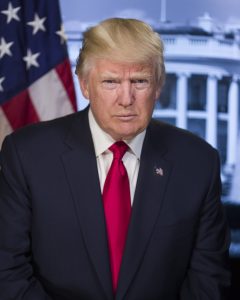 "For this article, I set out to develop a list of telltales that the president is endangering the Constitution and threatening democracy. I failed. In fact, I concluded that there can be no such list, because many of the worrisome things that an antidemocratic president might do look just like things that other presidents have done. Use presidential power to bully corporations? Truman and Kennedy did that. Distort or exaggerate facts to initiate or escalate a war? Johnson and George W. Bush did that. Lie point-blank to the public? Eisenhower did that. Defy orders from the Supreme Court? Lincoln did that. Suspend habeas corpus? Lincoln did that, too. Spy on American activists? Kennedy and Johnson did that. Start wars at will, without congressional approval? Truman did that. Censor “disloyal” speech and fire “disloyal” civil servants? Wilson did that. Incarcerate U.S. citizens of foreign extraction? Franklin D. Roosevelt did that. Use shady schemes to circumvent congressional strictures? Reagan did that. Preempt Justice Department prosecutors? Obama did that. Assert sweeping powers to lock people up without trial or judicial review? George W. Bush did that. Declare an open-ended national emergency? Bush did that, and Obama continued it. Use regulatory authority aggressively and, according to the courts, sometimes illegally? Obama did that. Kill a U.S. citizen abroad? Obama did that, too. Grant favors to political friends, and make mischief for political enemies? All presidents do that."

It is no doubt possible that in the wake of a major terrorist attack or as part of an intensified and expansive war against ISIS, President Trump would seek and be granted broad and authoritarian powers that would make the Patriot Act look liberal. But it is also possible, and more likely Rauch argues, that some combination of Congressional, judicial, libertarian, and civil society groups are more than strong enough to contain any authoritarian impulses the President may or may not have. The real threat that President Trump poses, Rauch rightly argues, is less to the Constitutional order than to our moral and democratic norms.

"As Benjamin Wittes, a Brookings Institution expert on legal affairs, told me, “The first thing you’re going to blow through is not the laws, it’s the norms.” By “norms,” he means such political and social customs as respecting the law, accepting the legitimacy of your political opponents, tolerating speech you disagree with, performing civic duties like voting and staying informed, treating public office with dignity, and not lying. Fervently and frequently, the Founders warned that the Constitution would stand or fall on the public’s commitment to high standards of behavior—what they called republican virtue. James Madison said “parchment barriers” could not withstand the corruption of democratic norms. George Washington, in his farewell address, said, “It is substantially true that virtue or morality is a necessary spring of popular government.” John Adams warned that “avarice, ambition, revenge, or gallantry would break the strongest cords of our constitution as a whale goes through a net.” When Benjamin Franklin was asked what kind of government the Constitution established, he replied: “A republic—if you can keep it.”"

But how do we teach republican virtue, something that Montesquieu knew is nearly impossible to resurrect once it has been lost? What is needed, Rauch writes, is a way to re-enliven the values of republican constitutional democracy. He cites Yascha Mounk who argues that "“We need a positive vision of what politics can be after Trump. We need to build a new vision of how liberalism can improve people’s lives while pulling them together.”" Mounk, who will be speaking at the 10th Annual Hannah Arendt Center Conference "Crises of Democracy," is at work at that essential and Sisyphean task. —Roger BerkowitzForm more information visit: https://www.theatlantic.com/magazine/archive/2017/03/containing-trump/513854/

Dressing Falsehood Up as Truth

Leon Botstein argues that America's colleges and universities must take the lead in the non-partisan struggle to resist the defactualization of the world.

"Not since the era of witch hunts and “red baiting” has the American university faced so great a threat from government. How is the university to function when a president’s administration blurs the distinction between fact and fiction by asserting the existence of “alternative facts”? How can the university turn a blind eye to what every historian knows to be a key instrument of modern authoritarian regimes: the capacity to dress falsehood up as truth and reject the fruits of reasoned argument, evidence and rigorous verification? The atmosphere of suspicion and insecurity created by the undermining of truth provides the perfect environment for President Trump’s recent actions on immigration. The American university’s future, indeed its most fundamental reason for being, is imperiled by a government that constructs walls on the Mexican border, restricts Muslim immigrants and denigrates the idea of America as a destination for refugees. Although American universities did not always welcome the huge influx of refugees after the Nazi seizure of power in 1933, that intellectual migration transformed a provincial and second-rate higher education system into the finest in the world. Manufacturing may have fled our borders, but American higher education remains a powerful and competitive force, a destination for students and scholars everywhere and a vital engine of employment and economic health. An astonishingly large percentage of graduate students and professors in science today are foreigners and immigrants. I am a Jewish immigrant who came here as part of a family that was stateless, and my deep patriotism is rooted in that experience. I benefited from American humanitarianism, and I have worked my entire life to give back to this country. An America inhospitable to immigrants and foreigners, a place of fear and danger instead of refuge, is unthinkable in the context of the nation’s history and founding principles. If a more practical argument is required, think of the consequences for the quality and future of our colleges and universities, and their highly prized superiority in science and engineering."