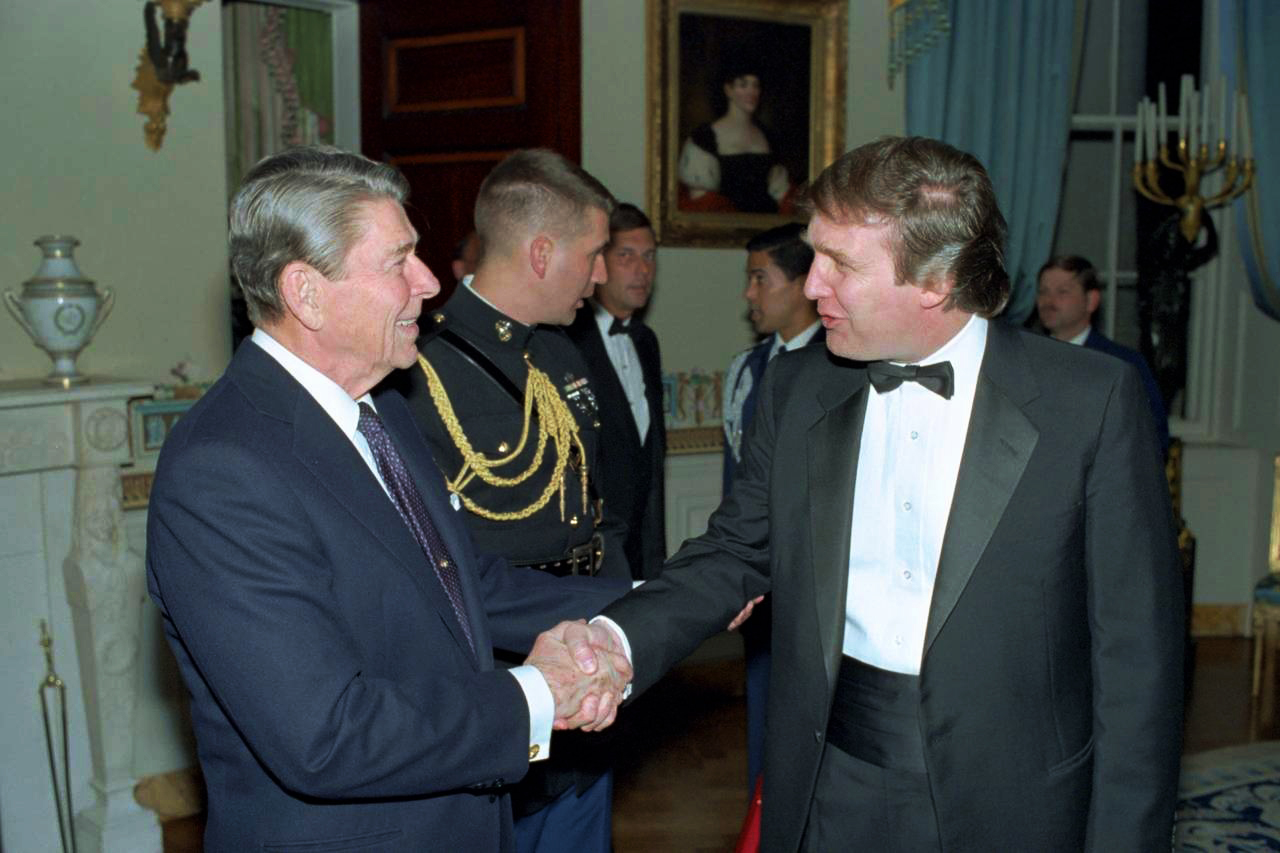 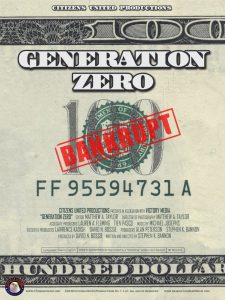 David Kaiser writes about his experience being interviewed by Steve Bannon for Bannon's film Generation Zero, a documentary about the financial crisis. Kaiser is a historian who looks at the moments of crisis in American history, moments that can serve as transformational periods. Kaiser writes that Bannon's own interpretation of the present crisis has a dangerous apocalyptic vision.

"My own interpretation of it is that the death of an old political, economic and social order creates an opportunity for any determined movement or leader to put a new vision in place. To use the most striking example, both the United States and Germany were in the midst of a terrible economic and political crisis in 1933. The United States turned to Franklin Roosevelt and the New Deal; Germany turned to Adolf Hitler and National Socialism...

Since at least 2000, in my opinion, the Republican Party has managed to seize and generally keep the initiative during our current crisis precisely because it is the revolutionary party of change, while the Democrats are essentially the party of the status quo. The Republican stance goes back, of course, to the early career of Newt Gingrich in the 1980s."

Kaiser's account of how Bannon framed the story of the financial crisis is fascinating and well worth reading. So too is his final warning.

"A second, more alarming, interaction did not show up in the film. Bannon had clearly thought a long time both about the domestic potential and the foreign policy implications of Strauss and Howe. More than once during our interview, he pointed out that each of the three preceding crises had involved a great war, and those conflicts had increased in scope from the American Revolution through the Civil War to the Second World War. He expected a new and even bigger war as part of the current crisis, and he did not seem at all fazed by the prospect.
I did not agree, and said so. But, knowing that the history of international conflict was my own specialty, he repeatedly pressed me to say we could expect a conflict at least as big as the Second World War in the near or medium term. I refused. Apocalyptic rhetoric and apocalyptic thinking flourish during crisis periods. This represents perhaps the biggest danger of the Trump presidency, and one that will bear watching from all concerned citizens in the months and years ahead." 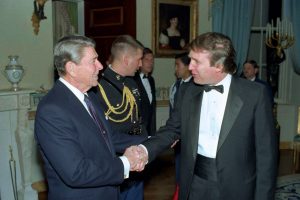 President Ronald Reagan greeting Trump at a White House reception in 1987[/caption] Roger L. Martin approaches the victory of Donald Trump as a business strategist. He argues that Trump won because of his unceasing rejection of political correctness—which set him apart from all other outsider candidates such as Bernie Sanders and Ben Carson.

"When he entered the race, Trump had zero political experience and was reviled by the Republican establishment. The normal thing to do was to follow the path of a typical “outsider” candidate, accepting the boundaries of the category and attempting to be sufficiently distinctive within that category to overcome the outsider disadvantages. For example, see Bernie Sanders: “I am a Democrat, but I bring a much more compelling liberal view than my establishment opponent.” Or Ben Carson: “I am a Republican candidate, but as a successful surgeon, I bring a fresh perspective.” In fact, this was such expected behavior from Trump that during the primary the media largely covered him as a classic outsider candidate, even though he was doing something radically different. What he was doing was creating with precise and relentless consistency an entirely new category in the minds of voters: the politically incorrect candidate. He has since monopolized that new category. To establish the legitimacy of the category, he made a consistent and devilishly tautological argument: In the category of traditional presidential candidates, the politicians are all politically correct. When they get in power, they fail you. Hence you don’t want a leader in that category — you want one in a new category called politically incorrect presidential candidates. I have been a huge success in business by being politically incorrect. Therefore: political correctness = failure, and political incorrectness = success. It doesn’t matter whether he consciously set out to pursue that strategy or whether it was the result of his personality and instincts. The outcome is the same in either case. Trump used an approach to attract primary and general election voters that businesses use to attract customers. Customers create categorical boundaries in their minds – e.g., Chinese restaurants, sporty cars, blue jeans – and within those boundaries they are disproportionately inclined to choose the product that feels the most natural, familiar, and comfortable to them. Because the mind craves simplicity and consistency, the product that feels most comfortable tends to be the one with which people have a long and dependable experience. For example, someone’s favorite Chinese restaurant is their favorite because they have gone there the most often and know the people and the menu and the layout best. Former Procter & Gamble CEO A.G. Lafley and I have termed this “cumulative advantage,” and it is an underappreciated way of attaining sustained leadership in a market. It’s also why every time Trump acts politically incorrectly — which he often points out, in case anyone missed the fact that he was acting politically incorrectly — he demonstrates that he is in a different category from other politicians. And because he did it continually during the campaign, he helped voters find him increasingly comfortable and familiar. This is why he never apologizes for his political incorrectness: It would undermine his consistency and be a disaster for him. When he was excoriated for doing extremely politically incorrect things, like criticizing John McCain for being a POW, lambasting a Gold Star family, mocking a reporter with a disability, maligning Megyn Kelly, repeatedly refusing to release his tax returns, or, more recently, causing international incidents with China and rebuffing intelligence briefings on Russian hacking, the politically correct thing to do would have been to apologize and attempt to retreat diplomatically from his faux pas. Nope. Instead of showing remorse, he has gone on the attack. Apologizing would have tossed him back into the “traditional” category, where he would have been an ineffective player, like Carson or Sanders. Instead, political incorrectness piled on top of political incorrectness reinforces the fact that he is in a different category and makes him an ever more familiar member of that category." 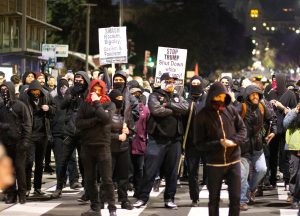 Demonstrators on the UC Berkeley campus on 02/01/17[/caption] Students in Berkeley protested and demanded that Milo Yianoppoulous not be allowed to speak on campus, after he was invited by a student group. This illiberalism fed a group of anarchists—black clad and masked—who violently broke windows, set fires, and prevented the speech. Styling themselves as anti-fascists, these hoodlums of course raise, the question, who are the fascists. DD. Guttenplan interviewed Milo Yianoppoulous in The Nation last year. Here is what he might have said if he'd been allowed to speak.

"For the last three decades, the left has been conflating culture with race. If you say you like a particular culture, they can call you a racist. I think the electorate is rejecting that on both the right and the left. This is, for me and I think the majority of the alt-right, a cultural and not a racial argument. There are some racial elements to it, some racial overtones, but this is primarily a cultural argument. The alt-right believes that Western culture is currently imperiled and that the elites on both sides of the political divide are not doing enough to protect it. In that analysis, I think they’re right. Whether that is from mass immigration from backward cultures into rich nations, whether it is, in my case, I care more about Islam. I don’t want it here. I think the West is in decline and I would like to see that decline arrested as forcibly as possible by the people who lead us. I would like to see our civilization preserved. I think that kind of apocalyptic language would have sounded ridiculous 10 years ago, but with ISIS I don’t think it does. Syria is not that far away. And Orlando, 9/11, 7/7, this stuff is happening on our own shores. Munich, Nice, whatever the other one was. This stuff isn’t just over there now. It’s here, too, and we welcomed it in. Many people would like to see it expelled.... You object to people because of values, which is why Trump’s values test was so popular a few weeks ago. That’s exactly what his voters want. They don’t care about skin color. They want somebody to come over and believe in America. They want the kind of immigrants that came two, three generations ago who came to participate in the American dream, not the kind of immigrants that are coming now to destroy it."