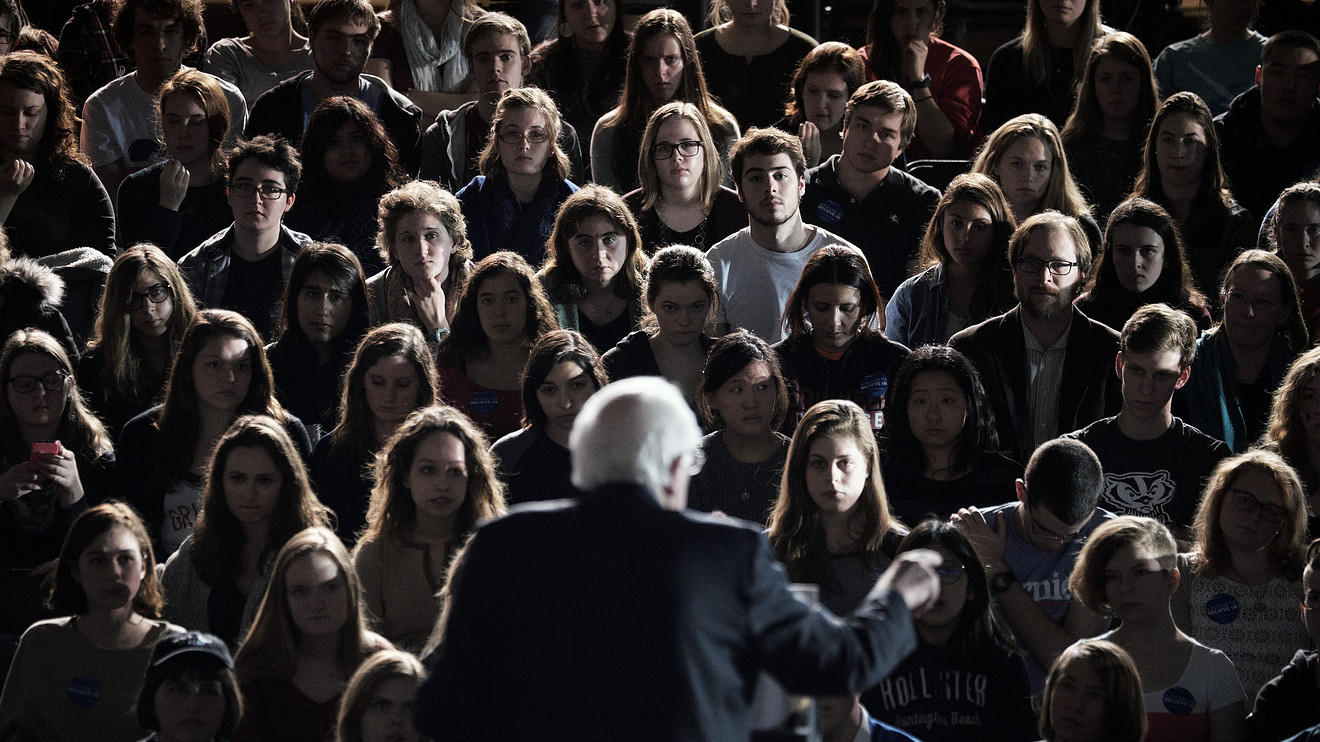 Feel the Bern: Understanding The Spirit of Political Revolution

Among the surprising elements of the Bernie Sanders campaign is the candidate’s unapologetic call for a “political revolution” and the electorate’s apparent response. The radicalism of the term "revolution" and the unexpected breadth of its appeal ought to give us pause. Arguably, “general dissatisfaction, widespread malaise, and contempt for those in power”--the political sentiments that Hannah Arendt identified as revolution’s causes--are much more widespread among voters in both parties than had been previously thought. And yet, thinking with Arendt’s treatise On Revolution, we find that this quality of unexpectedness is to be expected; not even the “professional revolutionist” expects the revolution. In the same work, reading Jefferson, she presciently identifies the apparent grounds of this malaise in what Jefferson calls the “corruption and perversion” of the representative organs when private interests invade the public domain. The founders were well aware of the dangers that public power poses to private life--the Bill of Rights responds to that concern. “However,” Arendt writes,

“under conditions, not of prosperity as such but of rapid and constant economic growth, that is, of a constantly increasing expansion of the private realm…the dangers of corruption were much more likely to arise from private interests than from public power.”

According to Arendt, toward the end of his life, Jefferson increasingly worried about the danger private interest poses to republican government. She posits that the remedy is to be found in authentically public action, “in the light which exhibits each deed enacted within its boundaries, in the very visibility to which it exposes all who enter it.” In support of this thought, Arendt seizes on Jefferson’s retrospectively ideal system of hyper-local government councils, “wards,” that would secure for all citizens a space of freedom, that is, a standing opportunity to judge and act politically.

As she reads history, such “popular organs”--“organs of order as much as organs of action”--spring up organically and spontaneously in times of revolution, and they are just as reliably smothered by party systems. Like historians and philosophers, the professional revolutionists who assume leadership misunderstand revolution. Its spirit--the desire for an order that fosters public freedom and public happiness through public action--is obscured by the idea that revolution is a means of securing control of the state and its instruments of force. For Arendt, the “spirit of revolution” concerns not merely the replacement of one ideology or one power-holder by another; it is the animating hope of our capacity for public life.

On Revolution is Arendt's lament that the American Revolution (and that of the French and of the Russians) paradoxically failed to secure a public realm adequate for the preservation of its spirit. Jefferson’s idea of a ward system was meant to emend a governmental structure that nominally located power in the citizenry but effectively limited citizen action to the vote such that “there was no space established for them in their capacity of being as citizens.” Arendt connects not only the aforementioned “corruption and perversion” to this lack of public space but also the danger of mass political movements, a threat that feels especially pressing these days. Party operatives and elected representatives actualize the work of government. The citizen is limited to her consent or refusal on Election Day. The United States’ sole exception to this, according to Arendt, is the party primaries. If her analysis is correct, it is no accident that we are seeing such unexpected civic action played out in this forum in both parties. Here, our actions seem to matter. This returns us to Sanders’ call for “political revolution.” In speeches and literature, it is cast explicitly in terms of a change in political systems, the deposition of an oligarchy in favor of a democracy. His campaign is actively channeling the desire for a more public governmental order.

Arguably, though, it was also this hunger for a national public that carried Obama to the presidency on a similar tide of hope and small donations. If the past seven years have proven anything, it is that executive action is both driven and limited by the support that scaffolds it--be it public or private. Regardless of who is in office or the terms of their appeal, the motive force of public power will require institutionalized public space to rival the PACs and K-Street, forces which have shown us the infrastructure of private power that money can buy.

Thus, the relevant question is what will become, what can become, of a candidate-driven revolution after the vote. With its ends determined by the parameters of the campaign, what “new public space for freedom” could it create?