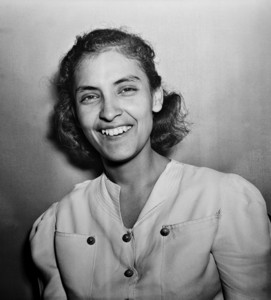 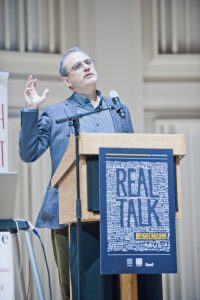 William Deresiewicz has published a version of the talk he gave at the Hannah Arendt Center's Fall Conference "Real Talk: Difficult Questions About Race, Sex, and Religion." Deresiewicz argues that orthodox political correctness is the new religion on campus.

"Selective private colleges have become religious schools. The religion in question is not Methodism or Catholicism but an extreme version of the belief system of the liberal elite: the liberal professional, managerial, and creative classes, which provide a large majority of students enrolled at such places and an even larger majority of faculty and administrators who work at them. To attend those institutions is to be socialized, and not infrequently, indoctrinated into that religion. I should mention that when I was speaking about these issues last fall with a group of students at Whitman College, a selective school in Washington State, that idea, that elite private colleges are religious institutions, is the one that resonated with them most. I should also mention that I received an email recently from a student who had transferred from Oral Roberts, the evangelical Christian university in Tulsa, to Columbia, my alma mater. The latter, he found to his surprise, is also a religious school, only there, he said, the faith is the religion of success. The religion of success is not the same as political correctness, but as I will presently explain, the two go hand in hand. What does it mean to say that these institutions are religious schools? First, that they possess a dogma, unwritten but understood by all: a set of “correct” opinions and beliefs, or at best, a narrow range within which disagreement is permitted. There is a right way to think and a right way to talk, and also a right set of things to think and talk about. Secularism is taken for granted. Environmentalism is a sacred cause. Issues of identity—principally the holy trinity of race, gender, and sexuality—occupy the center of concern. The presiding presence is Michel Foucault, with his theories of power, discourse, and the social construction of the self, who plays the same role on the left as Marx once did. The fundamental questions that a college education ought to raise—questions of individual and collective virtue, of what it means to be a good person and a good community—are understood to have been settled. The assumption, on elite college campuses, is that we are already in full possession of the moral truth. This is a religious attitude. It is certainly not a scholarly or intellectual attitude."

Authority On The Couch 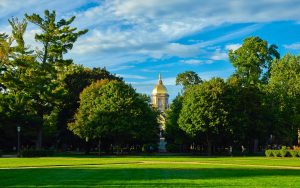 Frank Furedi argues that the therapeutic culture of academia is a result of the loss of elite authority.

"Since the 1960s, universities have been in the forefront of promoting theories and practices that encourage people to interpret their anxieties, distress, and disappointment through the language of psychological deficits. Until recently, however, how students and faculty coped with their existential problems remained a personal matter. Today, the therapeutic outlook pervades campus culture so thoroughly that it influences how courses are taught, which topics are discussed, and how verbal exchanges are regulated. Teaching, some educators believe, can be trauma inducing, and so they have adopted an explicit “trauma-informed perspective.” Outside of hospitals, the university has arguably become the most medicalized institution in Western culture. In 21st-century Anglo-American universities, public displays of emotionalism, vulnerability, and fragility serve as cultural resources through which members of the academic community express their identity or make statements about their plight. On both sides of the Atlantic, professional counselors working in universities report a steady rise in demand for mental-health services. Among academics there is widespread agreement, too, that today’s students are more emotionally fragile and far more likely to present mental health symptoms than in the past. There is little consensus, however, about why this is so. Marvin Krislov, the president of Oberlin College, has more questions than answers on this score:

I don’t know if it’s related to the way we parent. I don’t know if it’s related to the media or the pervasive role of technology—I’m sure there are lot of different factors—but what I can tell you is that every campus I know is investing more resources in mental health. . . . Students are coming to campuses today with mental-health challenges that in some instances have been diagnosed and in some instances have not. Maybe, in previous eras, those students would not have been coming to college.

To help President Krislov answer his own question, let me suggest that perhaps the most significant development that accounts for society’s estrangement from its own traditions today has been the reluctance of its elites to uphold their own authority. It is difficult to imagine how profound cultural changes such as the wholesale rejection of tradition and the embrace of therapeutics can take place without at least the acquiescence of the elites. Among the seers of the Sixties, it turns out that Rieff is the one whose argument focused on the triumph of the therapeutic as an expression of the crisis of cultural authority. The ruling elites, Rieff claimed, were suffering from a failure of nerve, that “the death of culture begins when its normative institutions fail to communicate ideals in ways that remain inwardly compelling, first of all to the cultural elites themselves.” A lack of self-belief, enhanced by a profound mood of disorientation, undermined the capacity of Western political elites to transmit their narrative of cultural traditions: “Many spokesmen for our established normative institutions are aware of their failure and yet remain powerless to generate in themselves the necessary unwitting part of their culture that merits the name of faith.”4 Not only did the elites cease being supportive, they also became critical of traditional culture as a “moral demand system.” This rejection of tradition, Rieff believed, represented a cultural revolution with far reaching consequences.5 It was in the university that the unresolved tension provoked by cultural conflict has since acquired its most acute manifestation. As David Bromwich, a professor of English at Yale, noted, “most of the conversation about culture in America now is carried out in universities.”6 Universities have played a central role in attempting to formulate an etiquette of behavior through questioning traditional rules of conduct and the values underpinning them. Since “traditional values” have lost their capacity to motivate a significant section of society—particularly the university-educated—opponents of traditional conventions and values have succeeded in establishing a commanding influence in institutions of culture and education, and public life more widely."

When All Else Fails 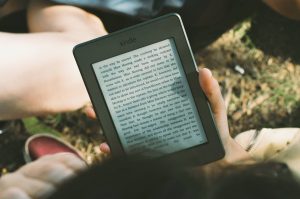 Ceridwen Dovey wonders if reading can make us happy:

"In a secular age, I suspect that reading fiction is one of the few remaining paths to transcendence, that elusive state in which the distance between the self and the universe shrinks. Reading fiction makes me lose all sense of self, but at the same time makes me feel most uniquely myself. As Woolf, the most fervent of readers, wrote, a book “splits us into two parts as we read,” for “the state of reading consists in the complete elimination of the ego,” while promising “perpetual union” with another mind. Bibliotherapy is a very broad term for the ancient practice of encouraging reading for therapeutic effect. The first use of the term is usually dated to a jaunty 1916 article in The Atlantic Monthly, “A Literary Clinic.” In it, the author describes stumbling upon a “bibliopathic institute” run by an acquaintance, Bagster, in the basement of his church, from where he dispenses reading recommendations with healing value. “Bibliotherapy is…a new science,” Bagster explains. “A book may be a stimulant or a sedative or an irritant or a soporific. The point is that it must do something to you, and you ought to know what it is. A book may be of the nature of a soothing syrup or it may be of the nature of a mustard plaster.” To a middle-aged client with “opinions partially ossified,” Bagster gives the following prescription: “You must read more novels. Not pleasant stories that make you forget yourself. They must be searching, drastic, stinging, relentless novels.” (George Bernard Shaw is at the top of the list.) Bagster is finally called away to deal with a patient who has “taken an overdose of war literature,” leaving the author to think about the books that “put new life into us and then set the life pulse strong but slow"... For all avid readers who have been self-medicating with great books their entire lives, it comes as no surprise that reading books can be good for your mental health and your relationships with others, but exactly why and how is now becoming clearer, thanks to new research on reading’s effects on the brain. Since the discovery, in the mid-nineties, of “mirror neurons”—neurons that fire in our brains both when we perform an action ourselves and when we see an action performed by someone else—the neuroscience of empathy has become clearer. A 2011 study published in the Annual Review of Psychology, based on analysis of fMRI brain scans of participants, showed that, when people read about an experience, they display stimulation within the same neurological regions as when they go through that experience themselves. We draw on the same brain networks when we’re reading stories and when we’re trying to guess at another person’s feelings."