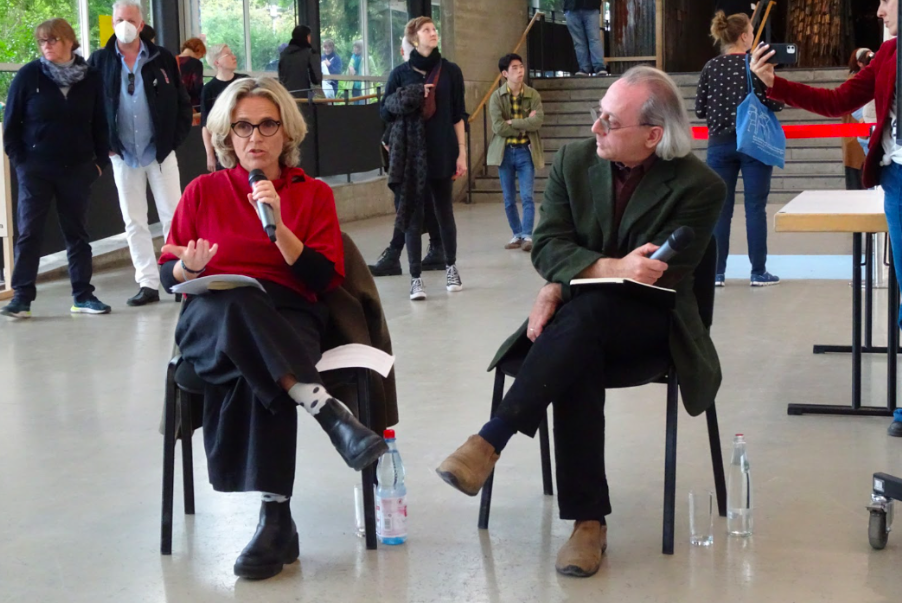 Pigeons are all around me in the Kassel Hauptbahnhof as I begin my journey back to Bard from the final week of Documenta 15, "the world's most prestigious art exhibition." This was the 15th Documenta, and the most controversial. It was marred by charges of antisemitism which were returned with accusations of racism; above all, there was the recurring claim that this Documenta was simply irrelevant.

I am not an artist and had never been to a Documenta. Over the past months as criticisms and counter charges raged in the mainstream German press and even in the United States, I had followed the controversy from afar for over 100 days—each Documenta arts festival runs for 100 days every five years. I was particularly interested because I would be participating in Documenta 15 as part of the final installation by the Cuban artist Tania Bruguera and her Instituto de Artivismo Hannah Arendt (INSTAR).

I first met Bruguera after she organized an uninterrupted reading of Hannah Arendt's The Origins of Totalitarianism in front of her house in central Havana. In response, the authoritarian Cuban government ordered construction workers to operate jackhammers around Bruguera's house to drown out the reading of Arendt's inquiry into the elemental origins of modern totalitarian government. Bruguera's political engagement with Arendt and performative art led her to found The Institute for Artivismo Hannah Arendt in Cuba. The following year Bruguera joined me for six weeks at the Arendt Center at Bard College, where she and I co-taught a course on Arendt, art, and activism.

As one of the featured artists at Documenta 15, Bruguera planned to dedicate her final exhibit to thinking about the power of Hannah Arendt's thinking in art and politics. The exhibit would recreate her original impulse for INSTAR. Visitors would receive a page of Arendt's Eichmann in Jerusalem and be asked to read it aloud while jackhammers were operated in the background.

Bruguera and I decided that to accompany her installation, the Arendt Center would organize a series of conversations with scholars and artists and activists. Our intent, very much in line with INSTAR's mission, was to bring Arendt's thinking to a wider public. In addition, I wanted to understand and make sense of the charges of antisemitism and the worries that Documenta 15 had failed.

Last week I organized three discussions at the Documenta Hall at Documenta 15. They were pop-lectures amidst the art festival, and people came in and out. They are all available now to watch at the INSTAR Youtube page. I’ll write more about Documenta 15 soon.  For now, here are the talks:

I spoke with the Italian Arendt Scholar Olivia Guaraldo about Hannah Arendt, Freedom, and Art.

I hosted a discussion on Antisemitism, Evil, and the Banality of Evil with Thomas Meyer (editor of the new German edition of Arendt's Eichmann In Jerusalem and author of an exciting new biography of Hannah Arendt that will appear in English in 2023) alongside
the Berlin-based artists Renata Stih and Frieder Schnock.