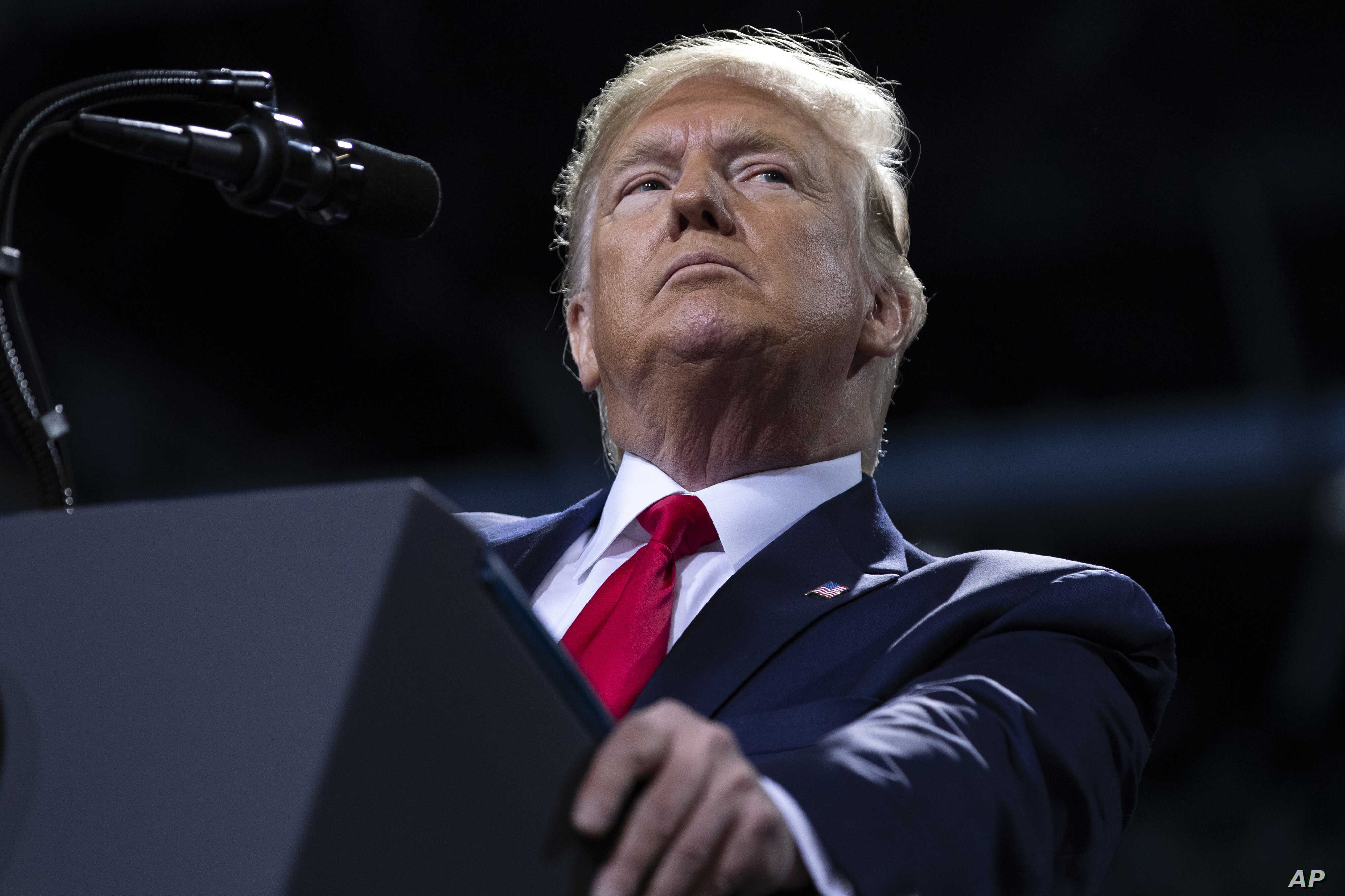 Hold on To  the Common World

As part of his attempt to divert attention from his failures to address the Corona virus pandemic, President Trump has now fired four Inspectors General in the past six weeks. He fired Michael Atkinson, the Inspector General for the intelligence community in the wake of the whistleblower complaint that led to his impeachment. He fired Glenn Fine, the acting Inspector General for the Department of Defense who was the head of the Pandemic Response Accountability Committee. Next he fired Christi Grimm who was the Inspector General for Health and Human Services after Grimm published a report critical of the President's response to the pandemic. And most recently President Trump fired the State Department Inspector General Steve Linick, at the request of Secretary of State Mike Pompeo—Linick had apparently been investigating Pompeo for misuse of taxpayer funds. These firings are important. They represent the elimination and intimidation of those charged with overseeing the representatives elected to power in our democracy. The inspectors general are those who can expose the lies and corruption that foment cynicism that threatens the common world.

The firings are being read by many in the press in relation to the Justice Department’s recent decision to drop charges against Michael Flynn. Flynn is a former official in President Obama’s National Security Council and President Trump’s former National Security Advisor. He pleaded guilty to lying to the FBI about two conversations he had with Russian Ambassador Sergey Kislyak while Flynn served as a Trump transition team official. Last week the Justice Department decided to drop the charges against Flynn, over the objection of the original special counsel prosecutors. Over 200 former Justice Department attorneys have signed letters of protest.

Many people I respect insist that the decision to drop charges against Flynn is unprecedented and dangerous.  There is no doubt that the friendship between the President and Michael Flynn along with the politicized nature of the President’s involvement with Attorney General Barr raise red flags about improper interference in an independent judiciary. As Jessica Roth writes,

To begin, there are concrete reasons for concern about improper political influence. Flynn was a close associate of the current President of the United States, who has repeatedly weighed in on the case, both publicly and privately with the Department of Justice. Many of the President’s other closest political associates were subjects of related aspects of the investigation, which involved Russian interference in the 2016 election and allegations of coordination between Russian agents and the Trump campaign. For these reasons, the President’s first Attorney General, Jeff Sessions, who was himself a potential subject of the investigation, recused himself from overseeing the matter and the Department of Justice ultimately appointed a special counsel, Robert Mueller, to oversee it. Mueller’s team brought the false statements charge against Flynn that Sessions’ replacement, William Barr, now seeks to dismiss.

Although incoming prosecutors do sometimes revisit the charging decisions of their predecessors, what makes this case so unusual is that Barr is overriding the charging decision of a special counsel, appointed expressly to assuage concerns about political influence. The larger context of Barr’s reversal of decisions reached by the Special Counsel’s team – for example in the sentencing recommendation for Roger Stone – exacerbates this concern. That none of the members of the Special Counsel’s team signed the motion to dismiss – nor indeed any non-political appointee – also should set off warning bells. As if that were not enough, the last member of the Special Counsel’s team who was still working on the Flynn case withdrew from it just before the motion to dismiss was filed. Prosecutors do not withdraw from cases or refuse to sign memoranda simply because they disagree with the wisdom of a particular decision their superiors have reached.

As worrisome the decision to drop the charges against Flynn may be, Matt Taibbi argues, the decision to drop the charges against Flynn might actually be defensible given the absurdity of those charges in the first place. In Taibbi's account, some of those condemning the Trump administration for dropping the charges are caught up in a massive denial of reality that goes back to the desire to find some wrongdoing that would justify impeachment. For Taibbi—and also Glenn Greenwald—the outrage over the Justice Department's decision to drop charges against Michael Flynn is another example of the media engaging in its own kind of defactualized hysteria. It is also, Taibbi argues, a measure of just how willing elites in the media and law are to elevate trust in the FBI over the defense of civil rights. Taibbi writes:

Whatever one’s opinion of Flynn, his relations with Turkey, his “Lock her up!” chants, his haircut, or anything, this case was never about much. There’s no longer pretense that prosecution would lead to the unspooling of a massive Trump-Russia conspiracy, as pundits once breathlessly expected. In fact, news that Flynn was cooperating with special counsel Robert Mueller inspired many of the “Is this the beginning of the end for Trump?” stories that will someday fill whole chapters of Journalism Fucks Up 101 textbooks.

The acts at issue are calls Flynn made to Russian Ambassador Sergei Kislyak on December 29th, 2016 in which he told the Russians not to overreact to sanctions. That’s it. The investigation was about to be dropped, but someone got the idea of using electronic surveillance of the Kislyak calls to leverage a case into existence.

In a secrets-laundering maneuver straight out of the Dick Cheney playbook, some bright person first illegally leaked classified details to David Ignatius at the Washington Post, then agents rushed to interview Flynn about the “news.” “The record of his conversation with Ambassador Kislyak had become widely known in the press,” is how Deputy FBI chief Andrew McCabe put it, euphemistically. “We wanted to sit down with General Flynn and understand, kind of, what his thoughts on that conversation were.”

A Laurel-and-Hardy team of agents conducted the interview, then took three weeks to write and re-write multiple versions of the interview notes used as evidence (because why record it?). They were supervised by a counterintelligence chief who then memorialized on paper his uncertainty over whether the FBI was trying to “get him to lie” or “get him fired,” worrying that they’d be accused of “playing games.” After another leak to the Washington Post in early February, 2017, Flynn actually was fired, and later pleaded guilty to lying about sanctions in the Kislyak call, the transcript of which was of course never released to either the defense or the public.

Warrantless surveillance, multiple illegal leaks of classified information, a false statements charge constructed on the razor’s edge of Miranda, and the use of never-produced, secret counterintelligence evidence in a domestic criminal proceeding – this is the “rule of law” we’re being asked to cheer.

Russiagate cases were often two-level offenses: factually bogus or exaggerated, but also indicative of authoritarian practices. Democrats and Democrat-friendly pundits in the last four years have been consistently unable to register objections on either front.

Flynn’s case fit the pattern. We were told his plea was just the “tip of the iceberg” that would “take the trail of Russian collusion” to the “center of the plot,” i.e. Trump. It turned out he had no deeper story to tell. In fact, none of the people prosecutors tossed in jail to get at the Russian “plot” – some little more than bystanders – had anything to share.

The support for the FBI and the anger over the dropping of the charges against Flynn is comprehensible amidst a general anxiety about the threat President Trump poses to the rule of law and our constitutional system of government. The worry is real. Yes, it is true that no one thing the President has done threatens our constitutional self-government. And yes, worse has been done by past presidents. Yet there is always a temptation to rationalize what is happening in politics, to say: this has all happened before. There is a voice in each one of us, or at least there should be, wheedling us with common sense, telling us that Trump is simply another instantiation of American populism. That voice is likely correct. But we should be wary of such voices, Arendt warns, for “the road to totalitarian domination leads through many intermediate stages for which we can find numerous analogies and precedents.”

What we must remember, however, is that the greatest threat the President poses is to a shared reality based on facts. As the leader of a movement, the President has shown a willingness to assert his personal control over reality. Because the real world confronts us with challenges and obstructions, reality is uncertain, messy, and unsettling. Reality is complex. Movements simplify that world and employ simple solutions to intransigent problems. The economy is not creating good jobs? Keep out immigrants. A pandemic is sweeping across the land? keep out immigrants and blame the scientists. Movements thrive on the destruction of reality and to do so they must grow constantly to prevent their adherents from having the time to stop and think about the absurd lies movements thrive on. Amid economic dislocation and the loss of stable identities, movements, as Hannah Arendt writes, “conjure up a lying world of consistency which is more adequate to the needs of the human mind than reality itself.”

If the true danger that President Trump poses is to a reality-based world, it is absolutely essential that those engaged in preserving our shared world respond with a respect for facts and a common reality. One aspect of that real world we share is the rule of law. The independent judiciary and the demand that our leaders be subject to law is at the very core of our limited government. And part of that is a healthy skepticism of heavy-handed tactics by the FBI spurred on by more general worries that proved to be unfounded.