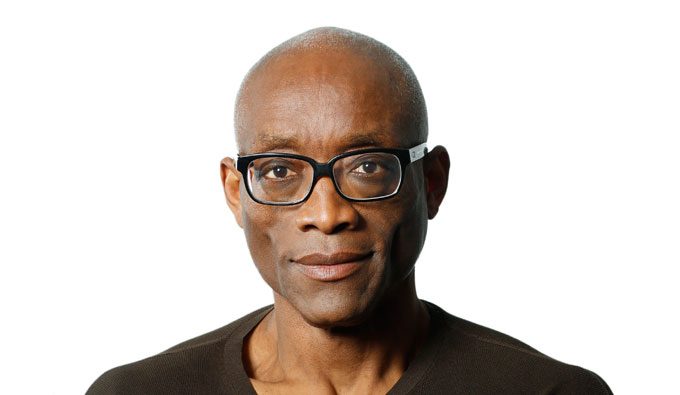 “I’m With the Young On This”

In a passionate, honest, and brilliant interview with Bill Moyers, Bill T. Jones is asked if he is more politically inclined now than previously in his life.  Jones invokes Hannah Arendt to affirm the necessary confluence of politics, intellectual honesty, and spiritualism.

I think I’m more interested in how the political and the spiritual, if there is such a thing, come together. I’ve become a big fan of Hannah Arendt a real thinker about totalitarianism, a real thinker about group think, and a thinker about thinking. I trust her to be with me in those moments of intellectual, spiritual confusion because she is so clear in her intellectual pursuit of ideas. MEN IN DARK TIMES, THE HUMAN CONDITION. Speech. As you know, this is a big issue right now. What are we allowed to talk freely about? And should some things just not be said? And there used to be a time I used to say it was everything should be said. But now I’m cautious. I’m thinking a lot about that right now. Of course, I’m really angry at the present administration. I’m outraged by it. And it makes me, well, that’s why we have the “Vote” on the front of the building right now.

Jones gets right to the point: Arendt is “so clear in her intellectual pursuit of ideas.” She thinks ferociously and follows trains of thought with courage and passion. This leads her to see things in her own original way and, at times, to say things that others don’t—or won’t. One of the reasons Arendt is such a defender of the fundamental embrace of free speech is because she believes so fully in the importance of speaking one’s own new and original truths. And, also, because she values hearing new and surprising thoughts from others.

The right to speak one’s truth, however, does not mean that one must always speak. The question of what should be said, and when one should remain silent, is a question of judgment. And it is a question Arendt raises in her own famous interview with Günther Gaus.

Arendt and Gaus are both chain smoking through the interview in which they talk about the Holocaust, philosophy, feminism, Jewishness, exile, and of course her book on Adolf Eichmann. Against Arendt, it had been argued that she should not have published in her book an account of those Jews who cooperated with Nazis.  Gaus asks Arendt whether all truths should be spoken in public. Such a question, Arendt suggests, is a question of "what is legitimate" and what is "still open to discussion." When someone asked her whether, If she had anticipated the outcry over her book, she would have written the book differently, she says,  "I answered: No. I would have confronted the alternative: to write or not to write. Because one can also hold one's tongue." Silence is always an option. But once one decides to write, Arendt continues, one has to say the truth, especially those "truths of fact."

This question of whether to speak unpopular opinions is of course a present question. Bill T. Jones, who signed the Open Letter in Harpers on vigorous and open debate, is asking the exact right question: Not whether we have a right to speak what we think, but when we should speak and when we should be silent and listen.

Well, I think too that we don’t become too comfortable in our certainties. We have to question everything. And I mean that. I know there’s a lot of people out there who are white supremacists, who have guns, who do not love me, but I am not assuming that they’re organized enough to on one day try to destroy us all. So, the only thing fair minded people can say right now, and I’m speaking to a journalist, is question everything. Left, right, and center. Now, what does that make you? A very nervous and unhappy individual. Or is it the way that we as thinking people have to really proceed right now? Question everything and keep your heart open. Ah! Now that’s a formula, isn’t it? Is it possible to question everything and keep your heart open? I’m trying.

In an extraordinary exchange, Moyers asks Jones whether the latter concedes that race can just disappear. Moyers has in mind certain circumstances, as when a white man viewing a black dancer sees simply the sublimity of the dance, or when two friends, one black and one white, are simply that: friends. Jones responds, first, that out of friendship, he will not challenge Moyers. But Moyers retorts “You don’t really respect me if you can’t challenge me.”  Jones answers:

Oh, okay, well, I challenge you. I say that attitude then is the noose around the neck of certain of us Black folks who have been able to cross over. I notice it in the gay culture as well, this notion that I was oftentimes used as a charismatic decoy. So, you put him out there, he’s a bona fide Black man, he’s whatever, he’s a gay man. We don’t have to change because, look, we’re with him. We don’t have to examine anything because look, if we can have such an out in-your-face kind of a Black friend, then obviously we can’t be racist. And if we can say he’s so beautiful, he’s so genius, even if he is Black, then we don’t have to deal with the fact that he’s Black, and that a lot of his experience you cannot see, ’cause he doesn’t dare show it to you, and you don’t know to go look for it. This has been my experience as a performer. We used to joke and say it’s very important for a man of my description to know when you should take your shirt off in a performance, you know? When do you take the shirt off and you flash those pearlies, you know? And you move in that way that everybody can feel moved, and good about it. Maybe they want to have sex with you, all of that. But it’s just because you are a great artist. There’s a lot– it’s a contract. I’m being really tough with you, Bill, right now because we’re in a new day right now. And I’m surrounded by young Black and brown people who are not accepting things that I accepted. They want to succeed but they don’t want to be quote “respectable” in the way that I was expected to be respectable. I stand by that quote. And it sounds like a beautiful thing a man said, but does it allow for the volcano, the rage? Does it allow for the pain? You know, there’s more of my life behind me than ahead. What’s my legacy? What’s the epitaph?

One of the most challenging and most revolutionary claims of the recent Civil Rights movement in the wake of the police murder of George Floyd is that we must give up our ideal of color blindness. This argument has of course been around for decades. It is reminiscent of Arendt’s similar argument in her essay on Gottfried Lessing in Men In Dark Times, that in a world of antisemitism, there is no friendship possible between a Jew and gentile that does not fully confront the fact of worldly antisemitism.

If the world is as constituted by racism as so many now say, such friendships and such respectability come to be suspect. Jones is questioning his own past acceptance of the world. Jones talks openly about the compromises he has made with the world he was born into.

His board of directors is mostly white people. He has succeeded by working with white people. He has had three loving white husbands. He is telling his young company that to make it in the non-profit world of the arts, one needs to work with white people. And yet he has the open heartedness to listen to his dancers who say: “Yes, but you’re playing into the white supremacist power structure.” And so Jones wonders: In this “new day,” is it time to demand that black people can succeed without being respectable? Is it time to demand to be accepted in society without becoming acceptable by the standards set by society?

Jones’ answer is “Yes.” He ends his interview with a confession and a hope. The confession is that when he first saw the tape of the murder of George Floyd, he was horrified, but did not think much would change. But his hope comes from the fact that the young people who took charge of this new Civil Rights movement were not deterred. They believed that things could and must change. And they are, Jones argues, trying to make a revolution. And on this question, he is clear, even though it is a revolution that at times is personally terrifying for him as a successful person,  he stands with the young people.

Well, it took me awhile to– at the time that it was happening– is that true?  And I see it on the news, and I thought, “Oh, another one? How many have we seen?” I mean, do I need to go down the list? Have you seen the one of the young boy running away and the policeman shooting him in the back? Was that not enough? I had to close my eyes in order to open my eyes, and see through other people. I didn’t think that all of this protesting was going to be anything more than another paroxysm of guilt. As I told my young dancers, and I think they were shocked, I said, “Do you know that tune, that disco tune, “Burn, baby, burn, disco inferno?” I said, “Do you know what Burn, baby, burn had been? That had been when Newark was in flames, and then it was a disco song” shortly–I said, “This is a cynical culture.” Yeah, I said, “It’s a cynical culture. It’ll come to nothing.” And they said, “No, this is different.” Now I do believe, Bill Moyers, that we are in a revolutionary moment. I don’t know where it is going, but this is different.  I own property now. I’m a middle-class man. I don’t want anarchy. But you know, it doesn’t matter what I want. Something is changing profoundly, and it frightens me. But I’m with the young on this. I’m with the young.  And I’m still here.

The faith Jones has in young people is one that is deeply reminiscent of Hannah Arendt’s belief that it is the right of youth everywhere to revolutionize the world. Adults and teachers should seek to teach the young about the world. They may and should teach the young to respect the world, not to hate it. But they must at some point stand aside and let the young take responsibility for the world they have inherited and in which they will have to make a home.

You should, if you can, not simply read Jones’ interview with Bill Moyers, but listen to it.