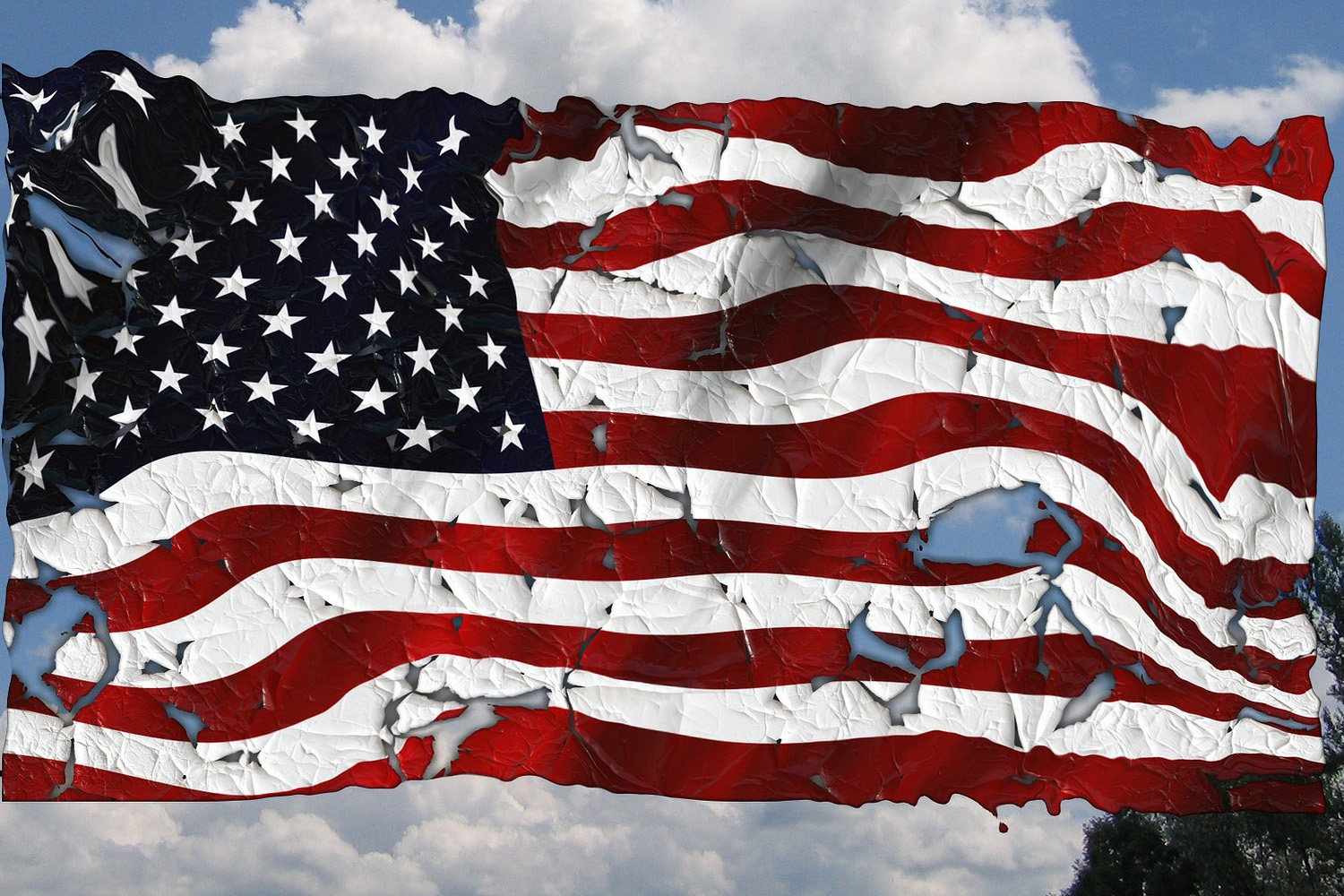 Image by Gerd Altmann from Pixabay

Is a Civil War Coming?

Elliot Ackerman asks if the polarization in the United States presages a new Civil War.

A recent poll conducted by Ipsos showed that only 12 percent of Americans consider the country “unified” and concluded that “political party identification has become the chief dividing line in this new American ethos.” Meanwhile, Ray McClendon, the chair of the Atlanta NAACP’s political action committee and a veteran community activist, told me, “The electorate is changing. We have allowed a minority to build an impenetrable wall to protect their power. The more that a minority can be in power by making sure they redistrict in a way to keep power, the more frustrated the majority becomes when they don’t see the fruits of their labor. It drives us toward tribalism. And then we don’t have the ability to compromise.”

Although today’s geographic divisions are not quite as stark as the divisions between free and slave states in the nineteenth century, geography matters less in our atomized and hyperconnected society. This year we’ve seen how activists, and even insurrectionists, are able to organize and surge anywhere from coast to coast. The storming of the Capitol will likely prove the high-water mark of Trump’s demagoguery, but it seems unlikely to spell the end of a sensational, bare-knuckle politics that has captured the American psyche. Incoming Republicans in Congress included Marjorie Taylor Greene of Georgia, who basked in the attention she got for promoting QAnon delusions. In his inaugural address, Biden pleaded for “unity” as hard-line Republicans scoffed; the same day, black-clad protesters smashed a Democratic Party office in Oregon, carrying a banner that read we don’t want biden—we want revenge!Such groups remain a minority, but they reflect a fog of bitterness that grew thick under Trump. While Republicans organize for electoral gains in 2022, Democratic officeholders may have limited patience for Biden’s glad-handing moderation. Many are calling for the abolition of the Electoral College and the Senate filibuster. In Biden’s first week in office, the leader of the Congressional Progressive Caucus warned him about pursuing “compromise for compromise’s sake.”

If the Trump Administration proved one thing, it’s that laws don’t enforce themselves. Our political system is sustained by a constant succession of individual choices. As partisan identity begins to outweigh civic identity, Republican leaders might determine that it’s good politics to openly defy the implementation of Biden’s agenda, much as sheriffs in some counties have refused to enforce mask mandates. Would Democratic leaders follow suit? Would they defy rulings passed down by a conservative Supreme Court? And while a full reprise of the Civil War is unlikely, it’s easy to imagine more militia-style plots like the attempted kidnapping last year of the Michigan governor, encouraged by rhetoric that casts opponents as illegitimate and even inhuman, or the establishment of more autonomous zones like the one in Seattle last summer, which also featured gun-toting radicals.
“To heal,” McClendon told me, “it’s going to take people talking to each other to get things done. The only way that’s going to happen is when both sides see they have something to lose.” But what if that doesn’t happen? I asked.