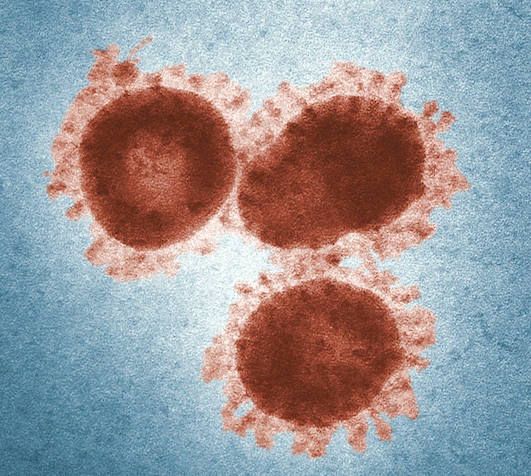 Is Antisemitism a Virus?

Roger Berkowitz
David Marchese interviews Tom Stoppard about the rising virus of antisemitism. Stoppard’s latest masterful play Leopoldstadt (which is running through March on Broadway) is an extraordinary drama about a Viennese Jewish family that gradually succumbs to the rising antisemitism and eventually Nazi violence of the 1930s and 1940s. Stoppard says that the play sounds differently now than when he wrote it a few years ago because of the sudden rise of a more public antisemitism. When Marchese asks what he thinks about the rising antisemitism in the country, Stoppard answers that antisemitism is a virus, one infects people throughout the world and sporadically pops up at times.

I don’t profess to know anything that anybody else might not know, but my own feeling is that marginal social attitudes never go away. They’re something like a latent virus that becomes activated under certain conditions. For my money, which is the mot juste in this sentence, it has a lot to do with the polarity in the economics in America and Britain — the inequality. When the economics that are supposed to bind us together become so divisive, anger breaks through. This virus wakes up, and it’s a displacement of the anger that is always lying underneath. As I listen to myself talking like a pundit, I don’t actually know if any of that is true. It’s just an intuition I have. It’s as if at the bottom of the mythic melting pot, which your nation wants to be, there’s a deposit of sediment that isn’t buying into the idea of being in the pot. It stays silent and mostly invisible until you poke it with a stick and suddenly, as you say, here we are. The last thing: My friend David Baddiel wrote a book called “Jews Don’t Count” … Then as you know its point is that antisemitism is not being properly acknowledged, and that Jews are not being properly acknowledged as being one of the many oppressed minorities. Jews don’t seem to count, David Baddiel objects. He’s a friend of mine, and I have arguments with him about various things. He didn’t need me to point out that one doesn’t think of Jews as being an oppressed minority because, paradoxically, the objection is that they’re altogether too successful. When I was writing the play, there was a kind of local disturbance concerning antisemitism in the British Labour Party, and it didn’t seem to be an overriding problem, and I kind of ignored it. It seemed to be not widespread. I’m not sure whether that would apply anymore.

This virus-based theory of antisemitism is reminiscent of theories of eternal antisemitism that Hannah Arendt found to be exculpatory–If it is a virus lurking in society, then those infected are not really at fault. And if it is an ineradicable virus, there is nothing we can do about it. That was one principal Zionist argument for the foundation of a Jewish state—that there was no opposing or eradicating antisemitism so Jews should leave and found their own state. For Arendt, the claim that antisemitism is eternal and a virus that can’t be gotten rid of is an abdication of a political response, the demand that we call out and end antisemitism. As antisemitism goes mainstream—and as the former President and now leader in polls for the 2024 Repbulican nomination—again legitimates antisemites like Kanye West and Nick Fuentes, there is a need for a political response to antisemitism.

What is needed is a political resistance–that begins with condemnations from political leaders (something that is still not happening). But mere condemnation will not undo prejudice. Political resistance requires that we engage with those antisemites and racists, understand the original feelings and insights that gird their prejudices, and do the hard work of seeking to show them that their prejudices are wrong. “If we neglect to return to these judgments in the past,” she writes, “whole battalions of enlightened orators and entire libraries of brochures will achieve nothing. As is made eminently clear by the truly endless and endlessly fruitless efforts to deal with issues burdened with ancient prejudices, such as the problem of Jews, or of blacks in the USA.” That is what Arendt means when she writes that the essence of politics is the fight to undo prejudices–which is not the same as getting rid of prejudice itself. Our task of politics is to complicate and question our unthought prejudices, which requires that we think and challenge ourselves. And this questioning of ourselves amidst a world of prejudice is very much what Arendt calls thinking.