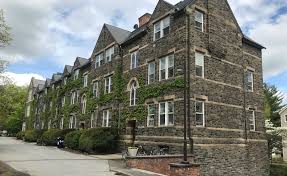 Is There a Crisis of Academic Freedom?

Eric Kauffmann, who spoke at the Arendt Center’s last conference, has published a study on “Partisanship and Ideology” in the academy. In an op-ed summarizing his study, Kauffmann argues that while academics frequently brush aside worries about partisanship and disciplining of faculty for their opinions, “Academic freedom is in crisis on American campuses.” He writes:

My new report for the Center for the Study of Partisanship and Ideology gives the lie to these claims. Based on eight comprehensive surveys of academic and graduate-student opinion across the U.S., Canada and Britain, it buttresses the findings of numerous studies to provide hard data on the absence of viewpoint diversity and presence of discrimination against conservative and gender-critical scholars. High-profile activist excesses are mere symptoms of a much wider problem of progressive authoritarianism. Roughly 1 in 3 conservative academics and graduate students has been disciplined or threatened with disciplinary action. A progressive monoculture empowers radical activist staff and students to violate the freedom of political minorities like conservatives or “gender-critical” feminists, who believe in the biological basis of womanhood—all in the name of emotional safety or social justice.

Political discrimination is pervasive: 4 in 10 American academics indicated in a survey this summer that they would not hire a known Trump supporter for a job. In Canada, the share is 45%, while in Britain, 1 in 3 academics wouldn’t hire a Brexit supporter. Between one-fifth and half of academics and graduate students are willing to discriminate against right-leaning grant applications, journal submissions and promotion cases. On a four-person panel, this virtually guarantees that a conservative will face discrimination.