“And even if Jews were to win the war...[t]he ‘victorious’ Jews would live surrounded by an entirely hostile Arab population, secluded inside ever-threatened borders, absorbed with physical self-defense to a degree that would submerge all other interests and activities.” Hannah Arendt, The Jewish Writings, eds. Jerome Kohn and Ron Feldman, New York: Schocken Books, 2007, p.396

This week, President Mahmoud Abbas plans to take his case for a Palestinian state to the United Nations Security Council.  It is a move that both Israel and the United States oppose. Whether a Palestinian state will improve or exacerbate the current situation is debatable. But the demand for statehood brings to mind Arendt’s 1948 essay, “To Save the Jewish Homeland.” 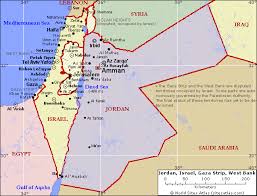 Six months after the partition of Palestine by the U.N. in 1947, following a civil war that had broken out between Arabs and Jews, David Ben-Gurion declared the state of Israel had been created, sending a letter from the Jewish Agency proclaiming Israel “as an independent republic within frontiers approved by the General Assembly of the United Nations in its Resolution of November 29, 1947.” The result of this announcement of the creation of a state in May 1948, recognized by President Harry Truman, was further mobilization of Arab forces and invasion of Palestine.

As the war continued, with no clear outcome in sight, Hannah Arendt’s fears that another catastrophe might befall the Jewish people increased. She expressed these fears in a plaintive and prescient essay:

And even if Jews were to win the war...[t]he ‘victorious’ Jews would live surrounded by an entirely hostile Arab population, secluded inside ever-threatened borders, absorbed with physical self-defense to a degree that would submerge all other interests and activities. The growth of a Jewish culture would cease to be the concern of the whole people; social experiments would have to be discarded as impractical luxuries; political thought would center around military strategy; economic development would be determined exclusively by the needs of war.

Arendt urged finding a new way to think about the creation of a Jewish homeland, one not be based on the same principles of ethnic nationalism she critiqued in writing that would become a central part of her argument in The Origins of Totalitarianism. She made a passionate appeal for Jewish-Arab cooperation. The goal of having a Jewish homeland in Palestine, “must never be sacrificed to the pseudo-sovereignty of a Jewish state.” She envisioned “local self-government and mixed Jewish-Arab municipal and rural councils...It is still not too late.”

It may, indeed, be too late now to return to the plea she made for a federated republic in the region. But her prescient warning in 1948 about the centering of Israeli politics on questions of military security should serve as a reminder of the dire consequences of what continues to be a missed opportunity, not only in relation to Middle East politics, but in all parts of the globe where nations define themselves in fearful opposition to others.