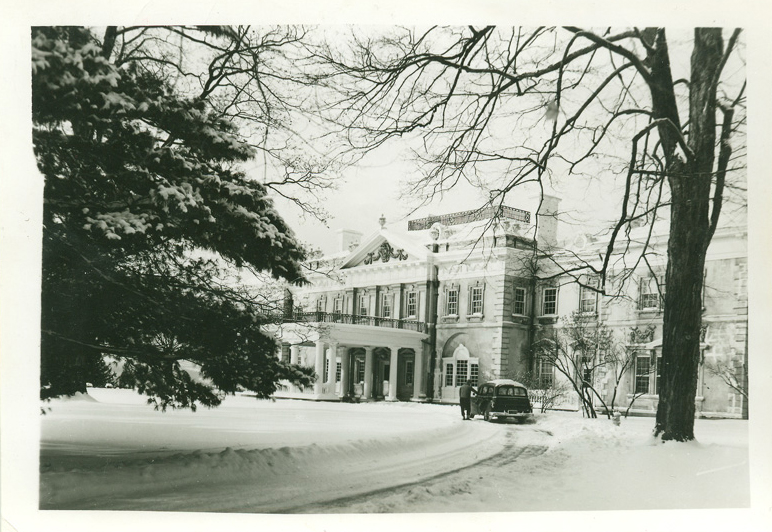 As World War II came to an end, the German philosopher Karl Jaspers republished a revised edition of his 1923 book The Idea of the University. Jaspers saw universities as essential to the maintenance of a vibrant democracy. He was worried that the universities in Germany had become overly specialized and technical and that they had lost their true calling as institutions dedicated to communication and truth. As Maxim Botstein argues, Jaspers’ vision of the ideal university has largely been overlooked, with one exception. Heinrich Blücher, the husband to Jaspers’ most famous student Hannah Arendt, sought to actualize Jaspers’ educational ideas through the development of what he called a “common course” that he developed and taught while teaching at Bard College. Botstein argues that that the Common Course is both an important educational experiment and a window into Jaspers’ own thinking.

As Bard President James Case explained it, the course was meant to be an impromptu and interdisciplinary series of lectures exploring "a whole series of questions dealing with major issues in man's varied activities and interests—that is, his political, economic and social aims, and the institutions he had devised to further those aims." The questions addressed in Blücher's lectureswere of a philosophical nature, in the sense of Jaspers' understanding of the role of philosophy in the classroom and the broader university. Jaspers articulated a belief that although philosophy could yield no objective truths or provide a concrete direction to research and scholarship, it was nevertheless indispensable to the other disciplines within the university because it furnished the motivation for research, as well as an understanding of the broader meaning and context of all forms of scientific activity (IU 25-6).

Jaspers believed, above all, that university education was not principally intended to impart factual information; this was the purpose of vocational schools. For him, the university offered a place of learning, free from the demands of pure utility in which an individual might find "fulfillment in truth" (IU 16).The university itself arose essentially from the human desire for truth, and as such, it was opposed to all forms of philosophical, political, or religious dogmatism. Education was intended to be, in Jaspers' terms, Socratic rather than Scholastic; students and teachers met as equal seekers of truth. Jaspers emphasized that total freedom of study, without regard for grades or course requirements, was the sole want needed for helping students understand the unity of the sciences and prevent the university from becoming "an intellectual department store" (IU 88). Nevertheless, despite its separation from instrumental concerns—and, in a sense, because of this—the university plays an important social function; it taught one to pose questions and introduced the methods by which answers could besought. As Jaspers puts it, the university "prepares each individual to be a member of society" (IU 33).