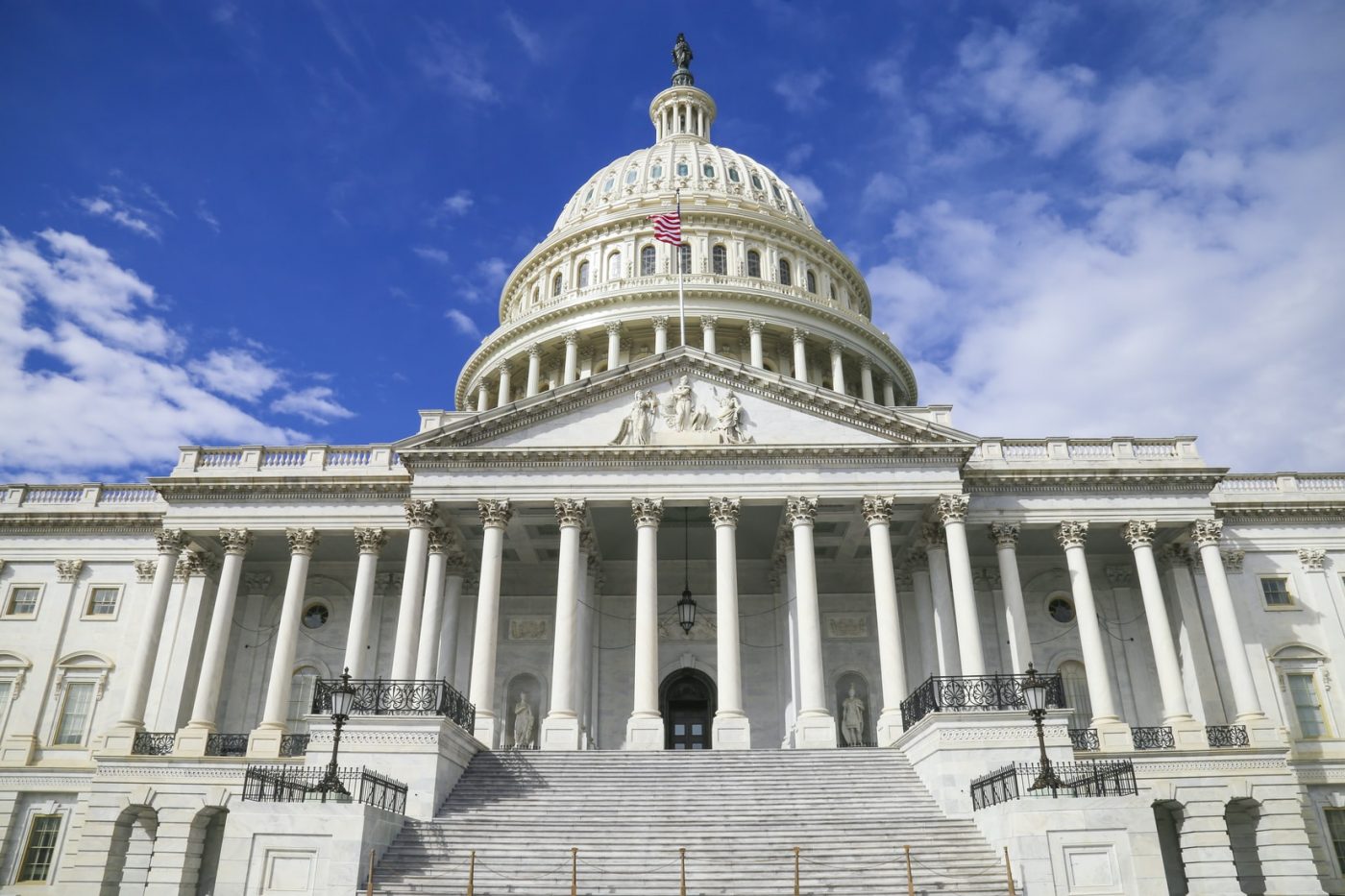 Harpers Magazine published a letter on the importance of vigorous debate and dissent signed by 153 writers, artists, and academics. Many of the signees, including myself, have spoken at or participated in Hannah Arendt Center conferences or events. These participants include: Bill T. Jones, Thomas Chatterton Williams, Zephyr Teachout, John McWhorter, Uday Mehta, Melvin Rogers, Allison Stanger, Ian Buruma, George Packer, Yascha Mounk, Drucilla Cornell, David Bromwich, Jonathan Haidt, Todd Gitlin, Laura Kipnis, Susie Linfield, Nadine Strossen, and Judith Shulevitz. I am grateful for each of these past speakers who come from wildly different backgrounds and viewpoints and I am honored to sign the letter with them.

The weakness of a group letter—and I have never signed one before and hope not to have to sign one again—is that it never fully captures one’s own views. It is by necessity a compromise. And I feel strongly that in a group letter, no person should be attacked. That is one reason why the letter took a positive and quite abstract approach.

Each of us has our own reasons for signing the letter. One person who signed told me that the reason she decided to sign—after much hesitation—is that she realized she was afraid to sign and she did not like the idea of giving into that feeling of fear. That struck me as deeply honest.

I signed in part because I see the growing attraction of illiberalism in both the rise of right-wing populism and left-wing dogmatism. These two very different movements share a profound distaste for freedom, dissent, and experimentation. They both claim a self-certainty and epistemological smugness that hardens into moral purity tests, which they wield to exclude and punish not bad ideas but immoral people. It is not an accident that the vast majority of criticism about the open Letter concerns the people who signed it and not the content of the letter itself. I take it to be a strength of the letter that I strongly disagree with many of those who signed it. Critics of vigorous open dialogue do not understand what Hannah Arendt meant when she wrote that politics and culture are about opinions not about rational truths. Yes, we should struggle and fight for our beliefs. But a pluralistic society demands that we listen to and seek to persuade those we disagree with.

I also signed because I have experienced what happens when I along with the Arendt Center and Bard College have been attacked by hundreds of academics demanding we apologize for inviting speakers to academic events. The impact on me is not that my job was threatened; luckily it was not. Nor do I care greatly about criticism aimed at me personally. Rather, the impact of such demands for intellectual purity is that in the interest of protecting the institutions I am employed by, I am made to think twice and three times before inviting speakers who have views considered unpalatable by a vocal minority in my community. The demand for conformity leads not only to self-censorship, but also to the diminishment of the intellectual and political engagement that is at the core of what the Hannah Arendt Center and a liberal arts education is about.

Many have thanked me for signing the letter. But the letter has also been widely criticized. One common criticism is that the signers are powerful and should not be whining about limitations on their ability to write. Hamilton Nolan represents this critique when he writes of the Letter: “Its very existence is a devastating counterargument to its central point. Would it be rude to point out to these esteemed thinkers that the fact that they were considered prestigious enough to be invited to sign this letter is proof that they are not, in fact, being silenced?”

What Nolan mistakes is that those of us signing the letter did not sign the letter simply to protect ourselves. It is true that most of us have reputations, platforms, and security. While being attacked in public by mobs calling for us to recant or to be fired is uncomfortable, we’ve all survived such attacks. I imagine I will have more such opportunities. I did not sign the letter to whine about that fact. I signed the letter to let others know—especially younger, more vulnerable, and less secure others—that I and the signers will not be silent if and when the mob comes for them.

To attack the letter because of who signed it rather than what it says is, sadly, to illustrate the very point the letter seeks to make: that too many seek to discredit dissent by attacking the speaker rather than engaging critically with the ideas.

What the Letter says—and this is a weakness of group letters—is actually quite anodyne. The Open Letter in Harpers begins:

Our cultural institutions are facing a moment of trial. Powerful protests for racial and social justice are leading to overdue demands for police reform, along with wider calls for greater equality and inclusion across our society, not least in higher education, journalism, philanthropy, and the arts. But this needed reckoning has also intensified a new set of moral attitudes and political commitments that tend to weaken our norms of open debate and toleration of differences in favor of ideological conformity. As we applaud the first development, we also raise our voices against the second. The forces of illiberalism are gaining strength throughout the world and have a powerful ally in Donald Trump, who represents a real threat to democracy. But resistance must not be allowed to harden into its own brand of dogma or coercion—which right-wing demagogues are already exploiting. The democratic inclusion we want can be achieved only if we speak out against the intolerant climate that has set in on all sides.

The Letter says that we should fight for justice and inclusion even as we avoid intellectual conformity and encourage open and vigorous debate. It says that illiberalism represented by Donald Trump and forces on the right is a threat to justice. And it says that illiberalism by those who claim to police public opinion is also a threat to justice. It says that we should speak out against intolerance and enforced piety on all sides. That such a statement is seen as profoundly controversial is unfortunately proof of its necessity.

The letter is not about “free speech” or “cancel culture” even if that is how many portray it. The phrases “free speech” and “cancel culture” do not appear in the letter. Few of the people signing the letter have had their free speech restricted—Salman Rushdie being one of the  meaningful exceptions. The Letter, as it says clearly, is about justice and freedom. The basic argument is that the path to justice is not through government repression or societal policing of language and ideas. The way to make the world more just is, at least in the realm of ideas, to make it more free and open to persuasion. As we write:

The restriction of debate, whether by a repressive government or an intolerant society, invariably hurts those who lack power and makes everyone less capable of democratic participation. The way to defeat bad ideas is by exposure, argument, and persuasion, not by trying to silence or wish them away. We refuse any false choice between justice and freedom, which cannot exist without each other. As writers we need a culture that leaves us room for experimentation, risk taking, and even mistakes.

The Letter is born from a worry about the stifling of new ideas and original voices as a result of fear, groupthink, and discrimination that leads to a politics of character assassination in lieu of argument. I see students, colleagues, and friends of all races, all classes, and all ideological opinions fearful of saying what they think for fear of being mobbed as evil villains on Twitter or Instagram. To speak about class today is, in certain circumstances, to invite the wrath of the mob who insists problems are based solely in race rather than class. To criticize Israel or to embrace Zionism leads not to disagreement but exclusion. And to worry about violence leads to those who do so being fired and shunned. Such censorious illiberalism diminishes the fight for justice.

“Intellectual cowardice,” as George Orwell once wrote, “is the worst enemy a writer or journalist has to face.” In every society, there is an orthodoxy and speaking against it is difficult. “Unpopular ideas can be silenced, and inconvenient facts kept dark, without the need for any official ban.” There is a constant struggle between orthodoxy and dissent. On both the right and the left today, the balance is tilting strongly toward orthodoxy and against dissent. The Letter seeks to say this plainly and steel people for the challenge of free-thinking and dissent. I signed the Letter because I thought I should have the courage to say publicly, with what power and security I have, that I support the right of those who dare to speak their minds.

If you want to read the smartest critique of the Open Letter, it is here by Tyler Cowen.