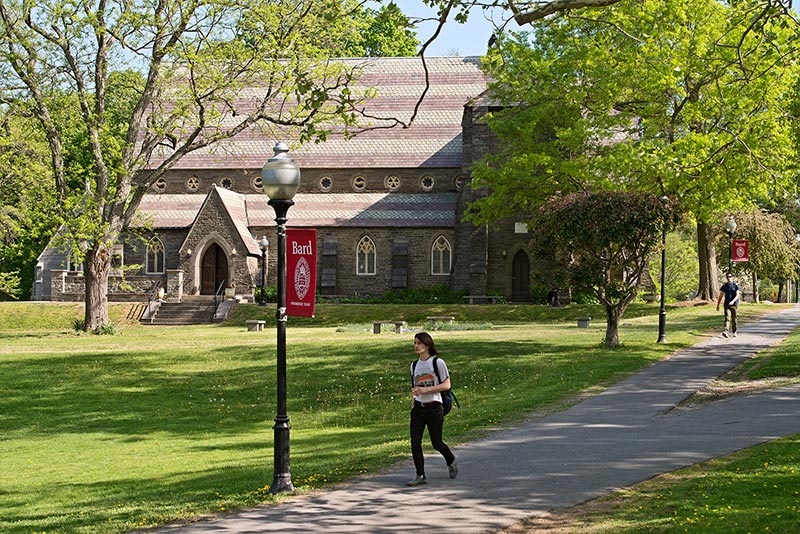 Too often the debates surrounding free speech and academic freedom devolve into predictable attacks. One side blames snowflake students. The other side blames right-wing agitators. What is forgotten is that students are developmentally rebellious.Strong leadership can inspire them to actually welcome controversial and oppositional speakers and ideas. At the Arendt Center, we have found that when given the opportunity, students relish the opportunity to hear and to confront ideas that are disturbing. They find it exciting and they are affirmed in their intellectualism and courage. So much of what is missing in today’s so-called crisis around free speech on campus is faculty and administrative leadership that motivates students to embrace the conflict around ideas as an exciting liberal and educational ideal.

Daniel Akst writes in the Wall Street Journal about how strong leadership has allowed Bard College to foster engaged debate amongst difficult and controversial questions, where other liberal arts campuses have failed. One reason is Bard’ President Leon Botstein. Botstein has consistently modeled the liberal intellectual ideal of engaging controversial ideas rather than silencing them. When the Arendt Center has been criticized for bringing controversial speakers (usually from those outside of Bard),  Botstein has vigorously defended and supported the Arendtian idea of hearing and engaging those with whom one disagrees. And when Ian Buruma was pushed out of his job as editor of the New York Review of Books because of his decision to include an essay by someone caught up in the “Me Too” movement, Botstein welcomed him back to Bard.

Akst suggests, rightly, that so many of the failures by liberal arts colleges to foster an atmosphere of intellectual engagement is a result of weak leadership. At Middlebury College and more recently at Harvard University, administrators have repeatedly undercut the basic principle that Botstein embraces: “Disagreement with judgment is not a disqualification. And freedom of expression, and the right to contrarian views, and the willingness to argue them and to listen to opposing arguments, is a fundamental principle of both academic freedom and free speech.” For Akst, Bard is evidence that strong leadership can and does allow for a vibrant and engaging intellectual community to exist.

On many campuses, the liberal arts seem to be dying. “The humanities and the arts have made a bad case of defending themselves,” Mr. Botstein says. “On some level they’ve been excessively professionalized, and they’ve hidden behind academic language.” The problem is structural as well: “Too many colleges simply have a curriculum that’s an imitation of a graduate school—by departments. Students come with curiosity, and that curiosity doesn’t fit neatly into a departmental boundary. They’re interested in issues.”

That, he says, is why Bard has “hired so many terrific people who are not professional academics.” He cites Mr. Buruma, the writer Luc Sante, the historian and Journal columnist Walter Russell Mead, and Stephen Shore, who “may be the finest photographer of his generation, right? He never went to college.”

Mr. Botstein insists the liberal arts have economic as well as moral and aesthetic value: “Liberal-arts graduates do extremely well, compete very successfully in a rapidly changing world. They acquire the skills of improvisation, of learning, of adaptation, of articulating who they are and what they want.” Example: “The person we celebrate most as one of the great entrepreneurs of our time, Steve Jobs—one of his great geniuses was his sense of design. The idea that the arts are irrelevant, purely decorative, is an American delusion.”
This points to one of Mr. Botstein’s suggestions for why Bard has escaped student outbursts over inauthentic banh mi sandwiches, hurtful Halloween costumes and terrifying viewpoints. “There is a lot of very committed and liberal thinking and speaking in very well-endowed institutions,” he says. “These very wealthy institutions are not doing anything, but they’re espousing points of view. Bard is poor and runs eight inner-city high-school early colleges, has the largest prison-education program in the country, is educating refugees in Jordan, and has a college and a graduate program on the West Bank. So the institution has made a commitment to the connection between education and social justice on the ground.”

Another reason for the absence of campus discord, one Bard professor tells me, is that the imposing Mr. Botstein simply won’t stand for it. On that score the president demurs. “It’s not about standing for it,” he says. “It is about the willingness to listen. The thing that I fear most is the absence of civility; I don’t fear the argument. You have to transmit to the student that you are fundamentally on their side. They see a world filled with injustice. They see a lot of rhetoric that’s not matched by reality. They’re impatient, which is age-appropriate, and we are not their adversaries—we’re their advocates. But advocacy doesn’t always mean agreeing with them. It does demand that you take them seriously.”

Accordingly, Mr. Botstein isn’t dismissive of trigger warnings and safe spaces. Warnings are fine, he says, as long as students read the warned-of text; and Jews and Catholics, as earlier newcomers to higher education, built Hillel and Newman centers as their own safe spaces.