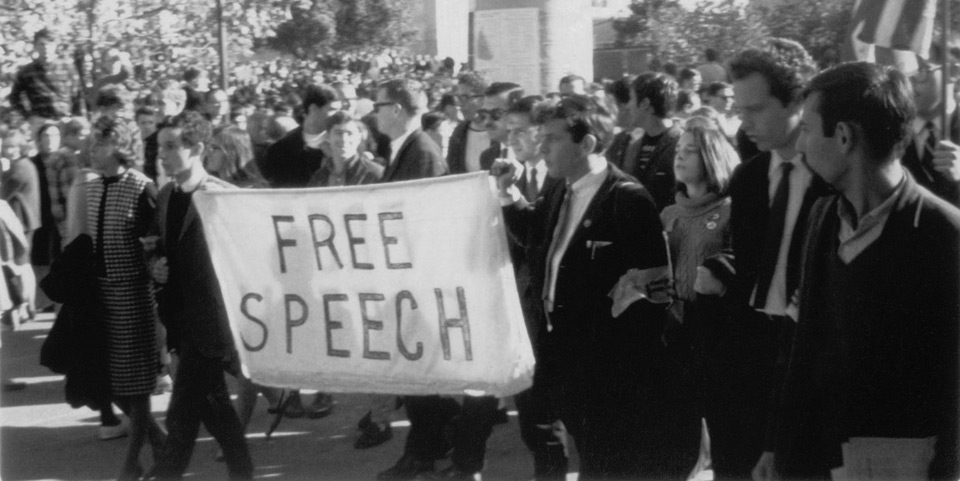 In many ways it is.  My colleagues and my students welcome difficult speakers to campus. Bard students started a Tough Talks Lecture Series that brings people to campus whose views are solidly outside of mainstream opinion. Students began our Dorm Room Conversation Series to have conversations with colleagues on difficult questions. And we have initiated the Campus Plurality Forum to nurture the habit of having truly honest and difficult conversations with experts and colleagues who seriously disagree.

My students search out ideas they disagree with, aware that the best way to challenge and hone our own opinions is to argue with those with whom we vehemently disagree. They understand that John Stuart Mill was right, that “both teachers and learners go to sleep at their post, as soon as there is no enemy in the field.” They know that free speech is important because only in listening to others with whom one disagrees does one come to expand one’s own understanding and love for the world.

Just a few weeks ago I linked to the new PEN report “Chasm in the Classroom,” which argues that critics of those who claim there is a crisis of free speech offer a caricature of student attitudes. I continue to believe that most students and most college faculty believe that college must be a safe space for difficult and challenging dialogue. I am wary of speaking of a crisis. I find the PEN report convincing when it says, “we do not believe that campuses are experiencing a unique crisis separate from the tensions and fissures pulling apart American society at large. However, we do see a looming danger that our bedrock faith in free speech as an enduring foundation of American society could give way to a belief that curtailing harmful expression will enable our diverse population to live together peaceably.”

As much as I resist the language of crisis, it is clear that there is a danger of losing our bedrock faith in the importance of free debate. Democracies thrive on dissent and American democracy has survived so long in part because of a tradition of political tolerance for those with whom we seriously disagree. While extreme political polarization does not mean the end of democracy, it does erode the norms of toleration and plurality necessary for a pluralist democracy.

And current events make it hard to deny that we are witnessing at least some kinds of crisis of intellectual and political toleration.  Just this week Middlebury College—the same College that allowed students to violently shut down a talk by Charles Murray two years ago—has canceled a talk by the Polish Catholic Philosopher Ryszard Legutko. The headline in the Washington Free Beacon says all that needs to be said: “Middlebury College Cancels Conservative Philosopher’s Lecture on Totalitarianism.” As Alex Griswold reports on the censorious and illiberal demands of the students and the spineless cowardice of Middlebury’s administration.

A professor of philosophy at Jagiellonian University and a member of the European Parliament, Legutko was scheduled to speak Wednesday at the Vermont college's Alexander Hamilton Forum, delivering a lecture entitled "The Demon in Democracy: Totalitarian Temptations in Free Societies." A member of the anti-Communist Polish resistance during the Cold War, Legutko warns that western democracy is also susceptible to creep towards totalitarianism.

But in the days leading up to the speech, some Middlebury students and professors wrote an open letter demanding the university rescind its sponsorship. The liberal activists took issue with Legutko's pointed critiques of multiculturalism, feminism, and homosexuality, calling them "homophobic, racist, xenophobic, [and] misogynistic."

"Inquiry, equity, and agency cannot be fostered in the same space that accepts and even elevates homophobic, xenophobic, misogynistic discourse," they demand. "Bigotry of any kind should not be considered a form of inquiry."

The chairmen of both departments denied the activists requests, defending the event on grounds of academic freedom. But hours before the event was scheduled, Middlebury Provost Jeff Cason and Vice President for Student Affairs Baishakhi Taylor sent a campus-wide email indicating the lecture was canceled.

The point in talking about such examples of political and intellectual intolerance is not to pillory students or to demonize the administrators, although the latter should know better. It is to remind ourselves that if a college is to stand for anything, it should stand for the ideal of free inquiry and contested ideas.

Defending free speech in an academic institution has nothing to do with Constitutional rights. Free speech is the lifeblood of intellectual inquiry. Hannah Arendt knew this and she defends free speech on the grounds of plurality: “We know from experience,” Arendt argued, “that no one can adequately grasp the objective world in its full reality all on his own, because the world always shows and reveals itself to him from only one perspective, which corresponds to his standpoint in the world and is determined by it.” For Arendt, the freedom of speech means that we will always hear other opinions, other perspectives, and other arguments than our own. Free speech is the foundation of all expansive and right thinking. “Only in the freedom of our speaking with one another does the world, as that about which we speak, emerge in its objectivity and visibility from all sides.” Free speech is about seeing the world as it is, in all of its plurality and uniqueness. As she writes:

If someone wants to see and experience the world as it ‘really’ is, he can do so only by understanding it as something that is shared by many people, lies between them, separates them, showing itself differently to each and comprehensible only to the extent that many people can talk about it and exchange their opinions and perspectives with one another, over against one another.

The freedom to speak one’s opinion is the root of politics and right thinking. This is true not because free speech leads to truth, but because it expands our understanding and forces us to confront the real plurality of the world.