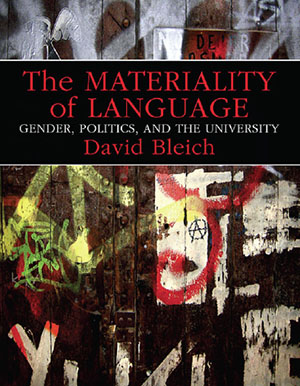 Roger Berkowitz
Professor David Bleich of the University of Rochester has been suspended from teaching because he spoke aloud the n-word while reading from a short story that had been assigned to the class and then by reading from an article by Harvard Law School professor Randall Kennedy, who is a prominent expert on the history and use of the n-word.The Academic Freedom Alliance has written a letter of protest that can be found here.

We are concerned about the University of Rochester’s handling of complaints involving Professor David Bleich. As you know, the University of Rochester received a complaint from students that Professor Bleich had said the “n-word” and other “four letter words” during a September 21 session of his class on Gender and Anger offered by the Department of English. According to your letter, he “read aloud” an article by Harvard Law Professor Randall Kennedy that included multiple mentions of the n-word. This apparently occurred after and in response to a previous discussion with students in the class about the use of the word. (We understand that there is a factual dispute over whether Professor Bleich had told the students that he would not say the word again in the future.) He has been suspended from teaching and a number of onerous conditions have been put on him before he will be allowed to return to his teaching duties.

In an email explaining the letter, the Academic Freedom Alliance, offers a statement from Randall Kennedy, author of Nigger: The Strange Career of a Troublesome Word. Kennedy writes:  “It is profoundly disturbing to see an instructor investigated and disciplined for grappling in class with a term that has had and continues to have a hugely consequential place in American culture.  The demand to make this term – ‘nigger’ – literally unmentionable is a demand that ought not be honored.  Compelled silence or bowdlerization is antithetical to the academic, intellectual, and artistic freedom essential to higher education.”