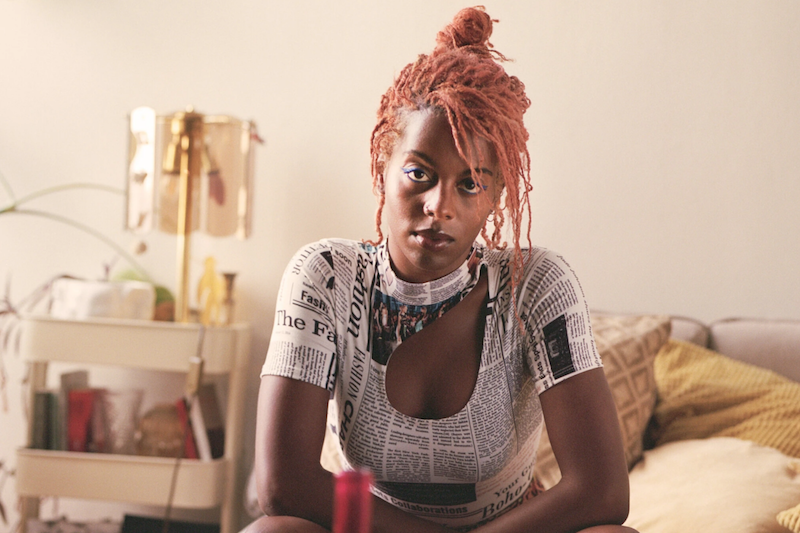 Recently the Hannah Arendt Center Race and Revolution lecture series featured a conversation between my former student Juliana Huxtable and Kimberly Foster. Now Philip Maughan pens a profile of Huxtable that offers one way to think about critical thinking: To resist simplicity and to make the world beautifully chaotic.

It’s said that stories about vampires often increase before empires collapse. Yet something we tend to forget is that it’s not the pain of being bitten we fear but the overflow of ecstasy it brings – an encounter with unstoppable emotion. “I AM NOT ONE FOR THE FAINT HEARTED,” warns the text that accompanies Huxtable’s most recent exhibition Infertility Industrial Complex: Snatch the Calf Back. “COMPREHEND THE VIOLENCE I’VE ENDURED.”
Huxtable was born intersex and initially assigned as male, transitioning in adulthood and drawing the multiple oppressions of being female, Black, and trans into her work – not to decode them, but to push them into new territories. For Huxtable, questions of gender are not an end but a tool for critical work on everything from political and subcultural aesthetics to trans speciesism and evolutionary biology. It brought her to the question of epigenetics – the way historic traumas can affect DNA and pass between generations.
“So much of how the world is processed is filtered through the lens of identity,” she says. “Something like epigenetics is interesting to me because, for the most part, it’s been used as a justification for some type of essentialism where it’s like this is why black people behave this way or have these health issues.” But if you zoom out and resist the simplest interpretation you see that “anything and everything around us, like my interaction with the tree when I was three years old, could be carried in through like some sort of epigenetic inheritance. It actually makes the world even more beautifully chaotic. It doesn’t make it more of a narrative that supports a kind of cultural and biological and racial and gender essentialism. It actually undoes that.”