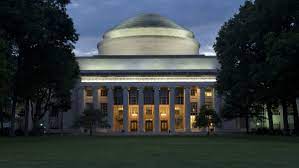 As Amor Mundi Readers know, I am a founding member of the Academic Freedom Alliance. This week the Alliance sent a letter to MIT protesting the disinvitation of University of Chicago Professor Dorian Abbot. Professor Abbot had been invited to give a prestigious lecture in his specialty field of climate and planetary science. But because of an essay Professor Abbot published in Newsweek arguing that Diversity, Equity, and Inclusion programs, while well intentioned, are inconsistent with the mission of universities, students at MIT protested and MIT relented and disinvited Professor Abbot from giving the 10th annual Carlson Lecture. One can disagree with Professor Abbot’s view on DEI programs—there are good intellectual as well as political reasons for universities to endeavor to diversify its faculty. But to disinvite Professor Abbot because of his opinions on diversity programs is a grave disservice to MIT’s students, including those who demanded the disinvitation. Professor Abbot was to speak and answer questions and I have no doubt he would have answered questions about his views on DEI. Asking such questions and hearing Professor Abbot's answers is what students at MIT should hope to experience at college. It is how we all learn to question our opinions and prejudices and it is how we also learn to live in a pluralist society in which reasonable people disagree. To deprive students of the experience of encountering those with whom they disagree is an abdication of MIT’s intellectual mission. You can read the letter from the Academic Freedom Alliance here. The letter begins:

We are dismayed about the recent decision to disinvite Dorian Abbot who was scheduled to deliver the 10th annual John Carlson Lecture in the Department of Earth, Atmospheric and Planetary Science at the Massachusetts Institute of Technology. As you know, he was invited to deliver the Carlson Lecture, and his lecture was to be delivered on October 21, 2021 with the announced title of “Climate and the Potential for Life on Other Planets.” The lecture is a significant professional honor and important venue for the communication of scholarly knowledge to a professional and public audience. Professor Abbot, a tenured professor in the Department of Geophysical Sciences at the University of Chicago, intended to share his scholarly expertise on climate and exoplanets. Soon after the public announcement of the lecture, activists began a campaign to have Professor Abbot disinvited on the explicit grounds that he held disfavored political views (as it happens, on matters utterly unrelated to the topic of his Carlson Lecture). On September 30, he was informed that this campaign had successfully pressured the department into rescinding its invitation and cancelling this year’s Carlson Lecture.