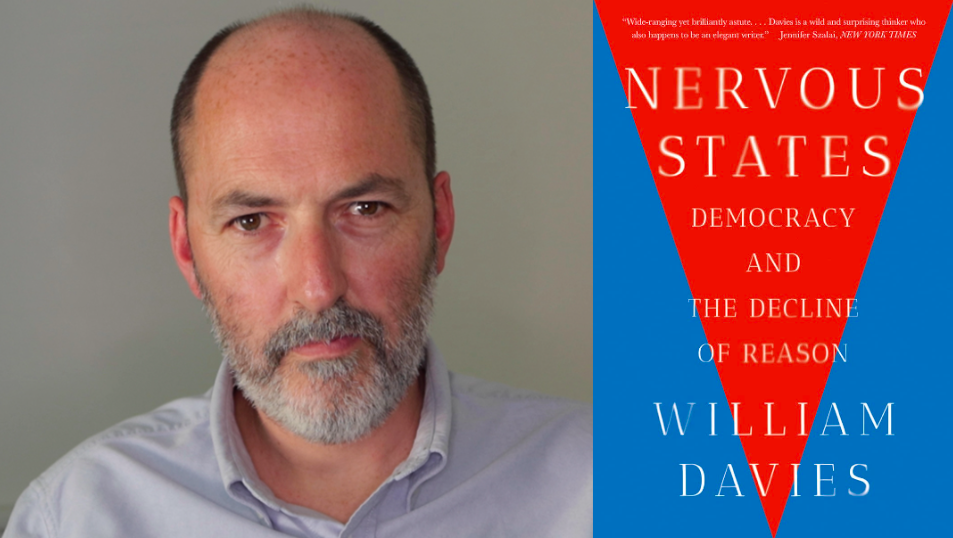 William Davies’ Nervous States is one of my favorite books published in recent years. In it, Davies argues that we are past the point of no return at which emotion has overwhelmed reason as the foundation of our public life. Davies tells an important and largely untold history that begins with the conflict between Thomas Hobbes and the British Royal Society in the 18th century. In Davies’ story, it was the Royal Society that paved the way for the authority of neutral experts to replace partisan and emotional reason with expertise. While the Royal Society was indebted to Hobbes’ rationalism, Hobbes never joined the Royal Society. Against the reign of experts,  Hobbes argued that humans are biased and that even experts can't be trusted to observe and analyze politics in a neutral manner. Through this conflict, Davies opens a window on the beginning of our 300 year failed experiment to secure a legitimate government of rational problem solvers. Experts and facts, Davies rightly sees, no longer settle arguments. We have returned to what he calls the baseline nervous states, that "murky territory between mind and body." And in the digital age, Davies writes that algorithms and data science allow us to maximize and harness emotions for conflict. Near the end of his book, Davies writes:

The elites who are in trouble are the ones whose lineage begins in the seventeenth century: journalists, experts, officials. They are the ones whose task it was originally to create portraits, maps, statistical models of the world, that the rest of us were expected to accept, on the bassist that they were unpolluted by personal feelings or bias. Social Media has accelerated this declining credibility, but it is not the sole cause.

William Davies will be one of the keynote speakers at the Hannah Arendt Center Conference Rage and Reason: Democracy Under the Tyranny of Social Media (Oct. 13-14). Registration is now open.  You can order his book Nervous States  here.