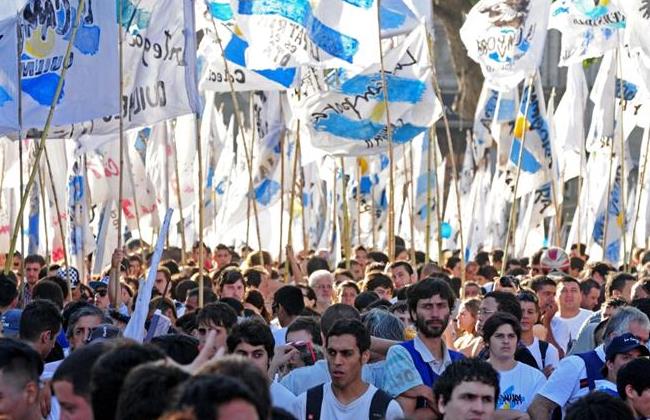 Norbert Lechner and the Uses of Arendt in Argentina

“Terminologically speaking, the effort to recapture the lost spirit of revolution must, to a certain extent, consist in the attempt at thinking together and combining meaningfully what our present vocabulary presents to us in terms of opposition and contradiction. […] The political spirit of modernity was born when men were no longer satisfied that empires would rise and fall in sempiternal change; it is as though men wished to establish a world which could be trusted to last forever, precisely because they knew how novel everything was that their age attempted to do”.

The applications of Arendt's writings in Argentina, now diverse since the fall of the Berlin Wall, date back to the years of democratic transition in the 1980s. It is no coincidence that Arendt’s reading in our region is associated originally with the transition rooted in “revolution” to the political vision of "democracy," as evident in the thinking of political scientist Norbert Lechner (1939-2004). Though he began living in Chile in the early 1970s, Lechner was born in Germany, and he maintained a continuous critical dialogue with classical German thought (from Kant to Marx) as well as with contemporary German thought (Luxemburg, Lukács, Bloch, Adorno, Arendt, Luhmann, and Habermas among others).

A turning point in the intellectual route of Lechner occurred after the publication of his book The Crisis of the State in Latin America (1977), which originally registered Lechner in the stream of Western Marxism. Although he would never separate himself from this stream, Lechner would undertake, in subsequent years, a dialogue and a critical review that involved, inter alia, a critique of structuralism's scope and ability to account for the intersubjectivity and the dimension of political actors. At this point precisely, he made use of Arendt’s thought, within which he found elements that allowed him to rethink the dominant understanding of politics in the 1970s.

The Arendtian conceptualizion of action was relevant to Lechner insofar as it refers to a non-technical, instrumental dimension of politics. This led Lechner to label insufficient the Marxist problematization of the specificity of praxis as a field of a proper human interaction for its grounding merely in the categories of labor and work. Action immersed in plurality locates politics as an activity that entails the recognition of others as equals, but at the same time, it allows for the revelation of the unique distinctness of each person. Equality and distinction are not opposite terms, for they constitute the arc of tension of the political as the place for the disclosure of who somebody is and the shaping of shared sense frames. Politics thus conceived implies a double displacement: from the centrality of the subject towards plurality, and from an instrumental logic towards agonistic dynamics of interaction. Lechner retrieveed these elements of Arendt’s vision of the political, features which enabled him both to forge a critical distance away from Marxism and to begin to understand politics as a human activity inherently conflictive and plural yet nevertheless irreduced by any framework dominated by strategic calculation (rational choice). In this sense, his book The Conflictive and Unfinished Construction of the Desired Order (1984) can be conceived as an attempt to deploy a new understanding of politics that, positing Arendtian plurality, recognizes its irreducible conflict without ignoring the construction of an order, albeit perhaps unfinished. Lechner seems thus to recover “the lost spirit of revolution”, disassembling the false political oppositions between innovation or establishment of an order, conflict or consensus, subjectivity or structure.

As Arendt pointed out in On Revolution, it is necessary to think together the concepts that political tradition has presented to us “in terms of opposition and contradiction” in order to understand politics as a constitutive tension between the manifestation of novelty and the establishment of a stable order--i.e., between the irruption of the unexpected action and the institutions as reproduction of the established--in agonistic dynamics of conflictivity and dialogue. This perspective helps to re-position democracy as an institutional framework that makes the controversial game of plurality possible and that puts its limits into question in so far as the political always exceeds them with the emergence of the new and unexpected. The desired order of Lechner is also that horizon that moves and seems unattainable but that stimulates politics beyond what is established. Perhaps this conception of politics as the conflictive and unfinished construction of a desired order allowed us to foresee what would become evident over the next few decades: the challenges of "transition" would not be depleted in the consolidation of democratic institutions.

Therefore, it may be necessary to rethink the meaning of revolution in democratic times, and in this way, the words of Arendt’s quote and the uses of Lechner still resonate significantly and illuminate the tasks of politics in today's world.