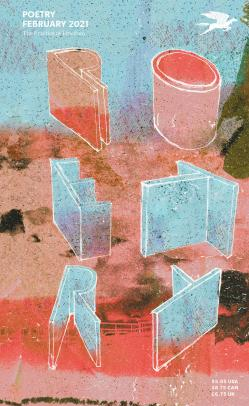 Old Letters From Loved Ones

Jacob Rivers
The latest issue of Poetry Magazine, guested edited by poets Tara Betts and Joshua Bennett, focuses on work written by currently and formerly incarcerated poets, bringing a systematically suppressed chorus of voices to the forefront of the poetry community’s publishing landscape. Editor Tara Betts writes in her introduction to the issue, “The contributors, who are often no longer perceived as people in the non-incarcerated world, are indeed human. Many of them have partners, families, friends, and try to help other people. Some of them have made mistakes. Some have faced cycles of violence and abuse themselves. I hope that people come to this issue with open minds, and I’d like to underscore that openness by saying that poets are not members of the jury.” The poems within the magazine offer readers a lyrical lens that examines the physical confines of incarceration as well as the confines of a politics that disproportionately targets Black and Brown men. Among the poems is “In my cell” by Mike Owens, of which the last two stanzas read:

Old letters from loved ones,
some who left to join the ancestors,
some who just left.

And of course, my guilt,
always in the periphery of my vision,
weighing down the air.

Owens’s poem lists the objects that have become common place (and common company) to the speaker’s space, which not only includes personal objects such as letters from loved ones, but also lists a sense of claustrophobia; a culpability that the speaker of the poem cannot ignore.

The significance of Poetry Magazine’s decision to highlight the work of incarcerated poets demonstrates an active effort to create a space for poets whose voices in the past have been ignored by mainstream readership. In this issue, Poetry Foundation, having been a stalwart of publishing poetry by prominent poets since the early 20th century, archives these voices. Hannah Arendt considered poetry to be an art that endures time better than any other. In The Human Condition, she writes, “Of all things of thought, poetry is closest to thought, and a poem is less a thing than any other work of art.” By creating an archive of these voices, poetry is given an enduring window into a thought not often experienced by its normal readership