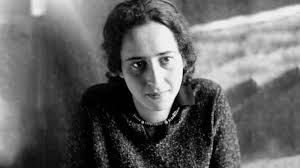 On the Authority of Children

“Have we now come to the point where it is the children who are being asked to change or improve the world?” --- Arendt, “Reflections on Little Rock,” 496

You’ve seen clips of Greta Thunberg at the U.N. and the Climate Strikers on the streets; you remember how the March for Our Lives movement erupted after the school shooting in Parkland, Florida. When Arendt asked in 1959 whether children were being tasked with changing the world, the Little Rock Nine were enacting the change decreed by Brown vs. the Board of Education. Now, high schoolers are the ones bringing lawsuits and demanding action to bring change.

So Arendt’s rhetorical question is, if anything, more pointed than before. But what does the trend toward youth-led activism mean for political change? Is it the beginning of a genuinely new movement, a cause for hope and celebration? Or is it a sign of something old, in an attention-getting guise?

For Arendt, the appearance of children in the political realm was symptomatic of the widespread loss of political authority. She saw the stabilizing influence of authority being rejected in the same way as tradition and religion had been undermined in centuries prior.  Because political authority has long been based on the close analogy with parental authority, she observed, the dissolution of public authority naturally travels back into the private sphere, leaving children to take on inappropriate adult roles. In the historic photo of young Elizabeth Eckford, calm and alone in front of the angry white mob at Central High, Arendt saw evidence of an educational culture that, “by abolishing the authority of adults, implicitly denies their responsibility for the world into which they have borne their children and refuses the duty of guiding them into it.” Today, the youth movements call adults to account exactly for this failure to be responsible for the planet. Like Arendt, they perceive and protest the ways in which previous generations have failed them.

Ironically, Arendt might well have agreed with Greta Thunberg’s assessment: "We're facing an immediate unprecedented crisis… and our leaders are all acting like children.” Conversely, implicitly, our children are acting like leaders. But the tremendous social influence of Generation Z—or the Founders, as MTV has dubbed them—is no substitute for true political or intellectual authority. As her testimony to the U.S. Congress, Thunberg submitted the landmark 2018 Intergovernmental Panel on Climate Change report, insisting, “I don’t want you to listen to me, I want you to listen to the scientists.” Anticipating outrage at the image of a young girl commanding adults, Thunberg uses her moral platform to pass the authority back to the experts.

But Thunberg’s move is an empty shunt. In this post-truth world, science too has lost some of its authority, and scientific reports are no longer a matter of common consensus. And without the buffer of authority, Arendt worries both for children and for the world, which need to be protected from each other. Only through this mutual preservation can the newness that children naturally bring into the world be genuinely new and revolutionary, with respect to a world that is always old. Arendt is concerned about tasking children with working out political conflicts because young people are especially prone to social conformity, and “have neither the ability nor the right to establish a public opinion of their own.” Indeed, she goes even further: the right to be seen and heard and make a public claim, which emancipated workers and women, was “an abandonment and betrayal in the case of the children,” who need the security of privacy in order to grow up.

Arendt’s assessment of adolescence might sound abstract and paternalistic today, especially to hasty readers who might be suspicious of her work on race or enthusiastic about today’s youth movements. But she was prescient about at least one thing: it is the rise of a social sphere, that mix of private and public life, that has swept our youths from the privacy of the home into the public eye. Digital natives win their influence by mastering the social media terrain. And it is in light of the predominance of the social that we must return to the question: what do the youth movements mean for political change?

And the answer is: absolutely nothing. The youth movements are symptomatic of social change, not political change. They do not aim to change the way that power functions: to enfranchise the youth or future generations, for example, or to abolish corporate personhood. In their youthful naivety, they aim for better laws, or at best, at replacing the politicians in power with other politicians. But changes in policy or politicians are not or not automatically political change; and they will not be enough to halt the climate crisis. The mistake of the youth protest movements is that they continue to appeal to an absent authority. They are, as Arendt says, are too new to realize quite how old and structurally entrenched are the problems they wish to solve.

Yet if you need a crumb of hope…  Anyone who has observed a child demanding candy in the checkout aisle knows that children truly are natural activists. They test the limits, again and again; they keenly perceive the moments in which powerful adults least want to be bothered, and their imaginations are unconstrained by the way grown-ups believe things have to be. In Juvenescence: A Cultural History of our Age, Robert Pogue Harrison argues in an Arendtian vein that the synthesis of youthful genius with aged wisdom brings about cultural and political revolutions. If he’s right, it is possible—only possible—that the student-led movements of today are not a further sign of the end of authority, but a turn, a transformation, a Hegelian Aufhebung. For the youth are striving to open that rare space where human beings, young and old, can speak and act together to generate power.

It may be that today’s youth movements represent both the ongoing death throes of authority, and the birth pangs of a new political community. And this ambiguity is what makes the spectacle so engrossing. [1] See Juliana vs. the United States. Filed in 2015, the youthful claimants charge the U.S. government with endangering their right to life, liberty, and pursuit of happiness through actions promoting and allowing climate change. The lawsuit is currently on hold in the Court of Appeals for the Ninth Circuit. More info: https://www.ourchildrenstrust.org/juliana-v-us
[2] “What is Authority,” 9 and 3.
[3] “Crisis in Education,” from https://thi.ucsc.edu, 10.
[4] In her description of the photo in “Reflections on Little Rock”, Arendt mentions a white man, a friend of Eckert’s father, who does not appear in this image. This photo is more broadly disseminated and frequently taken by scholars to be the one to which Arendt refers. Photo by Will Counts, then photographer for the Arkansas Democrat newspaper - http://www.spartacus.schoolnet.co.uk/USAPcounts.htm, Fair use, https://en.wikipedia.org/w/index.php?curid=1298317
[5] “Reflections on Little Rock,” in Interracialism : black-white intermarriage in American history, literature, and law, ed. Sollors (Oxford, 2000), 496. Arendt’s arguments against the desegregation of schools are too complex and contested for me to address here. For the moment, I want to isolate and consider the striking parallel of the images of young people at the frontlines of political change.
[6] Germanos, Andrea (2018-10-31). "'This Is Our Darkest Hour': With Declaration of Rebellion, New Group Vows Mass Civil Disobedience to Save Planet". Common Dreams. Retrieved 2019-07-22.
[7]https://www.theguardian.com/us-news/2019/sep/18/greta-thunberg-testimony-congress-climate-change-action
[8] Crisis, 8; Thomas Wild, “For the Sake of What is New”, https://medium.com/quote-of-the-week/for-the-sake-of-what-is-new-ee3ba174c207
[9] “Little Rock,” 502
[10] “Crisis,” 9.
[11] Ibid. Arendt’s distinction between the social and the political has been much discussed and critiqued. See for just one example Bernasconi, “The Double Face of the Political and the Social: Hannah Arendt and America's Racial Divisions” Research in Phenomenology, Vol. 26 (1996), pp. 3-24. I don’t insist that the spheres never overlap, but the distinction is clearly a real and useful one.