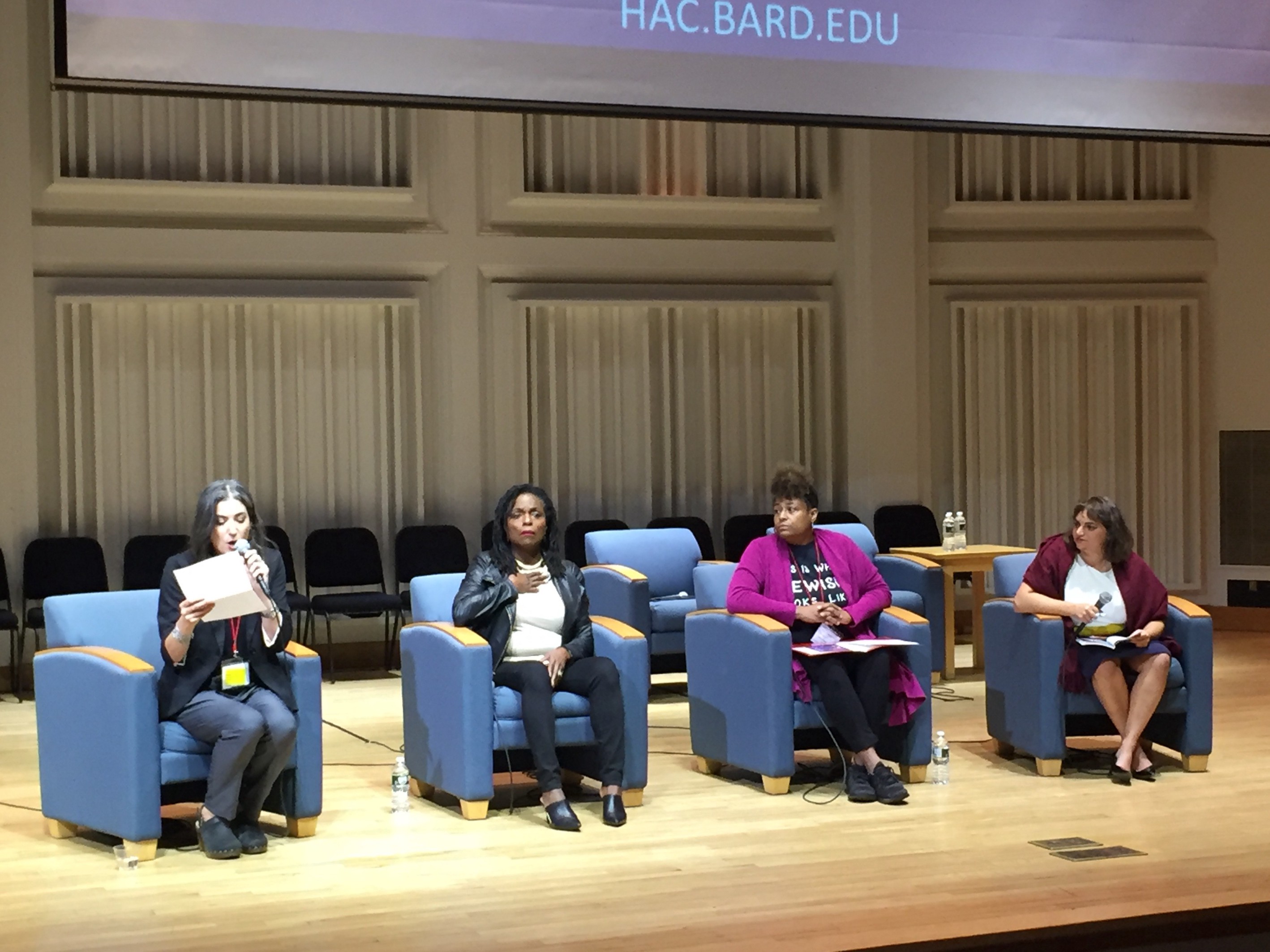 On the Hannah Arendt Center’s Conference: “Racism and Antisemitism”

10-16-2019
Batya Ungar-Sargon, Reverend Jacqui Lewis, Shahanna McKinney-Baldon, Amy SchillerAfter the 12th Annual Hannah Arendt Center Conference, this year on “Racism and Antisemitism,” the journalist Batya Ungar-Sargon posted an editorial in the Forward claiming she was protested at Bard College for being Jewish. She said she was prevented from continuing to speak, and that Bard College had no plan to deal with the protesters. Ungar-Sargon also accused other speakers at the conference of antisemitism because they supported the rights of the protesters to protest. Ungar-Sargon’s account has been widely contested; numerous people in attendance at the conference have written to present alternative perspectives. For accounts of what happened, please read these responses linked to below:
Kenneth S. Stern, director of the Bard Center for the Study of Hate, Letter to the Editor: I Was at the Bard Anti-Semitism Panel, and Saw Deep Disagreement, not Singling Out of Jews
Roger Berkowitz, academic founder and director of the Hannah Arendt Center, https://forward.com/opinion/letters/433122/letter-to-the-editor-i-organized-the-bard-conference-and-batya-ungar/