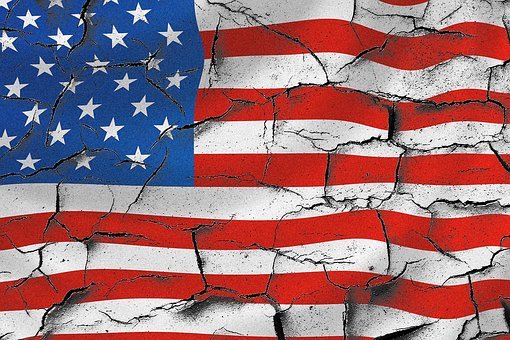 Michael Lind writes that “Many Democrats claim that Republicans are destroying the republic. Many Republicans claim the reverse. They are both correct.” This is not at all to equate the two sides of our political dystopia, but it is to recognize that there is a feeling of disempowerment and Armageddon on across the political divide. Lind argues that this premonition of imminent destruction maps onto five crises facing the American Republic. The first one he calls the political crisis.

The political crisis. The political crisis is the centralization of power in a small number of ambitious elite factions and coteries. Between the 1830s and the 1970s, the two major parties were coalitions of smaller de facto parties, each of which, in turn, was a federation of state and local party organizations. The nature of the parties as pluralistic grassroots federations limited the autonomy of national politicians. It also limited the power of presidents and congressional leaders, who were picked by party bosses and had to govern by consensus.

Thanks to the misguided adoption of party primaries in the 1970s, a democratizing reform that backfired, American politicians today tend to be picked by the small number of zealots of various kinds who show up to vote in party primaries. The national parties themselves are no longer functioning organizations, but mere brands, which Donald Trump successfully seized and which Bernie Sanders, another outsider, came close to grabbing. The organizations that count are shifting, kaleidoscopic alliances of donors, politicians, consultants, media operatives and ideologues.

At the same time that the parties have crumbled as grassroots federations, politics in the United States has been nationalized. There are no longer any conservative Alabama Democrats or liberal Connecticut Republicans. The party line in each party is set by national leaders and their donors, spin doctors and pet journalists. The collapse of local journalism means that most Americans no longer get news about city and state governments. Increasingly they choose sides in city council races or state legislative races on the basis of national partisan identities.

This liberates national political leaders—Nancy Pelosi and Chuck Schumer and Mitch McConnell, no less than Barack Obama and Donald Trump—from the constraints that previous holders of the same national offices held. And the elderly Boomer politicians of our time in both parties have chosen to wield their enhanced power to delegitimize the mere existence of the other party as a threat to the nation that must be humiliated if not annihilated.