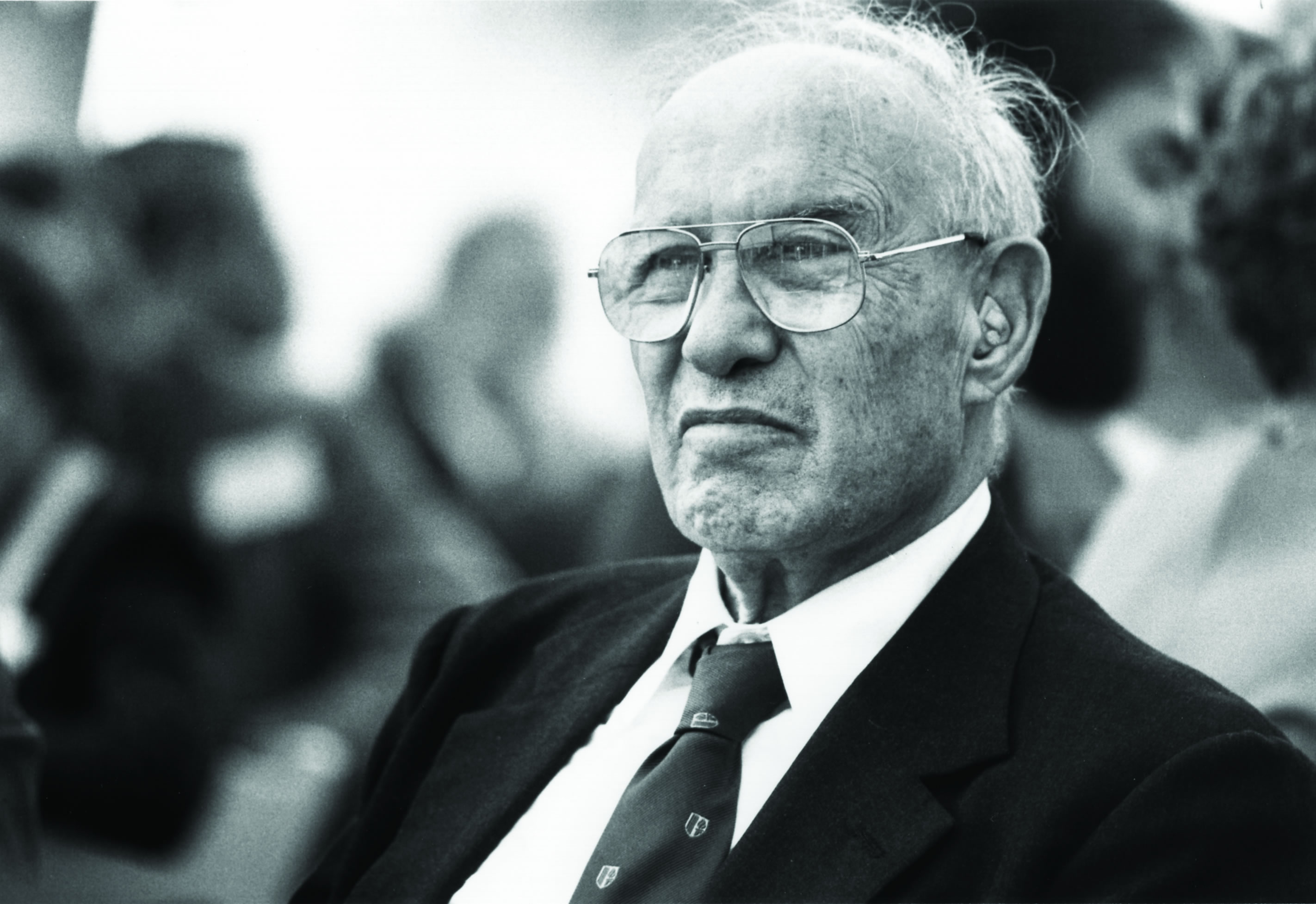 "The most serious mistakes are not being made as a result of wrong answers. The truly dangerous thing is asking the wrong questions."

Peter F. Drucker was born in 1909 in Vienna, Austria. He was educated in Austria and England and earned a doctorate in public and international law at Frankfurt University in Germany. A social ecologist, writer, consultant, and retired professor, he has published 41 books. His books on economics, politics, society, and management have been translated into 37 languages. Coordinated with his writings, he developed a series of professional training programs including, most recently, a series of on-line courses on management and business strategies.

Dr. Drucker wrote a regular column in the Wall Street Journal for 20 years. He has published articles in professional journals and publications including The Economist, Harvard Business Review, The Atlantic Monthly, Financial Times, Foreign Affairs, Fortune, Inc., and Harpers.

Dr. Drucker received the Presidential Medal of Freedom, the United States' highest civilian honor, and orders from the governments of Japan and Austria. He holds 25 honorary doctorates from American, Belgian, Czech, English, Spanish, and Swiss universities. He served as the president of the Society for the History of Technology from 1955 to 1960.