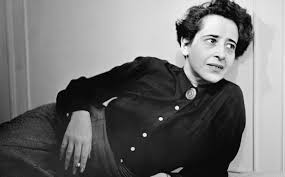 “Human plurality, the basic condition of both action and speech, has the twofold character of equality and distinction.” Arendt sets plurality as the foundation of her understanding of man as a political being. According to plurality, we are all equal, which means we can understand each other and those ancestors who came before us and those will come after us. And yet, as distinct, we need to seek to make ourselves understood. We need to appear before others through our speaking and acting. In acting and speaking, we show ourselves to be meaningfully distinct—not merely through our natural, racial, religious, and physical otherness—but by our opinions and appearance in the world. Our distinctness is what makes us not merely animals but “qua men.”

Human plurality is dangerous. It announces real and meaningful differences. “And as living amidst plurality, we can threaten each other.”  Thus politics, the activity that is founded upon plurality is dangerous and threatening as it requires that we engage with and seek to think with and understand those who are meaningfully different from ourselves as nevertheless human and part of our common world. This is the source of the ancient prejudice against politics that begins with Plato and accelerates in the modern world; we are terrified that actually reconciling ourselves with the plurality of our world will lead to danger, destruction and tragedy. So we turn away from politics to expert government, administration by elites, and technocracy, all of which leads to resentment against government and romanticization of violence as a way to to re-imagine ourselves as active political agents.

Few writers and thinkers today have such an intuitive embrace of plurality amidst its dangers than does the novelist Marilynne Robinson (you can read my take on Robinson with Anna Hadfield here). Robinson creates in her fiction a world in which literacy and writing build a mythic and human world, one that is intimately attuned to the plethora of differences and distinctions amongst otherwise equal persons. In her embrace of both distinction and equality, Robinson reflects Arendt’s own commitment to human freedom as an expression of our plurality.

Robinson has a new book out, Jack, and Hermione Lee offers a reflection on the importance of freedom and plurality at the root of Robinson’s fiction.

John Ames, the old preacher who has lived in the small town of Gilead, Iowa, all his life, where he is the Congregationalist minister, tells the story of Gilead, the first of a series of interconnected novels that Marilynne Robinson has been publishing since 2004. Toward the end of that meditative, troubled, searching book, the dying minister says that other peoples’ souls are, in the end, a mystery to him. Try as we might, “in every important way we are such secrets from each other…there is a separate language in each of us.” Each human being, he thinks, “is a little civilization built on the ruins of any number of preceding civilizations.” We have “resemblances,” which enable us to live together and socialize. “But all that really just allows us to coexist with the inviolable, untraversable, and utterly vast spaces between us.”

The question that haunts her work—can people change?—is one to be asked of societies as much as of individuals. It is a theological question too. Like the great American writers she is so steeped in—Hawthorne, Whitman, Melville, Dickinson, Twain—there is a profound issue of freedom at the core of her novels. Can we change our lives?

As if in answer, every so often Robinson unlocks the prison of the self and lets us out into the world of other lives, wider spaces.