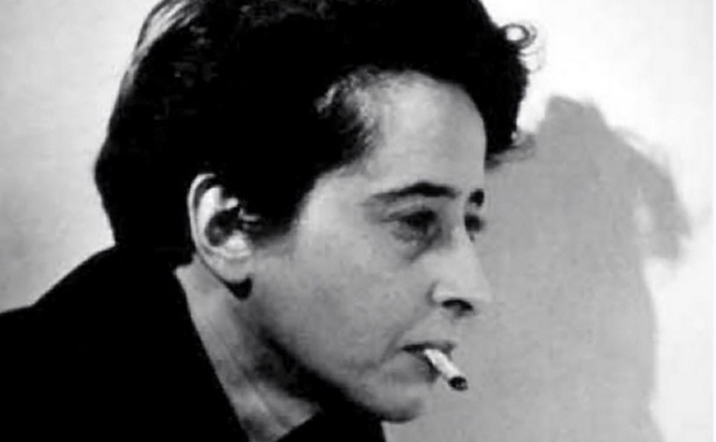 That politicians lie is hardly news. Politics and truth, Hannah Arendt reminds us, have never been on good terms. "Lies have always been regarded as necessary and justifiable tools not only of the politician's or the demagogue's but also of the statesman's trade." And yet, Arendt raises the question of "what injury political power is capable of inflicting upon truth." Her answer is that the assault on fact is an assault on the shared world, the experience that we are amidst our differences inhabitants of a common world. This shared world is comprised of facts, stories, and opinions that, collectively, make up the "ground on which we stand and the sky that stretches above us." And this common world is, along with the facts and stories that comprise it, vulnerable to politics. Facts and events are fragile things and once they are lost they will hardly be brought back into existence. The chances that truth and facts will survive an onslaught of political power are slim. Which is why Arendt insists that there is no right that allows the politician "to touch the factual matter itself." It may be that facts are contingent and political; it may be that facts and opinions belong to the same realm. But none of this is an "argument against the existence of factual matter, nor can it serve as a justification for blurring the dividing lines between fact, opinion, and interpretation." For when factual truths are denied and substituted for by lies, the result is cynicism: "an absolute refusal to believe in the truth of anything, no matter how well this truth may be established." And it is cynicism, Arendt argues, that is the true goal of totalitarians: "The aim of totalitarian education has never been to instill convictions but to destroy the capacity to form any."

Against the background of Arendt's reflections on the vulnerability of the factual world, it is worth thinking about Facebook's new policy on political ads that says, simply, that politicians can say whatever they want, no matter the truth. That is why Facebook has recently run an ad claiming that Joe Biden gave the Ukrainian attorney general a billion dollars not to investigate his son. According to the NY Times, Facebook’s “position stands in contrast to CNN, which rejected two ads from the Trump campaign last week, including the one the Biden campaign asked Facebook to take down. The cable channel said it rejected the ad because it “makes assertions that have been proven demonstrably false by various news outlets.”As Aaron Sorkin writes in an open letter to Mark Zuckerberg, “Every square inch of that is a lie and it’s under your logo. That’s not defending free speech, Mark, that’s assaulting truth.”

Facebook’s policy to run all political ads is, in essence, a voluntary embrace of the same policy that broadcast networks like ABC, NBC, and CBS are legally required to follow. Ads by politicians must be aired by these networks even if they contain blatant falsehoods. The argument for such a policy is that if free speech matters, political speech matters the most. In a democracy, there should be no censorship of political speech. To police the veracity of political ads is to impose censorship; the people themselves should be able to decide what is true and false.

The same rules do not apply to cable networks. Thus CNN could refuse to air the same ad that Facebook ran about Joe Biden, explaining “the commercial failed to meet its advertising standards. “In addition to disparaging CNN and its journalists, the ad makes assertions that have been proven demonstrably false by various news outlets, including CNN,” a network spokesman said.”

Facebook defends its policy as upholding free speech: “Our approach is grounded in Facebook’s fundamental belief in free expression,” writes Katie Harbath, the company’s policy director for global elections. And Mark Zuckerberg, Facebook’s CEO, told Congress that Facebook’s “policy is that we do not fact-check politicians’ speech. And the reason for that is that we believe that in a democracy it is important that people can see for themselves what politicians are saying.”  In a speech at Georgetown University, Zuckerberg added: “People having the power to express themselves at scale is a new kind of force in the world — a Fifth Estate alongside the other power structures of society… the long journey towards greater progress requires confronting ideas that challenge us.” In short, Facebook can amplify opinions and lies in a way that allows for lies and opinions to battle in the marketplace of ideas.

While Zuckerberg argues that Facebook empowers people to resist the power of structures of society, Twitter is taking a different approach, arguing that online social media platforms should stay away from paid political social media campaigns. Jack Dorsey, co-founder and CEO of Twitter, announced on Twitter that Twitter would no longer take any political advertisements.

We’ve made the decision to stop all political advertising on Twitter globally. We believe political message reach should be earned, not bought. Why? A few reasons

Dorsey argues that political ads on the internet are fundamentally different both from unpaid political speech and from political ads in newspapers and on tv. The difference, Dorsey suggests, comes from the use of machine-learning and artificial intelligence to target audiences uniquely susceptible to misleading and false information. If political campaigns can identify the vulnerabilities and fears of micro-audiences and develop fake news and false advertisements tailored to appeal to that person’s psychology, the dangers from propaganda on the internet are even greater than traditional mass propaganda.

Dorsey is certainly right about the “increasing velocity, sophistication, and overwhelming scale” of information and misinformation on social media. This is true not only for paid political advertisements, but also for political messages of all kinds. And on Twitter, President Trump hardly needs to pay for advertisements in order to spread lies and conspiracy theories across the web.

As Mike McIntire, Karen Yourish, and Larry Buchanan write in an extraordinary article about President Trump's use of Twitter, the President's Twitter account is an unpaid gateway for conspiracy theories, antisemitic memes, and racist lies.

In September, an obscure Twitter account promoting a fringe belief about an anti-Trump cabal within the government tweeted out a hashtag: #FakeWhistleblower.

It was typical for the anonymous account, which traffics in far-right content and a conspiracy theory known as QAnon, some of whose adherents think that satanic pedophiles control the “deep state.” The Federal Bureau of Investigation recently labeled QAnon a potential domestic terror threat.

Still, that did not stop others, including a Republican congressional candidate, from quickly picking up the hashtag and tweeting it. Within a week, hundreds of QAnon believers and “MAGA” activists had joined in, posting memes and bogus reports to undermine the complaint by a government whistle-blower that President Trump had pressed Ukraine’s leader for dirt on former Vice President Joseph R. Biden Jr. and his son.
Then Mr. Trump tweeted the hashtag himself.

Such is the frenetic life cycle of conspiracy-driven propaganda, fakery and hate in the age of the first Twitter presidency. Mr. Trump, whose own tweets have warned of deep-state plots against him, accused the House speaker of treason and labeled Republican critics “human scum,” has helped spread a culture of suspicion and distrust of facts into the political mainstream.
The president is also awash in an often toxic torrent that sluices into his Twitter account — roughly 1,000 tweets per minute, many intended for his eyes. Tweets that tag his handle, @realDonaldTrump, can be found with hashtags like #HitlerDidNothingWrong, #IslamIsSatanism and #WhiteGenocide. While filters can block offensive material, the president clearly sees some of it, because he dips into the frothing currents and serves up noxious bits to the rest of the world.

By retweeting suspect accounts, seemingly without regard for their identity or motives, he has lent credibility to white nationalists, anti-Muslim bigots and obscure QAnon adherents like VB Nationalist, an anonymous account that has promoted a hoax about top Democrats worshiping the Devil and engaging in child sex trafficking.